There is a good reason not to reach straight for the panic button as a reaction to increased irregular migration flows from Turkey. Since signing the migration deal with the EU, Turkish President Erdoğan has been trying to rattle the European’s nerves with threats of a new migrant inflow. However, the EU’s position vis-à-vis Turkey is not as weak as it appears.

The Turkish government has, in fact, expressed strong interest in continued European financial support for Syrian refugees residing in Turkey. Also, the EU and Greece are better prepared for a migration crisis, than they were in 2015. The worst-case scenario of hundreds of thousands making it from Turkey to Greece is very unlikely. Even if such a scenario were to happen, the EU could unilaterally abolish its customs union with Turkey, terminate the preferential treatment for Turkish agriculture products and halt arms exports to the country. Given the undesirability of this scenario, diplomacy is a much more preferable option. 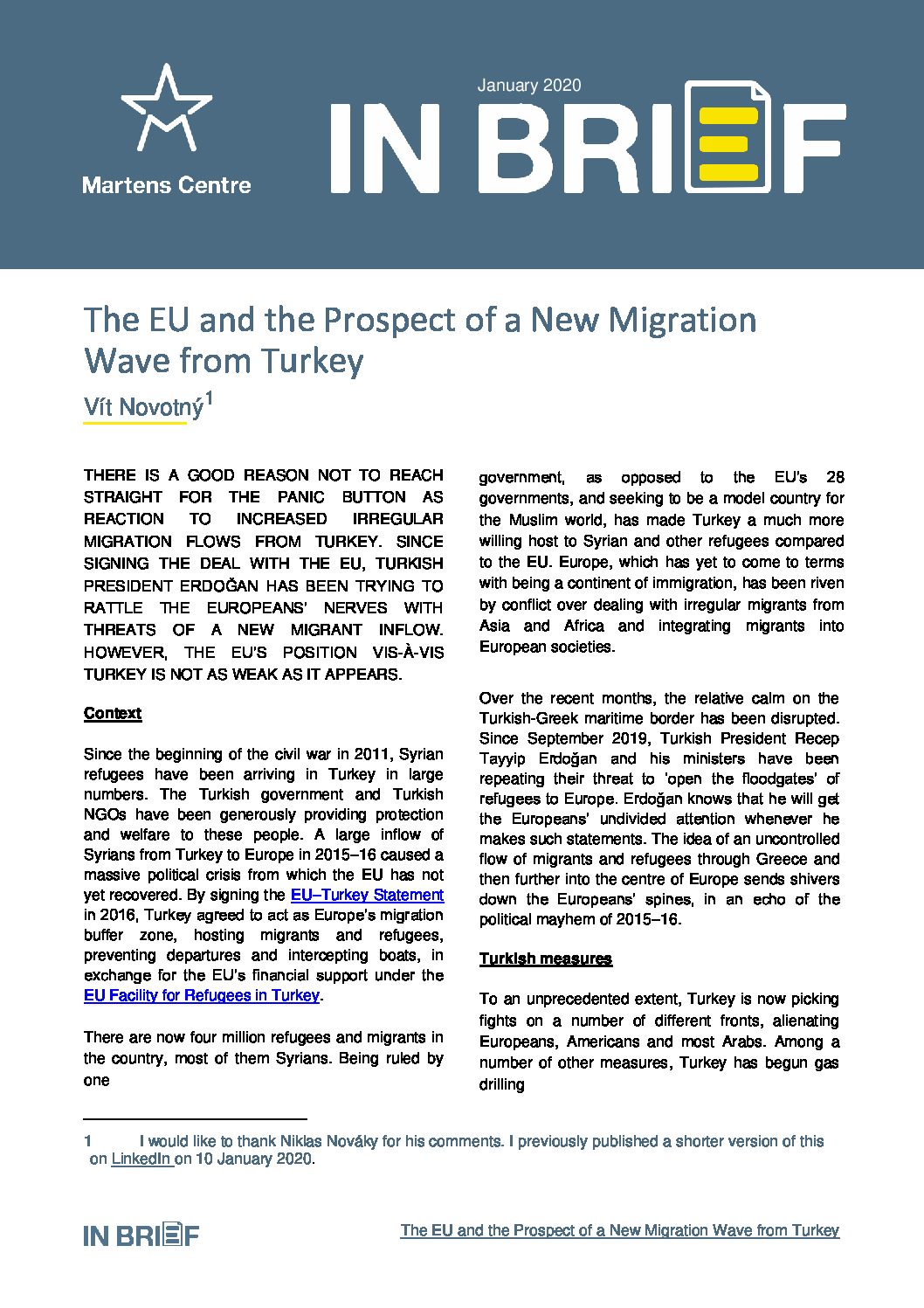