The current Western liberal order is in danger of becoming vulnerable to threats posed by political systems which have no regard for universal values, such as human rights, and are willing to use brutal force—as is the case with Putin’s Russia and aggressive Islamist movements.

The spillover effects of instability in the regions outside of the EU are taking a significant toll on the Union. Unless the West succeeds in making a case for the universality of the values underpinning its institutions and shows the capacity to defend those values, in the medium and long term, the West could lose this battle. Europe has no better way to defend itself than by expanding the geographic reach of its ideological sphere of influence.

This is why the EU has to invest in state-building and security in its Eastern and Southern neighbourhood. This paper argues that the EU needs to rethink the focus of its European Neighbourhood Policy; it needs to go beyond the limited scope of technical cooperation or the project of economic integration, and must invest in itself as a ‘geopolitical’ actor.

The best way to do so is through the Global Strategy on Foreign and Security Policy. The EU has to prioritise its role as a ‘stabiliser’ and security actor in its immediate neighbourhood. 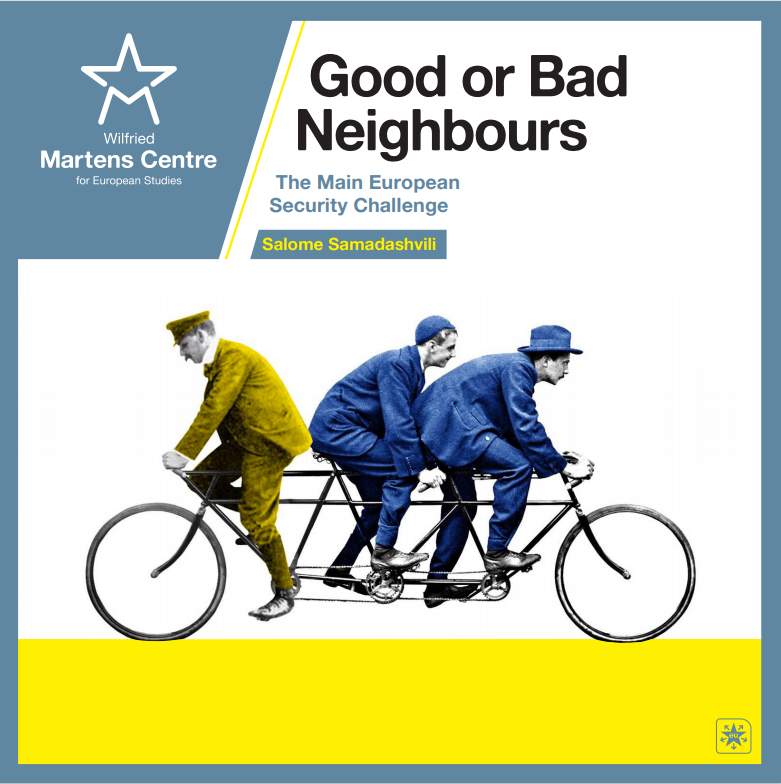