2016 has been marked by a return of uncertainty in the financial markets and increased doubts over growth prospects in key global economies such as China, Europe and the U.S. Nearly ten years after the U.S. sub-prime mortgage crisis first erupted, the global financial sector has returned as a key concern of economists and global investors.

This note identifies four key issues underpinning the current market turbulence. It argues that although these challenges are varied and serious, they are not insurmountable for Europe owing to the reforms undertaken since 2008.

However, in order to prevent regular cycles of market speculation further economic reforms are necessary which will challenge existing national preferences and change the governance of both the European and global economies.

Ultimately, for Europeans, the goal of these reforms is to lead to a more cohesive and robust European Union. However, the failure of the EU to act in a timely (and collaborative) manner will result in further periods of speculation.

Four policy priorities – increased investment, further global cooperation, the completion of Banking Union and the maintenance of sustainable public finances – are identified as being necessary for the EU to withstand future financial crises. 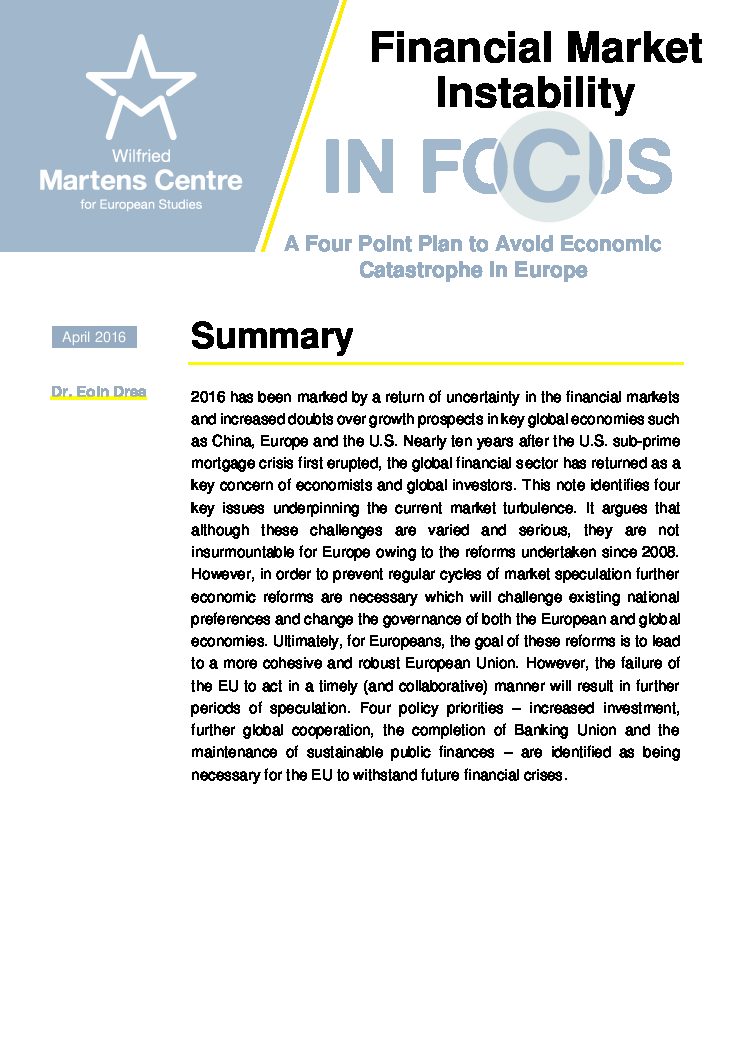