On the eve of the invocation of Article 50, this policy brief disentangles the main components of the Brexit imbroglio and lays out the legal framework and political constraints of the negotiations that are about to start. It assesses the reversibility of Brexit, the likely duration and possible outcomes of the negotiations, the legal options for the transition period, and the probable impact of Brexit on the EU27 in general and Central Europe in particular.

Because of the UK’s size, economic weight  and  political  clout,  as  well  as  its  peculiar  historical  background,  it  concludes that the new EU–UK relationship cannot be based on one of the existing ‘models’ of external arrangements. The new partnership between the UK and the EU27 will have to go beyond even the most comprehensive free-trade agreement and it should also include finance, energy and external economic policies, as well as covering foreign policy, security and defence.

The author emphasises that any weakening of the free movement of persons as a result of the negotiations would be  a  serious  violation  of  the  essential  constitutional  principles  upon  which  the EU is built, and could damage the foundations of European integration. The brief considers managing internal differentiation without creating permanent divisions among groups of countries as the most important challenge ahead for the EU27.

It also argues  that, with  Brexit, Central Europeans will lose a powerful ally on many economic and constitutional issues, although their economic and geopolitical weight will be on the rise in the new EU27. 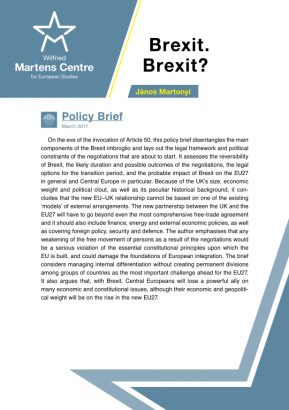 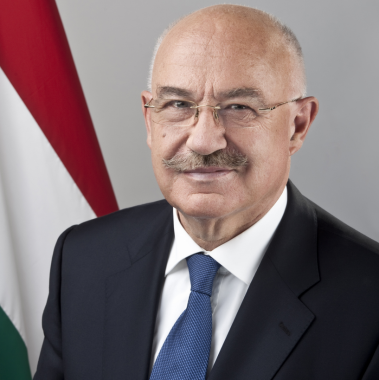