Bourgeois Virtues: the Aristocrat, the Ascetic, the Peasant, and the Bourgeoisie

European electorates are squeezed between austerity they don’t like and stimulus they can’t afford. Economic growth would provide the easy way out. But how can growth be achieved if economic activities are restricted and success is not appreciated? The Bourgeoisie founded the modern world and made it grow out of pre-capitalist poverty. As bourgeois virtues, such as prudence in the daily business of life and courage in investing were digniﬁed, entrepreneurs were granted freedom to innovate. However, the bourgeois virtues, values and freedom have always been resisted and despised by powerful counterforces. The question of growth or stagnation can be described as a struggle between political mentalities: the bourgeois against the aristocrat, ascetic and peasant mentalities. 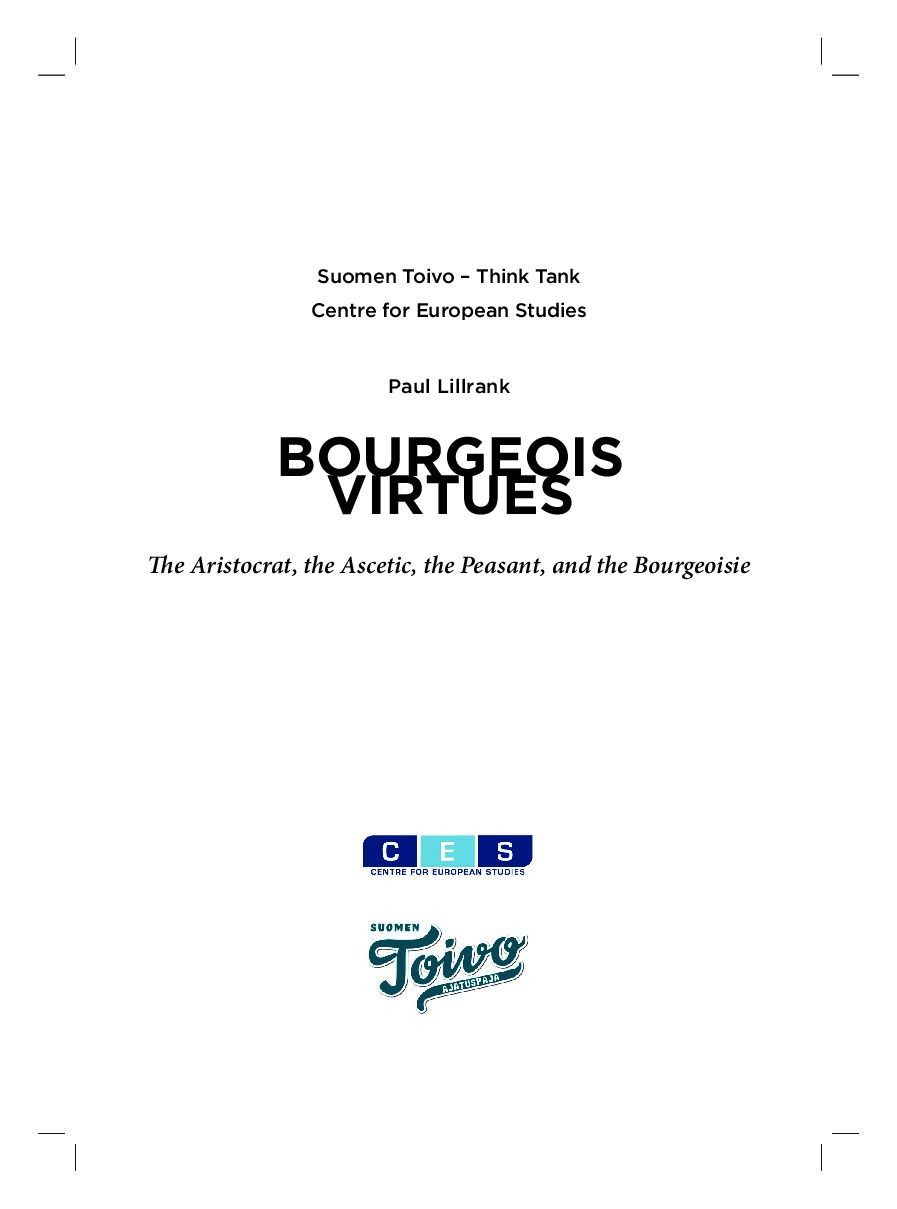