A Brussels-Based Dictatorship or a Paradise of Subsidiarity? National Prerogatives and EU Migration Policy

Nevertheless, the treaties do endow the members with expansive autonomy in this policy area. The paper argues that this autonomy manifests itself in two different regimes that govern decision-making: intergovernmentalism and supranational consociationalism. Outside the scope of the treaties, inter-governmentalism has been effective in preventing irregular migration movements from outside the EU territory. Within the framework of the Lisbon Treaty, member states developed supranational consociationalism, an ultra-consensual decision-making regime that was first introduced in deeply divided societies. Applying this method in the EU context, the national elites have bypassed majority voting on asylum in the Council and resorted to consensus on ‘sensitive’ matters, where it is the governments affected that decide whether a given issue is sensitive.

This paper argues that the current combination of intergovernmentalism and consociational arrangements should be maintained as it upholds political peace between the members. Nevertheless, given the ongoing problems with the rule of law in the area of immigration and asylum, the European Commission should limit member states’ non-compliance with the existing legislation. 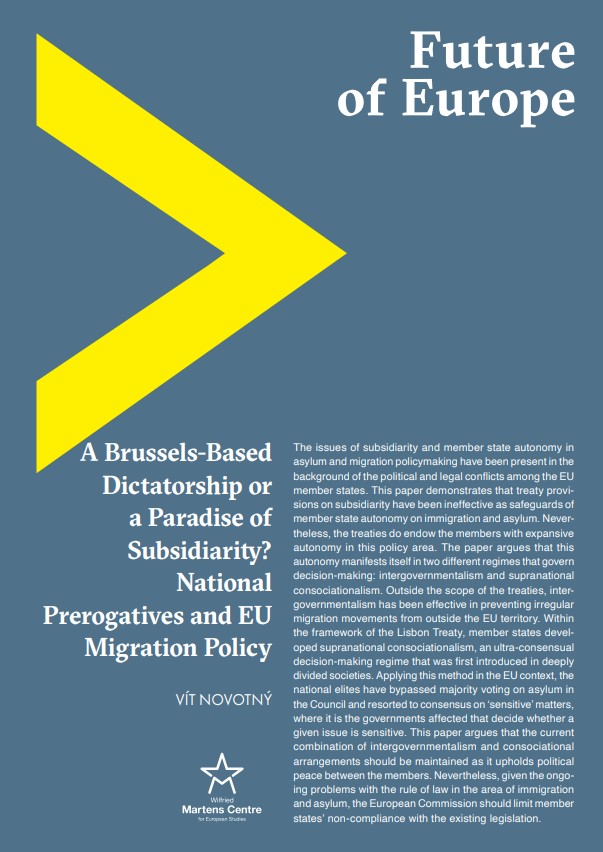