Vital Questions on the Ukraine Invasion 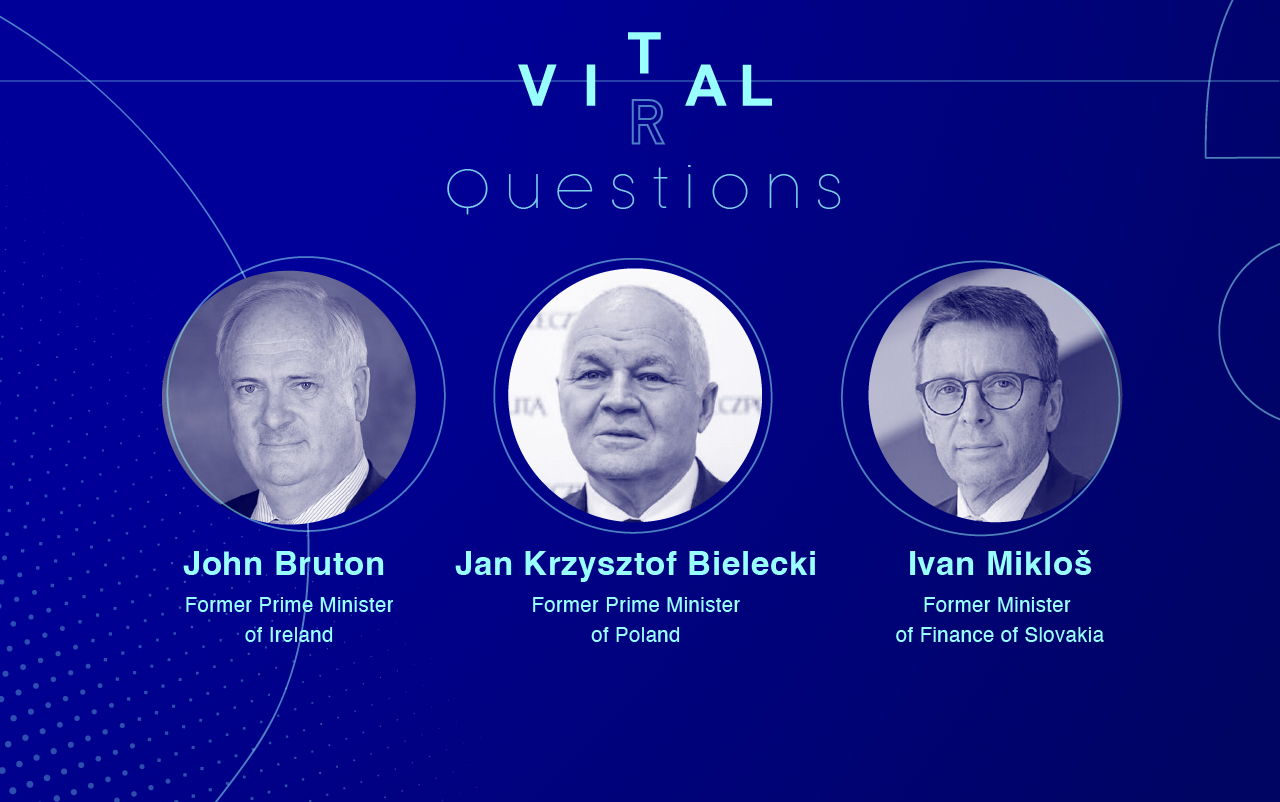 1. What is Putin’s end-goal? His rhetoric hints at regime change, but he has stated he does not wish to occupy Ukraine. What to make of these mixed messages?

John Bruton, former Prime Minister of Ireland: The Russian end goal is to force Ukraine into a Russian-dominated economic union that would be incompatible with a trade agreement with the EU. This would require a new government in Kyiv and a new Ukrainian constitution. The Ukrainian armed forces would be reduced, but border adjustments may not be crucial for Russia. This outcome would threaten the integrity and effective sovereignty of several EU and NATO states. It is hard to say what the next Russian goal will be and how firm NATO guarantees would be in practice, given the state of US public opinion and pacifism in some EU countries.

Jan Krzysztof Bielecki, former Prime Minister of Poland: Putin’s end game was clear from day one. He cannot accept any liberal democratic transformation in the countries of the former Soviet Union. Particularly in Ukraine, the largest and strategically most important ex-Soviet state. Successful transformation in Ukraine means the end of Putin’s dictatorship. It would also be proof to Russians that such a transition is possible, and can brings liberties and improve standards of living for all citizens. Putin believes, like some far-right leaders in Europe do, that the West is immoral and in political decline. They think the future is in authoritarian regimes built on military power; and the Tsarist empire is back. What Gorbachev destroyed, Putin resurrects. He will establish a neo-East Germany in parts of conquered Ukraine, which will take place in the next few weeks, if not days.

Ivan Mikloš, former Minister of Finance of Slovakia: Nobody knows what Putin’s end-goal is. Everything he’s done over the last few days was so irrational that it’s complicated to make any prognosis of the possible outcomes. Another factor is the unreliability of what Putin says. Last week, he promised not to invade to Ukraine, telling this to Macron, Scholz, and other Western leaders, and then did it anyways.

2. Despite their best efforts, Western diplomats were unsuccessful in deterring Russia’s invasion. What are the early lessons learned from this failure for the West?

Bruton: There has been a visible lack of coordination in the West. The idea of keeping Russia in the international payment system SWIFT, while excluding Iran, is incoherent. But to be fair, this is a shock, so some confusion is understandable, but it should end now.

Bielecki: The West was deaf and blind to a long list of Russian so-called operations. Just remember Chechnya, Transnistria, Georgia, Syria, Ukraine. That includes Maidan and Donetsk, Crimea, the downing of flight MH17.  Operations in Londongrad are also important to mention, beginning with the financing of local politics (the British are starting to speak about it!). There were assassinations, the acquisition of thousands of properties, massive sales of resident visas for cash in the UK, Cyprus, Malta, Luxembourg, etc. Then, the separate case of Germany, with a long history of support for Russia and hostility towards Ukraine.

Mikloš: The early lesson is that these kind of irresponsible dictators only understand and respect power and strength.

3. How should the EU respond to this aggression in your view?

Bruton: The EU should agree to exclude Russia from SWIFT. It makes no sense for individual heads of government to talk to Russia while others refuse to do so; there should be a single messenger and a single message.

Bielecki: I wish to be crystal clear about this final question; I have signed many publications and appeals, including one from our GLOBSEC, so I will end with a basic question. With Putin openly speaking about Clausewitz’s famous dictum, how long can the West continue magical thinking? “Unless you are ultimately prepared to resort to force, dialogue or negotiations are only a postponement of the other side’s aggression.”

Mikloš: By imposing the strongest possible sanctions, including excluding Russia from SWIFT, freezing the accounts and assets of Russian companies and citizens in NATO and EU member states, freezing the foreign currency reserves of the Russian Central Bank deposited in Western Central Banks and imposing personal sanctions against Putin personally.