Vital Questions on the Anniversary of September 11th, 2001 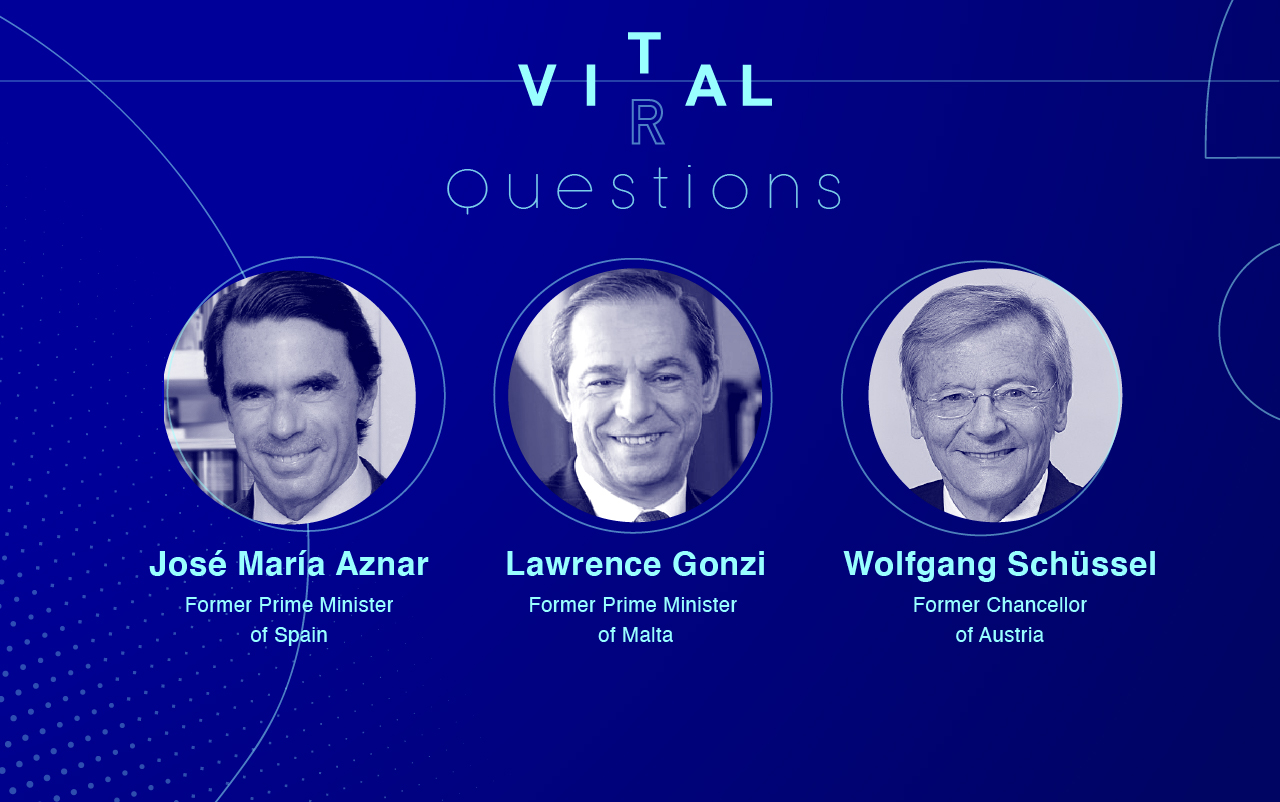 Just a few days ago, we took the time to remember and pay tribute to the victims of September 11, a day that forever changed the world. The terrorist attacks on New York City and Washington, D.C. were the most devastating surprise aggression by foreign actors on American soil since Pearl Harbor. The impact of 9/11 has extended beyond geopolitics, into society and culture more generally. The terrorist attacks awakened the democratic world to a new age of vulnerability and uncertainty, and challenged us to defend our western values and way of our life. I have contacted some of the WMCES Honorary Board members who served as Prime Ministers of their respective countries at the time, so that they could share their memories of the event, along with what we have learned about the challenge of international terrorism.

1. How and where did you first learn about the 11 September 2001 terror attacks against the US?

José María Aznar, former Prime Minister of Spain: On September 11, 2001, I was in Estonia. As Spain’s Prime Minister at the time, I was visiting European capitals to prepare for the Spanish presidency of the European Union, which Spain was to assume in the first half of 2002. I saw the images of the Twin Towers in flames with the Estonian Prime Minister in his office, and I decided to return to Madrid without delay.

Lawrence Gonzi, former Prime Minister of Malta: On 11 September 2001, I was working from my office. At the time, I occupied the position of Deputy Prime Minister and Minister for Social Policy, so my agenda was full due to preparations for the next crucial phase of our negotiations for membership of the European Union.

As was my habit, at around 1:30pm, I had my office TV switched on to follow Italian, English, and American news channels – in that order. Around 2:45pm, CNN transmitted the first breaking news alert announcing that a small plane had crashed into one of the Twin Towers. In a matter of a few minutes, that piece of news developed into a most horrific event, involving major loss of life, indescribably heroic actions, and a national tragedy, which we were all witnessing “live”.

Wolfgang Schüssel, former Chancellor of Austria: On 9/11, I had been Chancellor of Austria since February 2000. During an intensive session on how to reform our bureaucracy (e-government, digitisation, minimising red tape, and subsidies), my Chief of Cabinet abruptly ended the discussions, switched on the TV, and we spent the next few hours following this terrible development with shock and horror.

2. What is the legacy of the 11 September 2001 terror attacks for world politics, twenty years after they happened?

José María Aznar: The 9/11 attacks demonstrated that terrorism was the world’s number one problem, and that the terrorist threat was not just a U.S. problem of global consequence, but was itself a global threat from which no one could feel safe.

The main legacy of these terrible attacks is that international cooperation in the fight against terrorism has deepened. It became necessary to articulate global responses, to review all available means in the fight against terrorism and cooperation between countries. Finally, it was necessary to apply not only existing security mechanisms, but to design new flexible formulas for action where necessary, be it to obtain information and intelligence, or to pursue those responsible of organisations and networks.

However, the threat of terror attacks continues to haunt us each and every day. It haunts us as we watch the retreat of American and allied forces from Afghanistan. It haunts us because twenty years on, it’s clear that the fight against terrorism is never “mission accomplished” and can never be achieved simply through the use of military force. It haunts us because religious extremism is often fuelled by the fact that our economic policies fail to distribute wealth in a fair manner.

The legacy of the events that took place on 11 September 2001 must – I repeat – must continue to remind us that protectionism and isolationism will inevitably play into the hands of terrorists and criminals who are well aware of the vulnerabilities built into those democracies that value human rights and freedoms, the rule of law, and the innate dignity of every human person.

Wolfgang Schüssel: Austria immediately tightened security measures for US institutions and exposed buildings; we declared full solidarity with our American partners. Since these attacks, security was dramatically tightened on a global scale, borders were closed, awareness was raised. The fight against terror is among the top priorities of all countries. Services cooperation and the sharing of relevant information has become a necessity.

3. What has the transatlantic community learned about dealing with the challenge of international terrorism in the twenty years that have passed since 11 September 2001?

José María Aznar: We have learned that it is impossible to prevent all terrorist acts, but that international cooperation is essential to fight terrorism.

It has also been shown that a greater role for the EU (the EU adopted very important measures, such as the creation of the European list of terrorist organisations, and new framework of cooperation against terrorism) always strengthens the transatlantic relationship.

Lawrence Gonzi: These past twenty years are nothing less than an open invitation for an honest reappraisal of the way our communities have tried to address the issue of international terrorism. Clearly, Afghanistan and Iraq did not provide us with any long-lasting solutions. Neither did they create peace of mind, stability, and sustainable economic progress.

Perhaps we should also remind ourselves that in 2011, ten years after the terrorist attack on the Twin towers, the Arab Spring was born on the North African shores. But once again, military solutions and interventions did not allow the citizens of those countries to achieve their democratic aspirations – at least not to the extent that we all wished for those countries.

Ten years later, we find ourselves striving to address the challenges of a pandemic that has hit us all equally – rich and poor, young and old. And yet we continue to act in a manner that discards the needs of the poorest nations, even though their vulnerability is inevitably the weakest spot of our so called “civilised” community of nations.

Wolfgang Schüssel: This question is complicated. America is more or less safer since 9/11. Europe is not – on the contrary: there have been hundreds of victims in dozens of assaults across nearly all EU Member States. Millions of refugees have crossed sea or land borders, risking their lives to reach our continent. The result: split public opinion, the rise of populist parties, the defeat of more than a dozen EU governments. And after the Afghanistan debacle, the EU must realise – “America First” continues under President Biden. “Regime change” is a fragile option and “nation-building” as an external, top-down effort is nearly impossible. Terror is not defeated, the fight must go on…