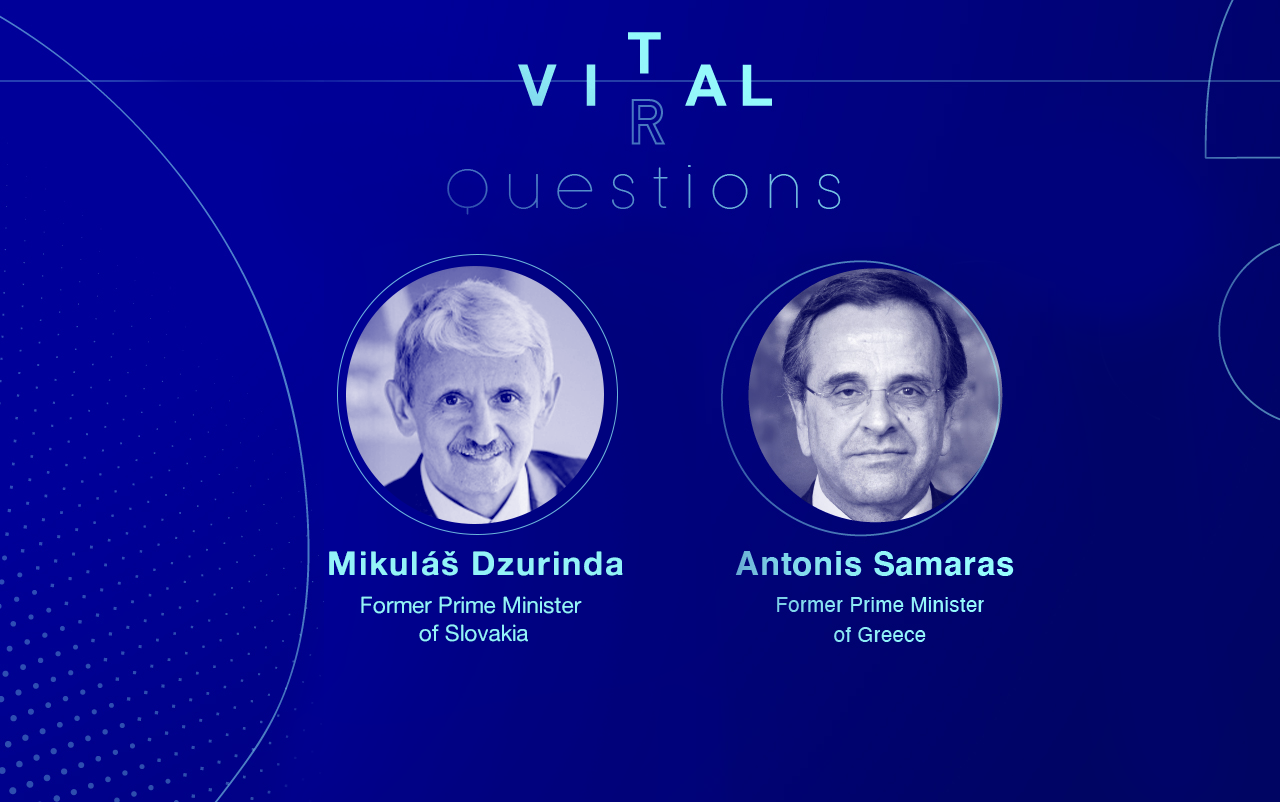 What are some significant memories you have of cooperating with Chancellor Angela Merkel from your time in office? What will be her main legacy for Europe?

Mikuláš Dzurinda, former Prime Minister of Slovakia: Angela Merkel has shaped German and European politics for 16 years. She has led Germany and the EU through three serious crises: the financial crisis in 2008, unprecedented immigration flows into Europe in 2015, and the COVID-19 pandemic, which is ongoing. She has processed Brexit, Trump’s manners, and Viktor Orbán’s provocations. In the face of all these challenges, the EU remains the best place to live; it is a community, attractive not only to people in the European neighbourhood but also from other continents. Some Prime Ministers rule, while others serve; Chancellor Merkel is a great example of committed service to Germany and a reunited Europe. Saying this, I realise that the EU is currently experiencing some internal division, and needs fresh impetus and vision for its common future direction.

Antonis Samaras, former Prime Minister of Greece: She has sharp political instincts. She is a good listener, a skillful coalition builder, and has the courage to go, on occasion, “against the current”. She knows when to push, when to be restrained, and when to compromise. She is a talented tactician, and understands much more than she lets others believe. She is very devoted to what she is doing, flexible in the means to accomplish her goals, and very pleasant on a personal level.

She led Europe over 16 years of turmoil and pulled Europe out of successive crises. She faced every challenge when building the necessary coalitions to move forward. Sometimes that was sufficient to solve the underlying problem. In other instances, however, coalition building was not enough. A more “decisive” policy was needed…

In such instances, a leader should distinguish between being “decisive” and being “divisive”. Between saving the moment or dealing with the problem at hand. Between being an administrator or being a true leader…

Just recently, Chancellor Merkel admitted in an interview that she had been very strict with Greece. In November 2012, she committed to cut Greek debt as the nation achieved its goals. Two years later, all parties involved in monitoring Greece publicly announced that the country was, for the first time, on track, even ahead of the Stabilisation Programme! Yet, Greece never got the debt relief promised.

Soon after the whole process was derailed, Greece fell into turmoil again. A new rescue programme was required; Greece lost, our partners lost, everybody lost. Regarding Greece, I am afraid the Chancellor was not just “strict”. “Unfair” is probably the right word in our case…

Many difficult European agreements were reached thanks to Chancellor Merkel’s mediation and negotiating skills. How will the German elections affect European politics and the future development of the EU?

Mikuláš Dzurinda: It is true that many difficult European agreements wouldn’t have been reached without the wise, patient, perceptive, and centralised approach of Chancellor Merkel. If Mrs. Merkel decided to start lecturing, I would recommend naming her course: ‘How to reach a compromise…’.

The pandemic crisis has revealed yet another skill of Angela Merkel: an ability to recognise true danger and immediately make small sacrifices to prevent unimaginable damage from occurring. I am thinking, for example, about when we began hearing calls from the Mediterranean countries, led by Italy, to approve – for the first time in the history of the EU – the introduction of common European bonds as a tool for economic recovery after the pandemic. For the first time, the EU will share its financial commitments.

Antonis Samaras: She sailed safely through the problems of her epoch, both for Germany and for Europe. But History never ends. Now Germany has to prove its leadership in Europe, and the EU has to prove its relevance and gravity in world politics. The EU cannot survive without guaranteeing its borders vis-a-vis its neighbours, without improving its competitiveness vis-a-vis the rest of the world, and without proving itself as a “world player”, both in terms of so-called “soft power”, as well as in terms of hard power.

Our adversaries misinterpret our ideals as weaknesses! We must prove them wrong! We have to prove to our citizens and to the rest of the world, that freedom, democracy, social justice and economic efficiency – all ideals and priorities that define our united Europe, that have brought us together – are not the “shortcomings” of the Old World; they are the universal tenets for the future of the globe.

I am afraid that the German elections have left the country more divided and hesitant to lead than ever before. Our German friends have to overcome their deep divisions. And all of us have to overcome European hesitancy to pave the way and lead.

Which areas of EU policy will need a strong and decisive Germany going forward?

Mikuláš Dzurinda: Germany’s involvement would be welcomed and needed in three areas, which are crucial for the future of EU: foreign policy (changing decision-making from unanimity to majority voting), defence (building common European defence forces and capabilities as an equal pillar to NATO), and in the area of environmental sustainability (to find an optimal symbiosis between climate protection on the one hand and the needs of industry or transport on the other). In all these areas we need to adopt courageous decisions, which will have a significant impact not only on public finances but also on the emotions and mood of EU citizens. Without brave and courageous German leadership, these necessary changes may be impossible to reach.

Antonis Samaras: Securing EU borders from illegal migrant flows, which are often instrumentalised by rogue states and human trafficking gangs; otherwise, our social cohesion will disintegrate. Securing the supply of low-cost energy accessible to all; otherwise, we will lose more ground in world competition. A new Stability and Growth Pact, so that all EU members will be able to adjust to the post-COVID era; otherwise, we risk seeing deep divisions in our Union. And defending our societies from the devastation of the so-called “cancel culture” or “woke culture”; otherwise, the European ideas that define who we are will be seriously undermined.