Trump, Biden, and the Future of Transatlantic Relations: The Impact of the 2020 US Presidential Election 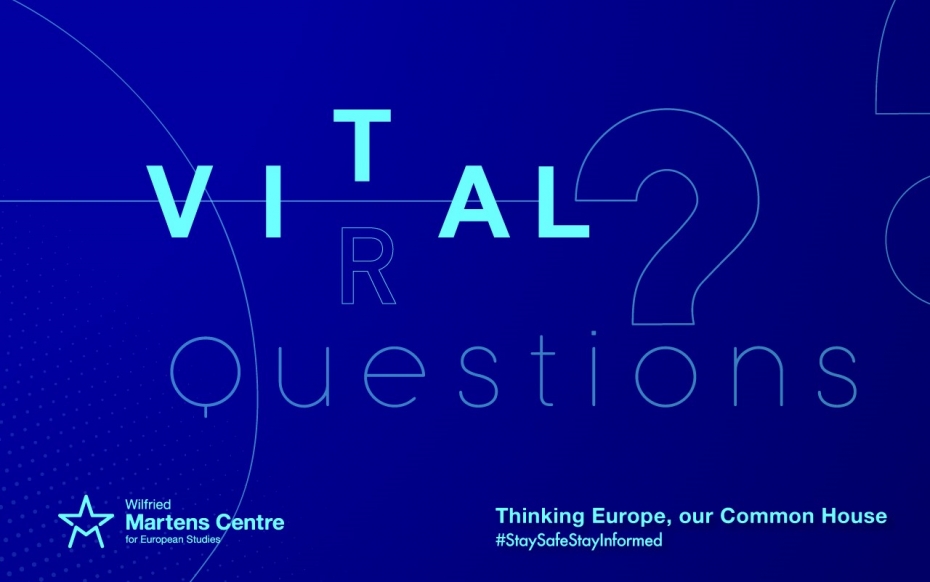 1. Which role, if any, does foreign policy play in this election?

Dr. Jana Puglierin, Head of Office and Senior Policy Fellow, European Council on Foreign Relations, Berlin: Foreign policy has rarely played a dominant role in American election campaigns, but this time, the topic really has taken a back seat. Due to the conjunction of the COVID-19 pandemic, a huge economic recession, and social tensions in the United States, attention has turned strongly inward in recent months. Relations with China are an exception, however. During the election campaign, both candidates outbid each other on who would take the hardest line against Beijing. Donald Trump has used foreign policy issues during the campaign to show that he is the one who puts “America first” and protects Americans from being ripped off by others. Decisions such as the withdrawal of American troops from Germany were intended to demonstrate that he would no longer stand by and watch America’s wealthy allies freeride.

Erik Brattberg, Director of the Europe Program and Fellow, Carnegie Endowment for International Peace, Washington, D.C.: US presidential elections tend to be dominated by domestic issues, and this year’s election is no exception to this rule. The top issues for American voters in November are the economy, the COVID-19 pandemic, healthcare, and the Supreme Court. To the extent that foreign policy has surfaced in the debate, it is mainly about China, where Trump is touting his own administration’s tough approach, while Biden is criticising Trump’s policy as self-defeating. While most Americans, according to polls, remain interested in the US continuing to play a leading role in the world, Trump’s nationalist agenda is not an aberration, and signals a more fundamental shift in the thinking of Americans about their role in the world.

Dr. Ian O. Lesser, Vice President and Executive Director, The German Marshall Fund of the United States, Brussels: Traditionally, foreign policy has not played a large role in American presidential elections. This election is unlikely to very different. Domestic issues will be the focus. But above all, the election will be a referendum on Trump and his personality. That said, there are several domestic issues with important external implications. These include economic openness versus economic nationalism, immigration and borders, climate change, and questions of election interference. China and Russia are on the agenda, principally via domestic concerns. Biden will try to highlight the international costs of Trump’s behaviour and policies, of course.

Peter Rough, Senior Fellow, Hudson Institute, Washington, D.C.: It has almost become a banality to observe that the world is interdependent, but that does not make it any less true. Globalisation has eviscerated the division between foreign and domestic issues, just as it has erased former US Senator Arthur Vandenberg’s adage, uttered during the Truman administration, that “politics stops at the water’s edge.” The two candidates represent starkly different international profiles, from specific issues like climate change, to regional approaches in the Middle East. Trump is hesitant to involve the US in foreign wars, but he and his party are comfortable in the realm of hard power. By contrast, Biden sits atop a progressive base that has grown hostile to the use of force, but prioritises American leadership in multilateral fora.

2. What would a Trump/Biden victory mean for the EU?

Jana Puglierin: A Trump victory would be a crucial challenge for the EU. Even in his first term, Trump was openly hostile to Brussels. He would try to increase bilateral relations with member states, thereby dividing the EU. While France would strive even harder for European strategic autonomy, the countries on NATO’s eastern flank would try to expand their strategic ties with the US. This would be especially true if Trump conditioned the US security guarantee on economic or political concessions. A Biden victory would give ample room for proactive European initiatives that renew the transatlantic relationship and make Europe a stronger – and, therefore, more attractive – partner for the US. Biden would restore confidence in American security guarantees for Europe, although he would pressure Europeans to invest more in their own defence.

Erik Brattberg: On one level, Trump and Biden couldn’t be more different when it comes to how they view the role of US allies and partners, including the EU. Whereas Trump views the EU as essentially an economic competitor, Biden views Europe as a key partner for the United States. Biden would withdraw Trump’s support for Brexit and populist leaders in Europe, seek to reduce trade tensions, and cooperate more with Europe on issues such as China. However, transatlantic relations are unlikely to bounce back to their pre-2016 level – European distrust in US leadership will remain high and divisive transatlantic issues, such as defence spending and burden-sharing, or digital taxation, will remain complicated, even under Biden.

Ian O. Lesser: It would mean a great deal. I do not agree with those who suggest that the outcome will not change the drift of transatlantic relations. To be sure, there are structural shifts, including the inexorable rise of China as a strategic concern.  And Biden could prove less than open on trade matters. But on climate, Iran, NATO affairs, and the general approach to the transatlantic partnership, there would be a big change. The style would change overnight, and that will make a difference. The cadre of foreign policy officials coming into a Biden administration would certainly be a return to the “known world” for EU leaders.  Above all, the EU, as an institution, would be taken more seriously in Washington.

Peter Rough: By now, the world has grown accustomed to Donald Trump. In the event he wins re-election, we could expect his approach towards Europe to mirror that of his first term: rebalancing trade and defence. Moreover, he and his team will work to forge a common strategic approach towards the major state-based challenges of the day, from Venezuela in South America, to Iran in the Middle East, and to China worldwide. In all areas, Brussels would face a series of choices, sometimes painful, on how to proceed.

If Joe Biden takes the White House, he will launch a charm offensive towards Europe, including a summit of the world’s democracies in the first year. There will be obvious areas of overlap in regulating our economies, for example, and how to approach Iran—even if our distinct political traditions, geographies, and responsibilities will ensure our share of differences. No matter who wins the White House, however, Europe must recognise that the costs of defending the liberal international order have gone up.

3. What should be the number one item on the transatlantic agenda after the elections?

Jana Puglierin: No matter who wins the presidential election, there is plenty of room for transatlantic cooperation and joint initiatives when it comes to dealing with China. In terms of substance, the EU and its member states share most of the United States’ concerns, such as its trade policy – especially subsidies and forced technology transfers – and its military build-up and destabilising policies in Asia, as well as the further promotion of its authoritarian model in the rest of the world. Europeans should pro-actively approach the Americans with proposals, and not wait until they are confronted with American demands. However, they should make clear that they are not extended instruments of US external policy.

Erik Brattberg: It is not enough to simply aim to restore the traditional transatlantic agenda. Instead, the goal must be to reinvent US-European cooperation to deal with the most pressing future challenges. Key among these are China and the role of technology. In this regard, the establishment of a new EU-US strategic dialogue for cooperation on shared challenges related to China is a welcome development and should be put to good use next year. In addition, EU and US policymakers also need to redouble their effort to forge a more common approach towards emerging technologies – both through establishing a bilateral technological EU-US high-level dialogue, but also through engaging together in new initiatives, such as the British idea of establishing a D-10 format to work on 5G and global supply chain issues.

Ian O. Lesser: A return to trust should be item number one.  A stylistic priority, perhaps. But it’s an essential pre-condition for a return to closer cooperation in multiple areas – and the management of differences where they will surely continue to exist.

Peter Rough: The number one issue is China. The US and Europe have a host of issues to sort through, but all of them should be refracted through the ongoing competition with China and its partners, especially Russia and Iran.