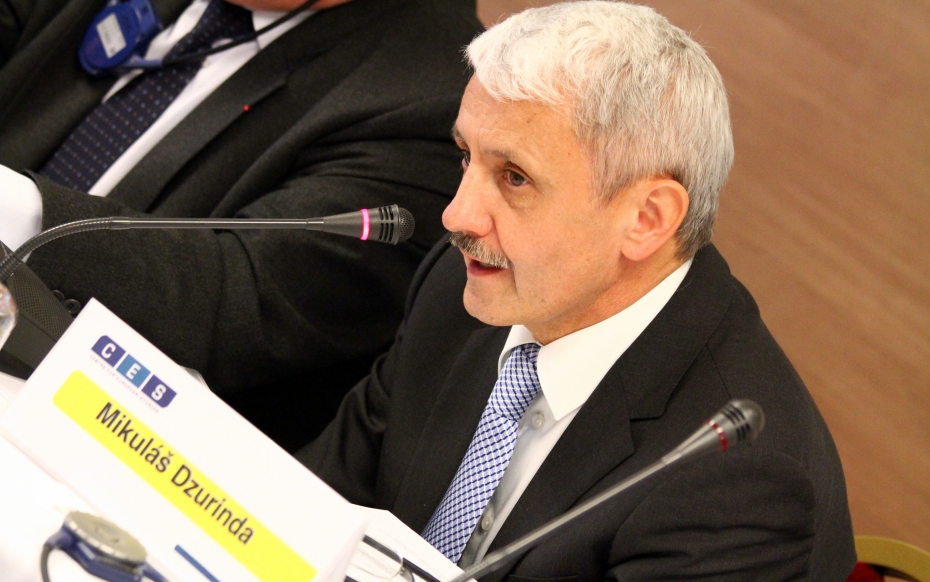 Mikuláš Dzurinda, former prime minister of Slovakia, has today been elected President of the Centre for European Studies (CES), the political foundation and official think tank of the European People’s Party (EPP).

Reacting to his election as president, Mikuláš Dzurinda said: ‘The late President Martens was committed to the work of the CES and I intend to build on the continuity and creativity of his great work to develop an even stronger and more prominent CES in the future.’

EPP President Joseph Daul warmly congratulated Mikuláš Dzurinda on his election as president of the CES, ‘I know him to be a person of integrity and clear principles and he is the right person to take this responsibilty in such a crucial time for the CES and the EU.’

Mikuláš Dzurinda was prime minister of Slovakia from 1998 to 2006 and is credited in enabling Slovakia begin the process of joining the EU and NATO following the implementation of far-reaching reforms prior to the country’s admission in 2004 . Previously, Dzurinda has been Minister of Transportation and more recently was Minister for Foreign Affairs from July 2010 to April 2012.

Dzurinda is a founding member of the Slovak Democratic and Christian Union – Democratic Party (SDKÚ-DS) and was chairman of the party from 2000 to 2012. He was elected to the Slovak Parliament following elections in 2012 and is currently a member of the Parliamentary Committee for Foreign Relations.