Islamic State in Iraq is inspired by Chechnyan Emirate 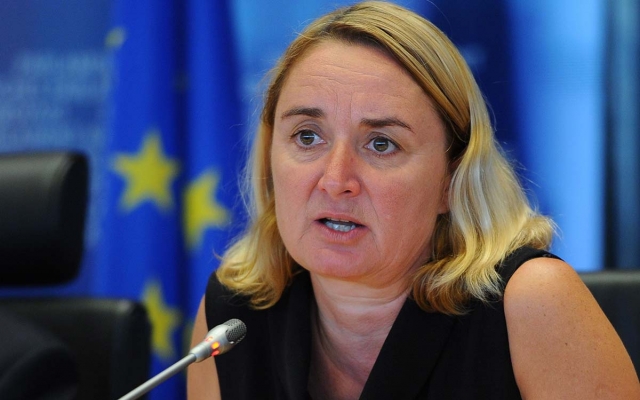 Jana Hybášková has served as the Ambassador of the European Union in Iraq for almost four years. She speaks fluent Arabic and is highly familiar with the current situation in Iraq. When speaking about the conflict with the Islamic State, she points out the influential role played by Chechnya: “We confirmed that key flows of Islamic State arms, munitions and finance comes through Chechnya.”

What type of conflict do we see in Iraq? Is it really a religious war?

Religions plays a very important role, IS is instrumentalising Sunni Salafi Islam, which has vast potential for radicalisation. They’re worse than Al-Qaeda. But it’s much more than just a religious war, enforcing a sectarian type of religion. Organised crime, including the trafficking of women and children, selling human organs and illicit oil plays a major role in the Iraqi conflict. The antiquities market is similarly important. They use the experiences of Ba’ath military command and tactics and use the Caucasus Emirate as a model for their proto-state.

Who are actually the people behind IS and who is their leader Abu-Bakr al Baghdadi?

No one here knows the proper identity of Abu Bakr al-Baghdadi. He definitely is not the man from the Youtube pictures from one of the Mosul mosques.  We only know, from certain privileged information, that from the very beginning he created a centralised leadership nucleus together with two other prominent Ba’ath leaders. That means that the old Ba’athist party is a significant presence in the creation and the structure of the Islamic state. The Chechnyan presence is also significant. This is not widely acknowledged in Europe but we have confirmed that key flows of Islamic State arms, munitions and finance comes through Chechnya. It is well known that there were contacts between the Chechnyan Islamist Dokka Umarov’s representatives and Iraqi insurgency groups during the winter Olympic Games in Sochi.

Unfortunately, the Caucasus Emirate has served as a model for the Islamic State. So if we continue to label Islamic state as simply a terrorist group, we are missing the point and we are making a strategic mistake. We have to admit that they are state structures. It is not just a group of people who performing hit-and-run attacks, they are a group of people who put international advertisements seeking to hire top oil engineers and experts, they are a group of people who run a financial economy, who have ministries, who desperately try to provide nine millions of people with 24/7 electricity and who are able to generate quite substantial means from exporting oil. Unfortunately, Islamic state is much more than a terrorist group.

Is the Islamic State structure now strong enough to survive the elimination of its current leadership?

I think that the future is now being decided in Kobane. The Battle for Kobane is reminiscent of the Somme or Verdun. It is a place of no strategic importance but it has become a war of attrition consuming more and more Islamic State resources. The Battle for Kobane is reducing and degrading the military capacities of the Islamic State, forcing withdrawal from places such as Baiji or Zumar Zhoud, connecting Kurdistan and Sinjan, which are more significant strategically. Holding the Islamic State at Kobane is, therefore, likely more effective than airstrikes. Of course, airstrikes can be effective if used in conjunction with Iraqi security forces on the ground.  At the moment Iraqi security forces require major restructuring, training and changes in command structures. All this, however, will take a considerable amount of time.

Does Islamic State, with all its brutality, have the support of the general population?

We do not have very precise information about what is happening inside of the Islamic State. The brutality there is enormous. We have learned of Pol Pot style deportations of populations, families are divided, males and females are segregated, non-Sunni men are humiliated and sent to areas out of the key urban cities while women are enslaved. On the other hand, we have very clear information about some Sunni tribes trying to resist IS. Sadly I recently received information that the Abu-Nimer tribe that resisted IS was recently executed. The same fate is likely awaiting the Barawa family which is trying to protect the strategic Haditha town. There are victims not only among Christians and Yazidis but also among the Sunnis.

There are around 1.8 million internally displaced people and refugees, around half a million people have no access to humanitarian assistance. They are in the deserts, the Kurdish mountains to the North and south of Kirkuk. In the North we have a very dramatic humanitarian crisis where we cannot reach around 200 000 Sunnis. Some Sunnis from the area around Kirkuk have now no other option than to return back to the Islamic State. This should be a serious warning for us. At the same time, as I have already said, IS is developing a state structure – it provides electricity and water to people, it runs ministries, shops and hospitals which wasn’t always the case under Maliki’s administration.

You are talking about Sunni resistance. So the fight isn’t just between the Muslims and ‘the others’?

The key enemies of the IS are the Shia, not the Christians or Yazidis. But the enemies of IS include also non-radical Sunnis. For instance the Kurds are predominantly Sunni but they are still on the other side of the barricade. IS is pushing a very strict type of Salafi Islam called the Raqqa law which bans sports; music; cigarettes; alcohol and forces women to stay at home. Many Sunnis are, on the contrary, quite liberal. But of course the position of their Sunni opposition is much better than that of Christians. The Yazidis are worst off, they are not ‘people of the Book’ and are considered worshippers of devil and therefore are targets for genocide and extermination.

Who is buying all the illicit things like oil or women?

I cannot comment on this, it is currently- being investigated by the United Nations.

How many fighters does the Islamic State control? In a vast territory of 120 000 km2 with 9 million inhabitants, they have to resist many enemies: Kurds, the Syrian army, Western armies and others. How do they manage this?

Estimates differ so much that I’m not going to say an exact number. I understand that for the Europeans the issue of foreign fighters is extremely important and highlighted but there are definitely much more foreign fighters coming from Arab and Islamic countries than from the European Union. I mean fighters from Tunisia, Libya, Morocco, and Algeria and of course Pakistan and Afghanistan but also a vast number of the Chechnyans and people from the Islamic component of the former States of Soviet Republic. The leader of the Islamic State of Chechnya Dokka Umarov offers the IS a great support.

Is IS a threat for the European Union? Do they intend to commit terrorist attacks in Europe as they say in their online magazine Dabiq?

I don’t think that at this very moment they will commit an attack in Europe. They are now concentrating on building the state, on building their internal structure and strengthening internal statehood. How this would in long-term reflect European security is of course a big question. However, European concern should be focused on the 50 million refugees and displaced in the world. More than 2.5 million refugees are in the vicinity of Europe, most of them coming from Iraq and Syria. This refugee crisis in the immediate vicinity of Europe cannot stay unnoticed. It will definitely influence Europe economically but also will have security repercussions.

What should Europe do now?

Some Member States are offering military support, but the issue is much broader. The current coalition has sixty eight states that offer a wide range of supports. However, I think we could be better organized through EU military staff, especially on the information side. I would actually create an EU information fusion centre on the military activities of the Member State but this must be done by the Member States. The European External Action Service cannot play any role in this beyond suggestion. I’m very grateful to Germany that just donated 82 million dollars for humanitarian assistance to Iraq which is an enormous amount. I’m also happy with the support of France, UK, Italy, Ireland, Denmark and Sweden. Unfortunately I must be critical of the United Nations structures which are quite slow.

We also need to push the new Iraqi leadership, the government lead by the Prime Minister Haider al-Abadi, towards reconciliation, to bring back justice, to approve a law on federal courts and a provincial law on federalisation. The Sunnis felt abused in Iraq during Nuri al-Maliki’s government, this must change. We must also support a dialogue about the oil revenue sharing between the Kurds and the rest of Iraq in order to bring Kurds back to the table and to empower much better cooperation and coordination between the Kurdish Peshmerga forces and the Iraqi security forces.

Was this our mistake during Nuri al-Maliki government, that we didn’t pressure him enough to make the necessary reforms?

Yes, we should have exercised much stronger international pressure so that he would lead an inclusive government and perform the necessary reforms. But we all turned mainly to the United States. Unfortunately, Obama decided in 2011 to evaporate the US presence in Iraq almost overnight. The word ‘evaporate’ describes this decision, because he didn’t negotiate any kind of long-term post-presence strategy. That was the wrong decision and we are paying the price for it now. Maliki was denying all the legitimate needs of the Sunni population, he didn’t issue amnesty for tens of thousands of illegally detained Sunni hostages, he abused counterterrorism laws and he couldn’t ensure basic services to the province of Anbar.

When the Sunni population in Anbar started to demonstrate, the predominantly Shiite security forces massacred them in Hawija. This Hawija massacre was never properly investigated. So Sunnis were asking and asking the Iraqi government for protection, health, education and energy services for more than fourteen months and none came for them, on the contrary they had to face security oppression from the Shia militias. So they turned for protection to the Syrian jihadist group Al-Nusra, the former high level representatives of the Iraqi Ba’ath party and to the Chechnyan leaders.

How long can the conflict last?

It will be a long-term engagement. I don’t see it as a matter of weeks or months.

Can Iraq as a state hold together?

After being here for three and a half years I’m a strong believer in the country. The chance still exists but we need a lot of work, energy and money. The future of the whole region is questionable.