Why Sport Should be Europe’s Biggest Pride 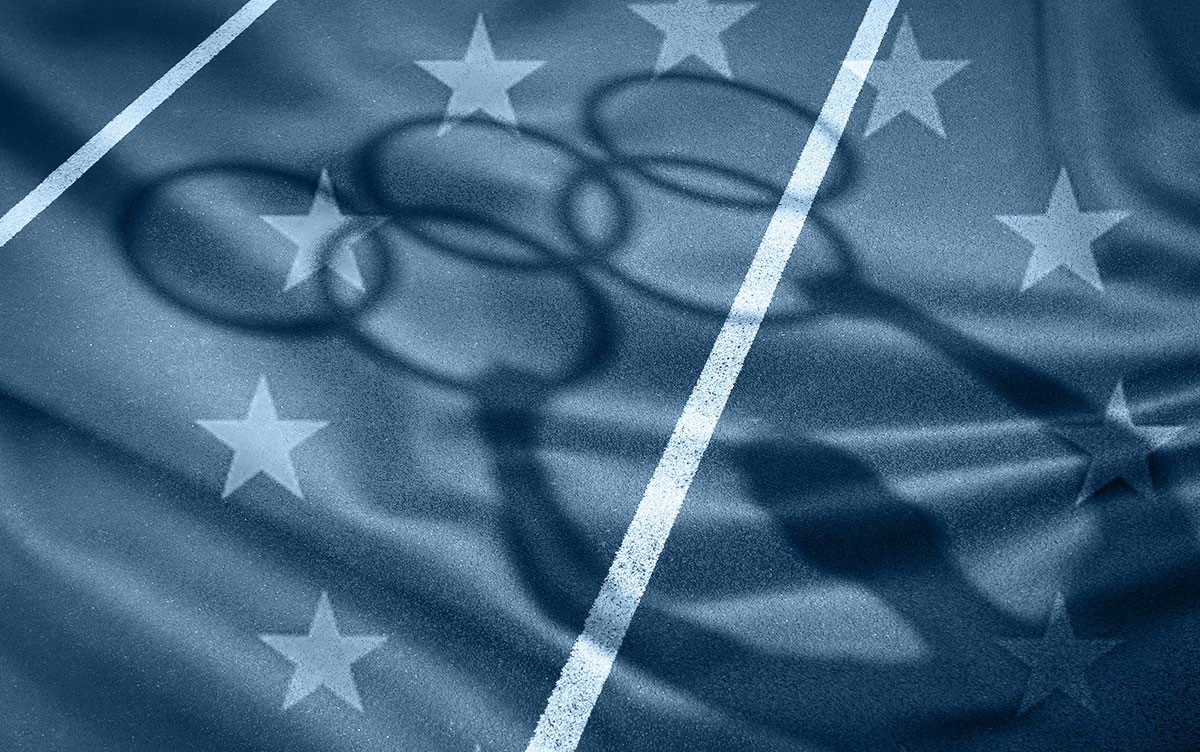 The 2020 Tokyo Summer Olympic and Paralympic Games ended a few weeks ago with the EU as the world’s greatest sporting power once again, even post-Brexit. 24 out of 27 member states obtained medals in the Olympics, for a total of 288 – more than the USA, China, and Japan combined (the top 3). 85 of those medals were golden, twice as many as the USA. 24 out of 27 member states also obtained medals in the Paralympics, for a total of 390 – almost as many as China, the UK, and the USA combined (435). 99 of which were gold medals, three more than China, who ranked first in these Paralympic games.

To better understand just how much European sporting strength is superior, simple demographic data is helpful: the EU has roughly 447 million inhabitants (2020), which represents a little under 6% of the world’s population. Despite our small human power, the European Union won over a fourth of the medals, with a ratio of one Olympic medal for every 1.5 million inhabitants (and some spectacular ratios like Slovenia’s 420,000 inhabitants per medal, or the Netherlands 490,000/medal), while the average ratio in the Olympics is 1 medal for every 7.6 million people.

The Olympics (the EU also leads the Winter Olympics medal table) are a great metric due to the high number of disciplines included. But if we look at other major sports competitions, we can also see our great performance: the last four FIFA World Cup champions (most-watched sports event in the word) were EU member states – 8 out of 13 in the last 50 years. The EU has also dominated cycling in the last few decades, including the Tour, Giro, and Vuelta, and won 2 of the last 4 Basketball World Cups. Not to mention the strength of EU tennis players, taking most of the top 100 world ranks, our monopoly in the motorcycle racing world, or the fact that we host some of the best professional sports leagues in the world.

Now, if we manage to achieve these incredible results with 27 different sports federations for every discipline, 27 Olympic Committees, 27 budgets, training facilities, etcetera; what wouldn’t we achieve if we started cooperating and centralising some capabilities? For example, taking one step at a time, we should consider creating an Olympic EU Directorate-General that could start working on a Pan-European scholarship system (alternative and/or complementing the existing national ones), giving a chance to potentially great athletes who still struggle to train due to lack of investment and logistical handicaps. For instance, Slovak or Hungarian sailors or surfers who need to commute long hours to the sea, or Belgian snowboarders and skiers who are a long distance from the closest mountain.

This is something that would fit perfectly within the competences established by the Lisbon Treaty: Article 6e of the TFEU confers on the EU the competence to support or supplement the actions of the Members States in the field of sport, while Article 165(1) sets out the details of a sports policy, stating that the Union shall contribute to the promotion of European sporting issues, while taking into account the specific nature of sport, its structures based on voluntary activity, and its social and educational function. The aim of such a Sports DG and programmes for scholarships and training also go in line with the “Exchanges and mobility in sport” call for proposals that the European Commission is currently having within the Erasmus programme for 2021-2027, for the implementation of pilot projects and preparatory actions in the areas of education, sports, and culture.

In this regard, a Report on EU sports policy (Rapporteur is our EPP MEP Tomasz Frankowski) is currently being drafted and amendments have been made by our political group in the Parliament, in order to include the possibility of an Erasmus for athletes too.

Beyond that, I believe the EU could deliver some support by coordinating training programmes and even hosting high-performance facilities. With less overall investment, we could have the best facilities, coaches, and benefit from the interaction of European athletes, learning from each other and having a much better chance to beat other non-European athletes.

Moreover, Europe critically needs to give a bigger relevance to sport, at all ages and in all countries. The reasons why this is a critical matter are several, and here is a list of some of them: a skyrocketing growth of child obesity and overweight that we need to tackle, for which there is nothing better than a healthy, balanced diet and sport; the need to reduce our CO2 footprint, which can be helped by boosting the use of bikes and walking in our daily commutes; the rising concerns surrounding mental health, especially after the pandemic lockdowns, that can be partially addressed through exercise; and something that usually escapes our view: the need of group membership, values learning, and integration for so many thousands of young Europeans.

Let me explain this last issue before ending with a happier note. We have experienced decades of secularisation and laicisation of our countries, familial downsizing, extreme consumerism and individualism, mixed with new technologies – sometimes creating addicts and often reducing direct socialising between our citizens. These elements have brought a much-discussed crisis of values, shift of beliefs and behaviours, and in many cases a feeling of lack of membership and belonging, isolation, and marginalisation in many children, teenagers, and young people.

Data show that there are more and more young Europeans taking part in associations, clubs, and NGOs. But there are also more and more joining hooligan and radical groups, gangs, and criminal organisations, while in parallel the consumption of alcohol and drugs grow along with delinquency, especially within certain areas and demographic groups. Sport is something very powerful to not only avoid children ending up in these kinds of dynamics in the future, but also to get children out of them if they are. It has proven extremely useful even in the worst ghettos in the USA; sports can give a great education in values, belonging to a group, and even life opportunities if money is put into specific programmes.

Europe should be proud of its sport, especially because our lack of ‘muscle’ makes us much more dependent on soft power, and there is no greater one than sport. Go to any village in South America, Africa, or Asia, and you will see children with football T-shirts of European teams and their heroes will always be athletes. But we also need to put sport on the top of our list of priorities, and our political family, the Christian-Democrats, should lead the effort to encourage sport and the values that come with it, our values: family, teamwork, solidarity, respect, hard work, to overcome oneself… We have so many living examples like David Lega to get inspired by!

This has been the European Week of Sport, a yearly celebration made possible thanks again to the work of one of our members, former MEP Santiago Fisas, whose 2011 Resolution on the European dimension in sport asked for such a celebration. The moment to make it happen is now; the Olympics are coming to Europe in 2024, let’s start working for Paris, let’s start working for Europe’s biggest pride: our Sport!