Watch out and act fast: shaping the EU’s strategic response to China 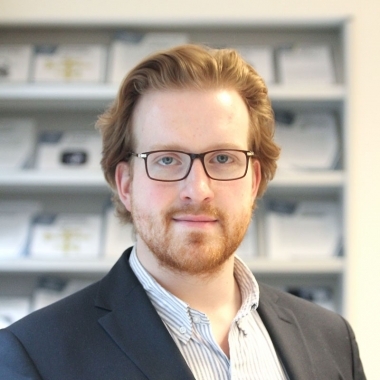 We should not be worried about the emergence of China as a superpower, wielding influence and power at a comparable level to the United States. China’s geography will not allow it. Instead, we should be worried about China as a globally influential superpower, less powerful than the US, but still dominating East Asia, building a global bloc of like-minded, authoritarian countries, rivalling the rules-based international order and undermining democratic standards around the world.

In recent years, China has visibly increased its economic and political power. In some circles, the idea is emerging that China may become a superpower and regional hegemon comparable to the US. These fears are being highlighted by the seemingly ruthlessly effective way China is dealing with the COVID-19 crisis and how, allegedly, our Western democracies are a comparative failure.

China is now the second-largest economy in the world, it has begun to dominate numerous high-tech industrial sectors, and it is rapidly developing its military. Globally, it is the most important trade partner for countless countries. Its coordinated diplomatic efforts, inter alia through sharp power, make China able to leverage its stance better and become an increasingly influential player in global affairs. However, geography puts clear external and internal limits on China’s power.

China is a landlocked country, surrounded by rivals. The Korean Peninsula is inhabited by two countries with a history of hostility towards China. Japan is an island nation, with a strong blue-water navy, able to block China’s access to the Pacific and maybe even to the Indian Ocean. Taiwan is effectively a mountain stronghold, with a capable military. Without controlling Taiwan, it is effectively impossible to control the South China Sea, a strategic area for China’s security through which most of its trade passes. Over the Himalayas, there is India, a distinct civilisation with its own ambitions and nuclear arsenal. With Russia, China is competing for the post-Soviet space, which is hardly helping relations, even if their rapport has become friendlier recently. China also has numerous internal issues. For instance, people in Hong Kong do not want to be a part of Mainland China, and there is separatism in Xinjiang. China is also poor in natural resources and barely able to feed itself without being reliant on imports.

The Chinese momentum and the challenges for the EU

Still, even with its constraints, China’s rise is a challenge for the EU. America’s shrinking global presence changes a lot in the global balance of power. The US Navy may soon cease ensuring the freedom of the seas, a global public good that is essential for international trade. Due to the American retrenchment, the multipolar, unstable global system, with emerging great power rivalries, may unfold soon. China will be a very strong pole of power, that will have to be taken into every equation, especially the European one.

China is assertively and persistently fighting for global influence and, despite impediments, behaving like it wants to replace the US as the most powerful state in the international system. It is developing both its ‘Made in China 2025’ project and the Belt and Road Initiative, aimed at distorting world trade, by flooding it with price-dumped products. China is slowly becoming dominant in certain high-tech, high-value technology industries, like 5G and face-recognition. China is also spending more on defence and rapidly developing its military capabilities.

This coalesces with its diplomatic efforts, consisting of actions aimed at building an alternative global order, based on an alliance of countries, like Russia, Iran, Saudi Arabia, uniting against liberal democracies. China aims to undermine the legitimacy of the international, liberal, rules-based order, in order to gain more power. This should be vigorously countered. The EU needs to become more active, then reactive, and begin taking strong action against this threat.

Developing a European narrative and response

First of all, the EU needs to build a narrative to tackle China and other autocracies, that are aiming to delegitimise the current global order. It needs to be able to point out the numerous failures of autocracies, which are covered up by shiny construction projects, and point out the fact that there does not exist any viable and fair alternative to the international, rules-based global order. It also must be able to better illustrate the benefits that the current order yields, and the risks any alternatives may bring.

The EU also needs to engage in an economic action plan. This means introducing legal measures that would prohibit buy-outs of our economy’s crown jewels and innovative companies, by China’s state-backed entities. It also means stopping the development of 5G infrastructure by Huawei in Europe, and investing in alternatives like Nokia and Ericsson, even if it is more costly in the short term. There is also a need for an expansion of funding to be able to support the development of states in need of cash, especially those in Africa, but also in Europe. Challenging Chinese influence also means paying more attention to Asia and what is happening there, as Asia is home to a major share of global economic growth. Trade deals with Japan, Singapore, and ratifying the one with Vietnam should be just the beginning of enhanced cooperation with the region.

Moreover, if the EU will not take its security and defence seriously, that would mean engaging in an ambitious process to boost the member states military capabilities, as the efforts mentioned before, even if they are all undertaken, will not suffice. No one will be impressed, and especially not China, by empty talks about multilateralism, rules-based order and fair trade, if it is not backed up by hard power and if the is EU unable to take care of its own security.

China, as a strategic competitor of the EU, should not be appeased. It should be engaged with confidence and wit, as the future wellbeing of all Europeans depends on it.