Turkish Bazaar: An asymmetrical threat to the EU 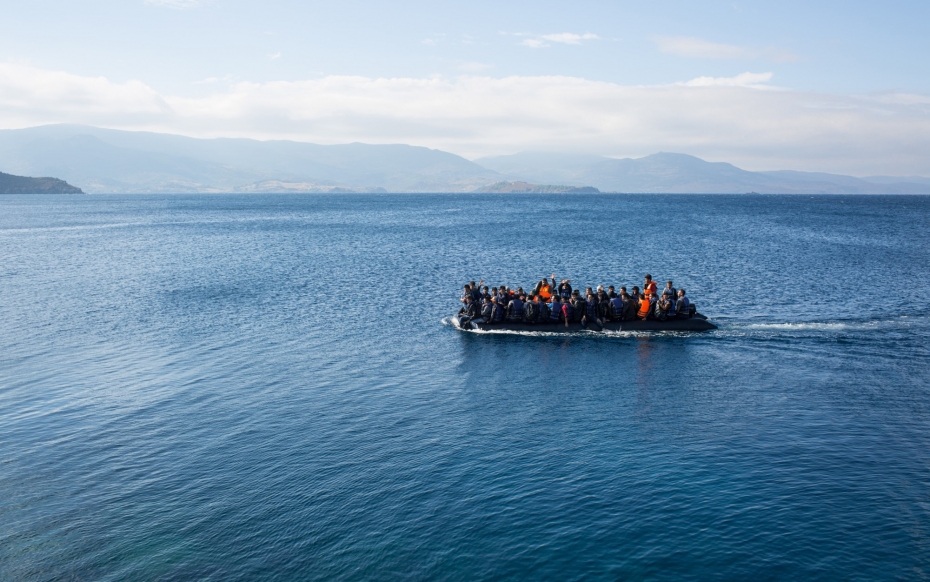 It is not the first time that Turkey is using civilians as human shields and tools of its foreign policy. During the Great War, the Ottoman Empire deported and exterminated a large part of its Christian population. In 1938, the Kemalist Republic followed a similar policy in Alexandretta. In September 1955, the Turkish state was behind the brutal “pogrom” against the Greek-Orthodox population of Istanbul. Two decades later, Turkey invaded the Republic of Cyprus and forced thousands of Cypriots into exile.

The same strategy is being used today on the Greek-Turkish border. Greece is facing an ongoing hybrid attack on land, sea and air by a so-called NATO ally. Recently, reports of cyber-attacks towards the Greek government and other sensitive sectors of the Greek state by Turkish hackers were published in the international press. In the first months of 2020, the violation and infringement of Greek airspace – with armed planes flying even over inhabited Greek islands in the Aegean – has reached new records.

The recent decision by Erdogan and his authoritarian regime to encourage and push thousands of desperate people towards the north-east Greek sea and land borders comes as a natural continuation to a series of aggressive actions taken against Greece and Cyprus in the Eastern Mediterranean. These actions include illegal exploration activities in the Economic Exclusive Zone (EEZ) of Cyprus and the illegal Turkish-Libyan Memorandum of Understanding (MoU) that openly violates Greek territorial sovereignty. In addition, reports and footage show that the movement of immigrants -including criminals detained in Turkish prisons- is being implemented with the active participation of the Turkish armed forces, police and the Turkish intelligence services (MIT).

Turkey has become a state “trafficker” that does not recoil from politicising human pain and misery, in order to make political gains. The Greek government’s rightful decision to increase the level of deterrence at its borders and temporarily suspend the asylum applications is the only possible reaction for any state intent on protecting its territory from a well organised hybrid attack.

In the last 3 days, there have been over twenty-four thousand instances of people illegally attempting to cross into Greek territory. In Evros, less than 200 were successful, in which case the intruders were immediately arrested. On Monday alone, over 1.000 arrivals were recorded on the Greek islands of the Northern Aegean. The situation is tense and a fatal accident could turn the whole situation into something that risks becoming uncontrollable.

Turkey has become a state “trafficker” that does not recoil from politicising human pain and misery, in order to make political gains.

It is more than certain that Erdogan’s regime will use fake-news and propaganda in order to attract public sympathy and portray Greece and Europe as the offenders. Turkey de facto cancelled the EU-Turkey Statement and Action Plan. Those who speak about asylum and international humanitarian law from the comfort of their office thousands of miles away from the Greek border tend to forget the geopolitical realities in the region. We are no longer talking about individuals who are escaping conflict zones. What we see is uncontrollable masses trying to reach Europe in huge numbers under the direct encouragement, guidance and facilitation of an official state actor and its services.

Greece and Europe should not succumb to Erdogan’s “Kapalıçarşı”[1] style of bargaining. If you lie down with the devil, you will most probably find yourself in hell. Turkey tried to act as a regional superpower and now reaps what it sowed in Syria. Erdogan, in his vanity, initially supported the ISIS jihadists, then turned against the Kurds and the West. Now, after his military disaster in Syria, he is trying to exercise pressure on Europe and the West in order to save himself from the chaos he created.

Those in Europe who suggest appeasing Erdogan by sacrificing Greece’s national security should take into consideration that this is a great chance for the EU. It can show that it is a real Union with borders and common values, and that it stands ready to defend them. Today Greece is the frontline and the bastion of Europe. Beyond Greece’s borders, democracy and logic stops.

In the midst of all of this, the loud silence of many prominent politicians in European capitals is extremely worrying. Politicians once vocal about the values of European civilisation are today finding it hard to say anything to strengthen the morale of a country that, at this very moment, is defending the European way of life in practice. Apart from the three EU institutions, only Austria, the Netherlands, France, and North Macedonia have openly expressed their will to actively support the Greek forces.

For more than five years, amid a tremendous financial crisis, the Greek population has shown strong solidarity and compassion to the tragedy of all displaced people reaching Greek shores. It seems that this has changed. Local societies can no longer bear an additional influx of immigrants as in 2015. The Greek state is determined not to allow additional “Morias” (this refers to the name of a town in the island of Lesbos that hosts a by now notorious squalid camp) to be formed around the country. Instead, it is only fair that Greece’s European partners step up to the plate.

Usually polarised and divided along partisan lines, all Greeks are currently appearing united against Turkey’s plans. Greeks are determined to defend their country, and thus Europe, at any cost. There is no room for compromise in Turkey’s efforts to destabilise Greece and move forward with claims that put in question the territorial integrity and sovereignty of Greece. Europe should act in this crisis as one if it wants to be taken seriously as a ‘sovereign’, ‘strategic’ and ‘geopolitical’ actor, to use some of the slogans repeated by its leaders in recent years. There is no time for simple statements of support. Tools and manpower must be deployed in the heated zone of Greece’s borders.

[1] Kapalıçarşı / Grand Bazaar of Istanbul is one of the oldest, covered markets in the world.