Transnational lists: a wonderful idea in an EU without wonders 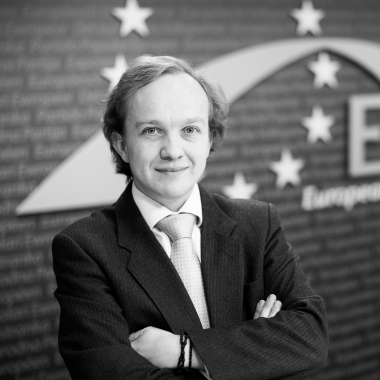 In May 2019, about 400 million EU citizens are called to elect a new European Parliament: A Parliament which may seem physically remote from most of them but whose decisions increasingly affect their daily lives, as its decision making powers have consistently grown over recent decades.

In this context, it seems completely logical to me that, as a Dutch citizen, I should be able to elect by direct universal suffrage a Spanish member of the European Parliament, or that a Greek could elect an Estonian – just as in most EU member states, I can elect at least part of the representatives to national or regional legislative assemblies on the basis of values, principles and political programmes, irrespective of where precisely they hail from.

This is why the growing importance of the EU in general, and the growing competences of the European Parliament in particular sooner or later had to lead to a debate about transnational lists in European elections, too. It began in earnest in 2009 with the own initiative report of Andrew Duff (MEP) in the AFCO committee of the European Parliament. At the time, all major political parties applauded the idea of the introduction of a pan-European constituency. The core of his proposal was to create a legal basis for members to be elected to primarily defend European values, not some narrow locally or nationally defined interest.

But at the time, too many questions marks remained open and there was no time also for the national legislations, election lists and national campaigns to adapt to a new proposal. Nevertheless, the underlying logic of the Duff report was perfectly reasonable – and remains so today, even though basic elements such as the Europe-wide constituency have been blocked by the European Council.

Fortunately, after the Duff report failure, most of the European political families, based on an ambitious interpretation of the Treaty of Lisbon, adopted and promoted the so called Spitzenkandidaten (lead candidate) process without any formal decision by the European Parliament and rules elaborating on this process.

The Spitzenkandidaten are so important in this context because they help to polarise, politicise and personalise the European elections, thereby at the same time increasing the democratic legitimacy of the Commission President and the Parliament. This success story shows that, if the political will exists, ‘Just do it!’ is sometimes the right formula. And learning by doing often really works.

In 2014, the issue of transnational lists resurfaced, with much the same result as before. And sure enough, in the run-up to the 2019 elections, this year the debate started again. The goals were the same as before: Further closing the gap between the citizens and the European Union and fostering democracy by giving more decision making power to the citizens – all long-standing expectations by citizens from the EU institutions.

But the overall situation has changed fundamentally: While the economic and financial crisis is over, populism and anti-European behaviour are still on the rise, fuelled by the migration crisis. Brexit is coming. Again, the same reluctance as in the past has halted progress on transnational lists.

The EPP political family is, in principle, a strong defender of this idea, as we were in the Spitzenkandidaten process that was also new in 2014. But it seems that the incomprehensible technicalities of the difficult and complex proposal were the factor that really made the idea of transnational lists fail again this time round.

The proposal, as it was, threatened to fuel Euroscepticism and parliamentary candidates more known for their harsh, noisy and loud statements than for the European spirit. The proponents of this project also lost the media battle, increasing fears among moderate Europarty candidates of losing the battle against Euroscepticism, endangering their future jobs.

The debate will continue: Europe always needs more time to digest bigger changes. One only needs to remember the debates on a common currency before finally adopting the Euro: They took 17 years. The next proposal, for the 2024 elections, must be better prepared, easier to grasp and tabled in time for national parliaments to adapt their legislation for the European elections.

Most importantly, Europeans need to increase their knowledge of each other and of the EU institutions: More education on Europe in schools, extending the Erasmus programme, introducing free Interrail tickets for 18-year-olds. I believe we will see the day in which it is not only possible, but a normality for European voters that French can vote for Latvians, or Irish people for Swedes.

Meanwhile, it is up to us in the big European party families to maintain and nurture, with a special kind of courage and persistence, the enthusiasm for an ever closer Union – because to that, there is no alternative.