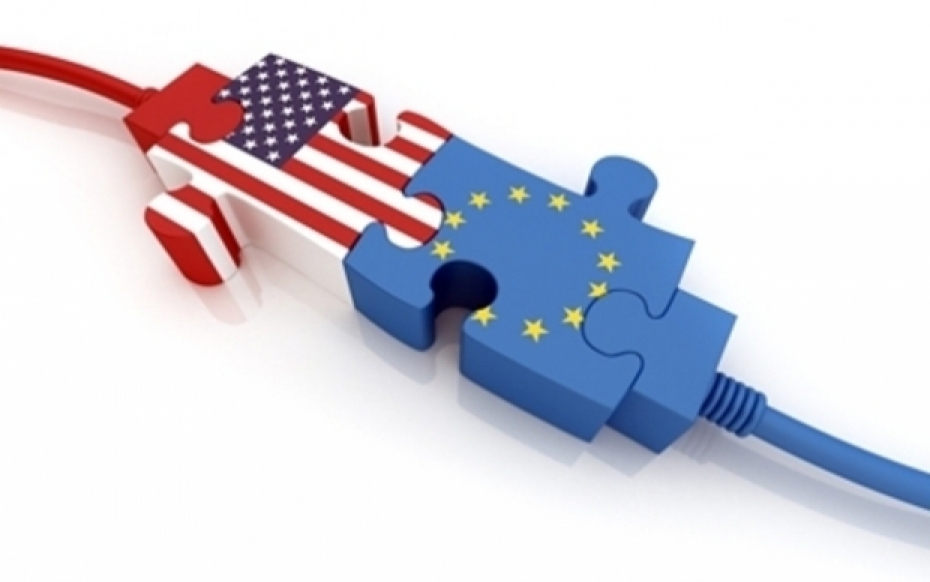 Karl Marx wasn’t wrong on everything. Take his famous dictum about history repeating itself: The first time as tragedy, the second time as farce. If 2003 was a transatlantic tragedy, with the open rift within the West about the Iraq War, then 2013, with its revelations of American data mining and spying on allies, and the ensuing European shock and anger, risks becoming the year of a transatlantic farce.

Again, European atlanticists look stupid – poodles to the US, so to speak. Again, and even more ominously, resentment against America has become a tool of European politics: witness the German Social Democrats’ blatant attempts (http://ces.tc/14XJ2mS) to paint Chancellor Merkel as too docile vis-à-vis American unilateralism. The pictures showing her smiling next to Barack Obama in Berlin, two weeks ago still an asset, suddenly have become a liability in her re-election bid.

Nevertheless, this is not 2003 – the main reason being that Europe’s relative weight in the transatlantic relationship has actually further declined over the last ten years: both militarily and economically. Militarily, the United States is – rightly or wrongly – withdrawing its last major combat units from Europe while Europeans compete in cutting their defence budgets to record lows. And they show very little willingness to shoulder any major new security burden. Economically, the US is now moving out of the crisis while Europe seems mired in stagnation, with dwindling exports, low competitiveness and a mountain of over-regulation. America is busily exploring shale gas, thereby creating windfall profits as well as reducing its energy dependence – while Europeans are dragging their feet over shale gas and thus risk missing out on cheap energy and less dependence on Russia.

Now we know that in 2003, the US also believed it could get on without the (West) Europeans. Or without anybody else, for that matter – after all, the term unilateralism was then born in reference to a White House allegedly in the grip of neocon ideology. But that mood changed very quickly in Washington, where the second George W. Bush administration became very cooperative with all Europeans – much more so than Obama’s America ‘pivoting’ towards Asia.

So where does this leave us atlanticists in the days of transatlantic spying and data mining? Three major truths come to mind:

First, most transatlantic spying is done jointly, not against each other. And it is important to keep the data mining apart from the eavesdropping. Data mining in private communication, according to all we know today, is also done by the French and British intelligence services, and the German authorities were at least informed about some of the NSA’s activities. After all, some spectacular successes of European services against would-be terrorists, such as Germany’s preventing the ‘Sauerland’ gang (http://ces.tc/12fEIkj) from killing hundreds in 2007, were already then explained by US services having used telephone and internet data.

Hence, there is no reason for Europeans to be particularly morally outraged about Snowden’s revelations. On the other hand, the scope of the snooping on the internet will be open for debate. Everyone in this debate subscribes to the need to find the right balance between privacy and security. No one can claim to have found the perfect solution. And as to the spying on allies: while we still have to learn about its actual scope – it is clear that diplomats always have to envisage that others will try to get hold of their secrets – even friends. In the EU institutions, with the lax attitude to secrecy and some Member States’ tendency to leak documents, it usually doesn’t take listening bugs or malware for others to find out what the European External Action Service or the Commission are up to.

Second, are trade talks such as TTIP the appropriate framework to hit back in anger? – No, because that would be self-defeating on a large scale. Due to the growing transatlantic asymmetry, and because of Europe’s dire need to increase its own potentials for growth, it has very little leverage through suspending or dragging out the negotiations. They will be hard enough from now on, in any case. To open up US public procurement, for example, or for Europeans to accept importing genetically manufactured organisms (GMOs), will require protracted domestic battles on either side. And, of course, discussing digital services in the TTIP framework will be a good opportunity to speak about privacy and security. But that would also presuppose having a digital single market in the EU – which is not in sight at the moment. All this means that the talks must go on now. Transatlantic differences in the digital field can be resolved in due time.

Third, it is time to develop a more realistic atlanticism (http://ces.tc/14XJhyc) : That includes being a bit more open about the dilemmas of freedom and security in the age of global terrorism. Some of the transatlantic rhetoric about the freedom of the individual as a core value of the West will sound hollow if we don’t more openly redefine it for the 21st century. There will have to be more exceptions to fundamental rights if we want to preserve them at all. If we pay attention to that, then 2013 does not have to become the year of the transatlantic farce.