The online debate around the EU referendum: should Remainers be concerned? 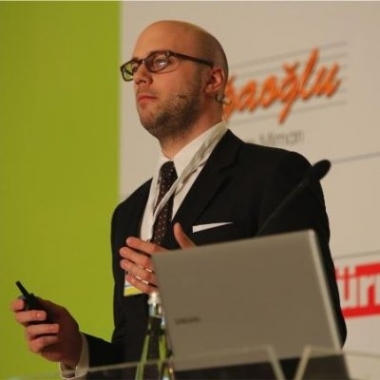 A recent Guardian ICM opinion poll showed a fascinating difference between the views of participants in phone and online surveys regarding the upcoming EU referendum. Both were relatively divisive, only on different sides of the debate: those polled over the phone were eight percentage points more likely to vote to remain the in EU (47 to 39) whilst voters that contributed to the online poll were four points more likely to leave (47:43).

A range of reasons for this split could exist, but it is a scenario that those of us close to online political campaigning have long foreseen.

For anybody visiting social media platforms to analyse or involve themselves in the debate on Scottish independence, for example, the online reality provided a vastly different message to the one given by traditional polling: strongly in favour of leaving (or dissolving, depending on your point of view) the United Kingdom – a study I ran in August 2014 attributed approximately 90% of all public social media mentions of the referendum to supporters of independence.

Analysis of the online debate on the EU referendum reveals a similar, yet more dramatic pattern to that underscored by the Guardian ICM poll.

The visual in Figure 1 shows the structure of the referendum debate on UK Twitter during the second week of May. The network graph shows the inter-connectivity of the 1000 most influential tweeters in the United Kingdom that discussed the referendum in a variety of ways in the week commencing May 9 (hashtags, responding to campaign accounts, longer form mentions of the referendum or simply expressing views to leave or remain).

Each node (dot) is a Twitter account and each edge (line) is a connection between them. Connections are conversational, rather than a simple look at who follows or @mentions whom, so show retweets, responses and quoted statuses. A full description of the network map is available here.

The bulb-shaped cluster to the right of the map is almost exclusively made up of Twitter users strongly in favour of leaving the EU, whilst the strands to the left are largely accounts supportive of Remain. We can also quickly see that the Leave side of the network is both multi-faceted and tightly clustered: the multiple colours show that several sub-networks exist within this conversation, whilst the high density graph shows that the accounts are highly likely to engage directly with one another.

The largest, most central node on the leave side (red, with thick links to other accounts) is Vote Leave (@vote_leave), perhaps to be expected, whilst the large node to the left of Vote Leave is campaigner Dr Rachel Joyce (@racheljoyce). The latter has only 3,638 followers (at the time of writing) but is crucial to the integrity of this specific conversational network, bringing otherwise disparate accounts together in the debate.

The strands to the left are held together by two large nodes: Stronger In (@StrongerIn, top) and “British and European” (@polnyypesets, bottom). As on the Leave side, @polnyypesets is not an obvious agent of this debate with just 2,857 followers, but is central to networked discussion.

Interestingly, the structure of this Twitter debate has changed little since we ran the same analysis a few weeks previously. Figure 2 shows the network graph of the referendum debate at the end of March.

The shape is the same: largely pro-Brexit accounts dominating the online noise, whilst Remain supporters inhabit the fringes. Twitter accounts on both sides however, are linked in places, occasionally by media or polling accounts but more often by tweeters engaging in active debate.

A key reason for the centrality of @polnyypesets in the network is that the account converses with both sides, providing a bridge between Remain and Leave (albeit having closer links to Remain, hence its location in the network).

When we compare the EU referendum map to the factional, scattered network map of the European political parties (EPP, PES, ALDE etc) during the 2014 Spitzenkandidat race within the European Parliament election (figure 3) we see far higher levels of bipartisan discussion.

In figure 3, each cluster is dominated by official campaign messaging by the European parties, with few connections between rival camps.

The crucial difference between figures 1 and 2 involves the maps’ density. Edges linking Twitter accounts are thinner, meaning fewer interactions between these people, whilst clustering of the map in general is less dense, meaning that fewer of these accounts were conversing with others in March. Bluntly, the online conversation has stepped up, accounts in the EU referendum debate have become more active and conversations between influencers more common.

Figure 4 below shows the volume of public social media mentions per week in the UK about the referendum, and the number of unique authors in the discussion (source: Brandwatch). Contributors on both sides are posting more frequently.

Reasons for the domination of the online debate by Leave advocates can be discussed at length. We may point to a more disparate coalition of groups of the pro-Brexit side in addition to the official Vote Leave campaign, or to an anti-establishment, anti-status quo sentiment of online discussion more broadly.

And whilst this cannot be considered in the same vein as traditional polling as an indicator of the eventual result, its importance should not be underestimated. For the undecided voter that turns to online platforms for guidance or verification of whatever facts exist on either side, this is what they will encounter.

Similarly, the noisy, crowded nature of this discussion highlights the importance of careful navigation and accurate targeting of the right content, to the right voters and the right times, particularly for those encouraging Remain and the official Stronger In campaign.

Whilst the overall structure of the campaign shouldn’t necessarily be of concern to Stronger In, it further highlights that directing messages demographically or geographically is no longer adequate or necessary, and that it is possible to cut through the noise by engaging a relatively small set of influencers.

With less than a month until the vote, understanding the changing nature of this debate structure is crucial to both sides.

With the issue of Turkish accession to the EU entering the campaign in earnest last weekend, and with Sadiq Khan and City Hall diving into the campaign to actively promote Remain in the following days, network graphs provide an excellent way of understanding the impact and prevalence of such messaging, and which accounts are influential within this morass. This series aims to understand some of those facets over the upcoming weeks.

This blogpost is the first from an Ogilvy London series analysing the online EU referendum debate from a variety of angles in the weeks before the vote on June 23. You can read the original blogpost here.