The future negotiations on the EU budget: what to expect? 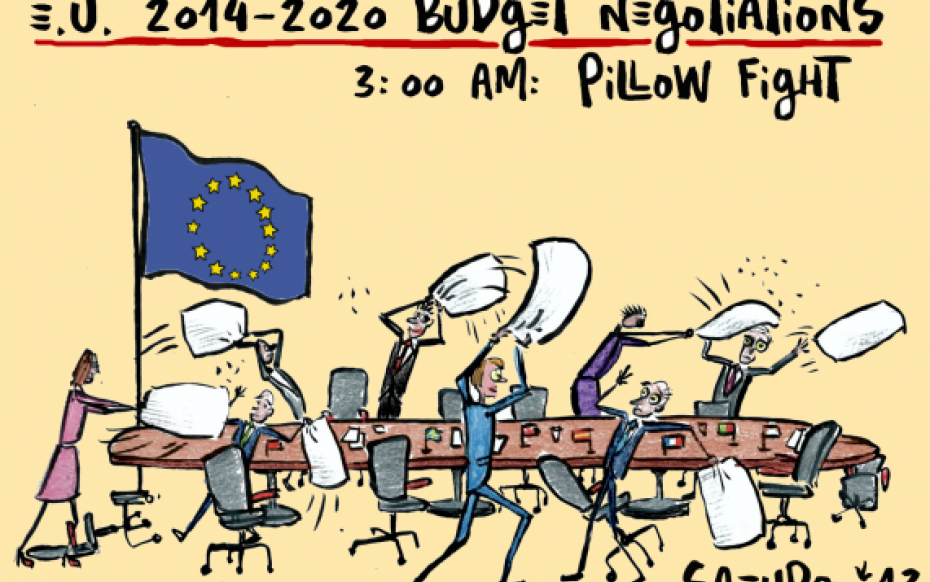 The European Council reached a political agreement on key elements of the European Union’s budget for the period 2014-2020 (multi-annual financial framework) at its meeting on 7th -8th February 2013. However, the formal, legally binding agreement has to be jointly reached by the European Parliament and the Council of the European Union, for which the General Affairs Council has the lead. The Lisbon Treaty requires that the position of the Parliament is to be taken into account in this process.

From an EPP perspective, it is important that the budget of the European Union is more than the sum of diverging national interests. It shall serve the wider European interest. The budget shall give the Union the financial means to fulfill its tasks and obligations, and finance its main policies in a future oriented manner.

The European Parliament adopts its formal position for the start of the negotiations in a Resolution on 13th March. The Council will adopt its position at the next meeting of the General Affairs Council on 23rd April 2013.

The European Parliament has made it very clear that the outcome of the European Council is not to be seen as the final agreement on the Union’s budget for the next 7 years and it cannot be imposed upon the Parliament. The political agreement of the European Council is, therefore, the starting point, not the ending point of this inter-institutional process. Due to the fact that it is the first time that the Lisbon Treaty applies to the seven-year EU budget, the role played by the Parliament in this process will serve as a precedent for all future EU budget talks. It is because of this that the Parliament is expected to have a particularly firm position.

The main demands of the Parliament towards the Council are: flexibility in the implementation of the budget; a compulsory and comprehensive revision of the budget during its implementation; and an agreement on own resources, as a source of revenue for the EU budget. A wide majority of the Parliament supports these claims. Several Member States have also indicated sympathy for these demands and the Council’s negotiation mandate might contain some space of maneuver to meet these Parliament’s requirements. These points proposed by the Parliament are valuable points, and are worth including into the final agreement, so that the final budget assures that the Union meets its tasks, while the sensitivities of individual Member States are also taken into account.

For the future, in order to avoid the escalation of conflicts on the EU budget, which also go against the wider European interest, a particular attention needs to be given to an EU budget built on own resources. This is also the spirit of the EU Treaties, which foresee EU own resources as the source of financing for the European budget. At this stage, each opposition leader in the Union’s 27 Member States tries to politically exploit at national level the negotiations on the EU budget. This puts extreme pressure on each EU Head of State or Government to secure national interests as a matter of priority. Any compromise reached by the European Council is subsequently exploited by opposition parties, often in a populist way, and presented as against the interest of the respective Member State. This leads to 27 divided national debates on a European topic. This is not in the interest of the Union. Pro-European forces should unite to explore opportunities for an EU budget built on own resources.