The Brexit Echo: how to break the “echo-chamber” effect in political communication 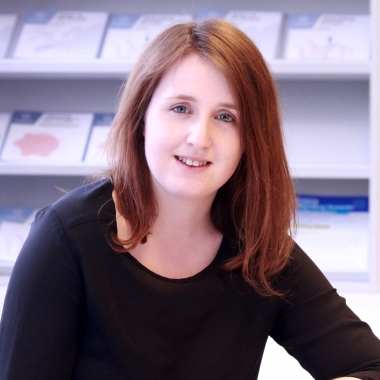 The result of the UK’s EU referendum has provided impetus for European political parties to rethink their communication strategies.

The referendum result came as a shock here in Brussels because many of us in the Remain camp probably couldn’t name a single individual who would have voted for Leave. By the same logic, there are likely communities in England I could visit to become the only Remainer in the village.

Once upon a time, in the days before Facebook, we revelled in finding like-minded souls.

It was the British novelist CS Lewis who quipped that “Friendship is born at that moment when one person says to another: “What! You too? I thought I was the only one”. Today, however, it has never been easier to connect with people with whom you share common ground.

In the internet age, we are surrounded by like-minded people. We tweet into echo-chambers, we take selfies to ‘get likes’ or we delete the posts if we don’t. We’re increasingly surrounded by Yes Men and Women and we’re unconsciously isolating ourselves from the rest of the world.

As we reverberate in the Brexit aftershock, when we find ourselves asking ‘how did this happen?’ or ‘who voted to Leave?’ it is my opinion that we actually need to ask ourselves why didn’t we see this coming?

Enabled by over-sharing, algorithms and trending topics, the echo-chamber as a concept is flourishing.

To sum it up, it involves like-minded people sharing like-minded views and circulating contentedly and uninterrupted in like-minded circles. Whether espousing moderate centre-right values or advocating for attributes found elsewhere on the political spectrum, as we scroll through our social media feeds, in search of ‘likes’ or distributing them, we find ourselves increasingly unable to distinguish like from maybe too alike.

The UK referendum, in this regard, is a wake-up call. Populist ideas must be addressed and this has to be done not with a giant POPULIST rubber stamp aimed at silencing the conversation, but by listening to the concerns of voters and effectively communicating the positive value of the European project.

By virtue of the very nature of our echo-chambered existence, most of the people reading this blog will probably agree with me. That’s all well and good but ultimately we should seek to employ the echo-chamber to our advantage. There are two things we need to do. The first is instrumental in achieving the second. We need to utilise the circular nature of the echo-chamber in which we revolve to remind ourselves of the following message;

The European construction is exactly that, a construct, and it is ours to build. The remaining 27 member states, their political parties, and our political family in particular, are under no obligation to subscribe to the British motto of Keep Calm and Carry On and to shrug our shoulders in the difficult discussions which will soon take place on the future of Europe and the need for reform. We do not need to ‘take back control’ because we already wield it but we do need to utilise it to strive for the Better Europe called for by Commission President Juncker.

Once we have realised this, and structured our vision for an EU of 27, we need to break the sound barrier and defy the limits of the echo-chamber. This will involve sensible, sensitive discussion and debate. It is the role of everyone from think-tanks and political parties to ordinary citizens to recognise that we do not exist in a vacuum and that the opinions and ideas of others are to be listened to with respect because they serve to better inform us about Europe and our world.

At the individual level, it is easy to break out of the echo-chamber. You can follow those whom you sometimes disagree with on Twitter or pick-up a newspaper different to your regular Sunday read. For political parties and think-tanks, it’s slightly more nuanced. A balance has to be found in order to avoid preaching, propaganda, or worse again, spam.

Communication strategies have to be clever, they need to adapt to new media, embracing visuals, videos and Vines. There’s nothing to say a political party can’t SnapChat or Boomerang either. Aside from adding madness to the method, it is content that remains key. Twitter has grown its empire on the intrinsically human art of storytelling. Today more than ever people are hungry for narratives. Political think-tanks can offer genuine, credible narratives – not only about how we would like our world to be, but also about how it can be achieved. Reaching out to citizens beyond traditional circles can help to create a healthy diversity of narratives on the future of Europe.

The European project has suffered from preaching to the converted for a little too long. Looking forward, the only ‘–exit’ on the horizon should be from the problematic depths of the politically divided echo-chambers. It is imperative that we create one inclusive conversation on the EU, unless we wish to succumb to the same fate of self-interest and repetitiveness that ultimately saw the end of Narcissus, and his estranged lover, Echo.