The battle for local democracy in Ukraine 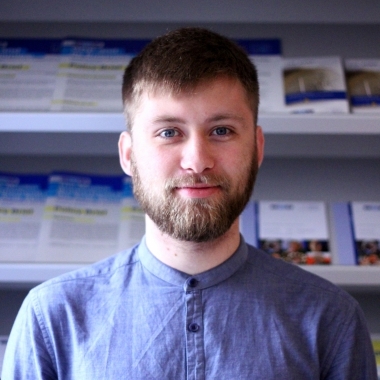 On June 18th, the Ukrainian Parliament had the chance to decide on possible reforms of the legislation for local elections, which will be held next October. This strategic decision aims at strengthening decentralisation by introducing new election procedures and optimisation of local councils. As a result, the draft law has been accepted in the first reading, which parliament may then alter or amend. In doing so, however, the Verkhovna Rada of Ukraine has compromised its chance to implement a comprehensive, open, and inclusive reform of the law on local election.

According to the current law, half of the municipal rayon (district) and oblast (province) councils are elected by the proportional system, and the second half is decided in single-member constituencies. This system has continuously proven to be a breeding ground for the misuse of administrative resources[i], corruption and numerous manipulations. If you include elected representatives of all levels it totals 240, 000 people.

Mayors of large cities are currently elected by a ‘first past the post’ system allowing the use of political technologies like spreading votes among many candidates. An excellent example of this was the Kyiv election of 2006 when Leonid Chernovetskyi – famous for his singing, buying votes and corruption – was elected mayor:  there were two centrist candidates fighting for the same electorate and each received 20-25% of the vote. But the winner was a third candidate, representing a populist party, who received 30% of the vote.

The coalition agreement of the majority in the Ukrainian Parliament, signed by five parties, contained electoral reform in the first half of 2015. It proposed the following:

The purely proportional method will apply in parliamentary and local elections, where votes will be cast for individual candidates and not political parties (this may mean that constituency lists will have to be introduced and constituencies will have to be redrawn). The majority system will only be maintained in the case of elections to village and city district councils. Mayors of big cities will be elected by an absolute majority.

Ukrainian parliamentarians had to choose between four proposals:

Proposal #1 – Initiated by Yulia Tymoshenko and the Batkivshchyna party, but the proposal was withdrawn on the voting day.

Proposal #3 – Introduced by Cross-factional group of deputies and experts of Reanimation Package of Reforms[ii].

Proposal #4 – Proposed two hours before the deadline by some deputies from Liashko Radical Party and Petro Poroshenko Block.

During the ranking voting the fourth proposal got the most support and was adopted in the first reading. According to the proposal, mayors of cities with more than 90, 000 inhabitants are elected with an absolute majority which means elections with two rounds for such communities. Another positive achievement is optimisation of total number of elective representatives in local communities.

On the other hand it is not fully complying with the Coalition Agreement, in the way that it does not formalise a holding of local elections under a proportional voting system, and forbids self-nomination at some levels. In some way it creates quasi-majoritarian election system where parties assign candidates to districts. New system reintroduces bloc system, which is a step back according to experts of Reanimation package of reforms. Another negative change is the threshold of 5% for parties and 7% for blocs, which makes it almost impossible for new parties to rise. The authors call their proposal ‘an open-list proportional voting system’ – either by mistake or in order to manipulate public opinion. The results of election held under this system might discredit the election system, and the open-list proportional voting system, as well as the entire institute of local election.

The experts have already replied to this legislative initiative. They call for the inclusion of the following regulations into the draft law which is being finalized:

– to create conditions for due participation of the internally displaced persons in the election;

– to make financing of election campaigns more transparent by publishing full financial reports both before and after election;

– to introduce effective mechanisms securing balanced representation of both women and men in the elective agencies;

The voted draft eliminates the existing parallel system for local council elections, which has been widely blamed for recurring irregularities in local elections and for a lack of representativeness in local councils. At the same time the law fails to introduce effective mechanisms to secure proper representation of women in the local councils, to make the funding of the election campaign more transparent, and to cut down the expenses of the parties and candidates for the election propaganda. The draft law includes no regulations to guarantee that internally displaced persons will have a possibility to vote at the election.

In any case, a significant effort will be needed to ensure voters understand how the new system works and how to fill out the ballot papers. Extensive training of election commissioners and observers will also be needed to ensure smooth implementation of the new system. Moreover, these changes will help to discipline voters to be more responsible in local elections, because they are not taken seriously when compared to the general election. The understanding of this responsibility by local communities for those whom they are electing is a precondition for decentralisation. If Kyiv made this step towards the strengthening of local self-government, it will support the ranks of Poroshenko and Yatseniuk and their parties which were depleted after the elections in November. Thus, the adoption of this proposal with the amendments mentioned above would be the best possible, but certainly not the best imaginable, result.

[i] The misuse of administrative resources is forcing state employees to vote for the ‘right’ candidate, using local budgets for election campaign etc.

[ii] The Reanimation Package of Reforms is an initiative of public activists, experts, and journalists who have teamed up to facilitate the implementation of reforms in the country.