Statues have been destroyed throughout history, it rarely spurred social progress 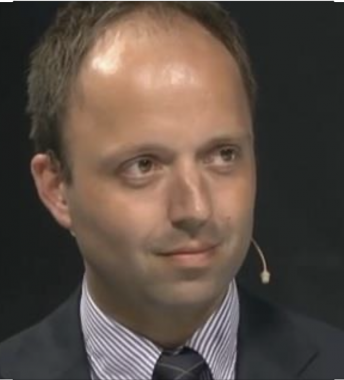 Few symbols of upheaval are as powerful as the toppling of a statue. The last couple of weeks have been a good demonstration of this, across all Western societies – and Belgium is no exception. The cities of Antwerp and Ghent in Belgium removed statues of King Leopold II from their streets. This political compromise may appease radical demands, but it constitutes a missed opportunity to engage in a broad civic debate on identity and history.

There was a time when these statues honoured the Belgian sovereign for what was seen as his national and colonial heroism. Today these monuments inconveniently remind us of an embarrassing past, and of political and ethical norms that have long lost their validity. Still, Belgians are divided whether or not the statues should go because many interpret history differently.

The controversy around Leopold II doesn’t stand alone. In the Belgian town of Zottegem, a statue of Julius Caesar was vandalised. In London, protesters aimed their anger at a memorial for Winston Churchill, and in Johannesburg, paint was thrown at a statue of Mahatma Gandhi. Radical polarisation around identity has intensified emotions; it condemns those who assumed the role of ‘privileged’ leadership, and it hinders an objective debate on history. We deserve better than that in our democracies.

It is not the first time that statues fall prey to public anger. During the 4th century reign of Roman Emperor Constantine, monuments of as many as 25 former emperors were removed from public view. Europe’s Great Iconoclasm of the 16th century saw Catholic art and church decorations destroyed in Protestant mob actions across the continent. Statues and monuments are also a prime target after wars or violent regime change. ISIS materialised political change by destroying the artefacts in the ancient Semitic city of Palmyra. The Taliban blew up Buddha statues. And who does not remember the gripping images of Iraqis, or Libyans, celebrating their freedom by dancing on the fallen monuments of Saddam Hussein or Moammar al-Qadhafi?

But against the backdrop of this history – and a recent racial incident in the United States – should we therefore conclude that a statue of Leopold II symbolises the structural racism of the Belgian people or their government? Is a monument to Winston Churchill the embodiment of white British exceptionalism? Should we tear down a statue of Julius Caesar for the same reasons Americans are now removing Confederate symbols across their nation? Will this damnatio memoriae – the condemnation of memory – contribute to social progress? Most likely not.

Perhaps a fairer debate is first to understand why some democracies struggle to talk about their history openly? Why is it sensitive in the Netherlands to touch on the role of the Dutch East India Company in 17th century Indonesia, or to talk in France about the atrocities committed during the Algerian War in the 1950s?  The answer lies in part in our values, and in the fact that our societies still have a very complicated relationship with our principles of equality – principles enshrined in every democracy’s constitution, but that are, or at least were, difficult to implement correctly.

Pioneers advocated women’s suffrage as early as the 19th century, but only in the 20th century did a critical mass support such a political innovation. Today, even if the public has grown accustomed to narratives of pluralism, multiculturalism, and wealth redistribution, the reality is too often one of isolation, gentrification, and inequality. The fact that government leaders or public influencers rarely raise this topic is not a sign of racism. Rather, it demonstrates a more significant inability to conduct a proper reflection that includes all groups of society. In an environment dominated by peaceful debate and within the framework of the rule of law, public attitudes are slow to evolve, and even the most progressive minds are often hesitant to embrace disruptive change.

That is why change coming from the grassroots needs to focus on creating a broad consensus and avoid polarisation. Only this way can powerful ideas transcend and transform into concrete evolutions. Today’s protesters will need to work with the political leaders that they oppose. And more importantly, they will need to win the hearts and minds of the silent majority, so that everyone embraces the proposed change. Clearly, destroying statues divides the public and achieves no progress on either front. Exceptions to this rule are rare. The removal of Nazi symbols in post-World War II Germany or the toppling of Lenin statues after 1989 in Central and Eastern Europe are different cases: That was about visualising fundamental change in, or at the end of, a systemic upheaval within the lifetimes of the citizens.

Today’s bilderstürmer are right to condemn the mistakes of the past. But censorship rarely works. History cannot be a subject one likes or dislikes, and exists for us to learn from. We need more conversations about history, not less. Looking at statues and monuments can actually serve as a helpful reminder of the undesirable. Today in our democracies, there is a broad consensus against racism. Civic and political leaders would be wise to promote more debate on that positive foundation. Blaming old statues may please the strongest emotions, but it will take more than that to make for a better society.