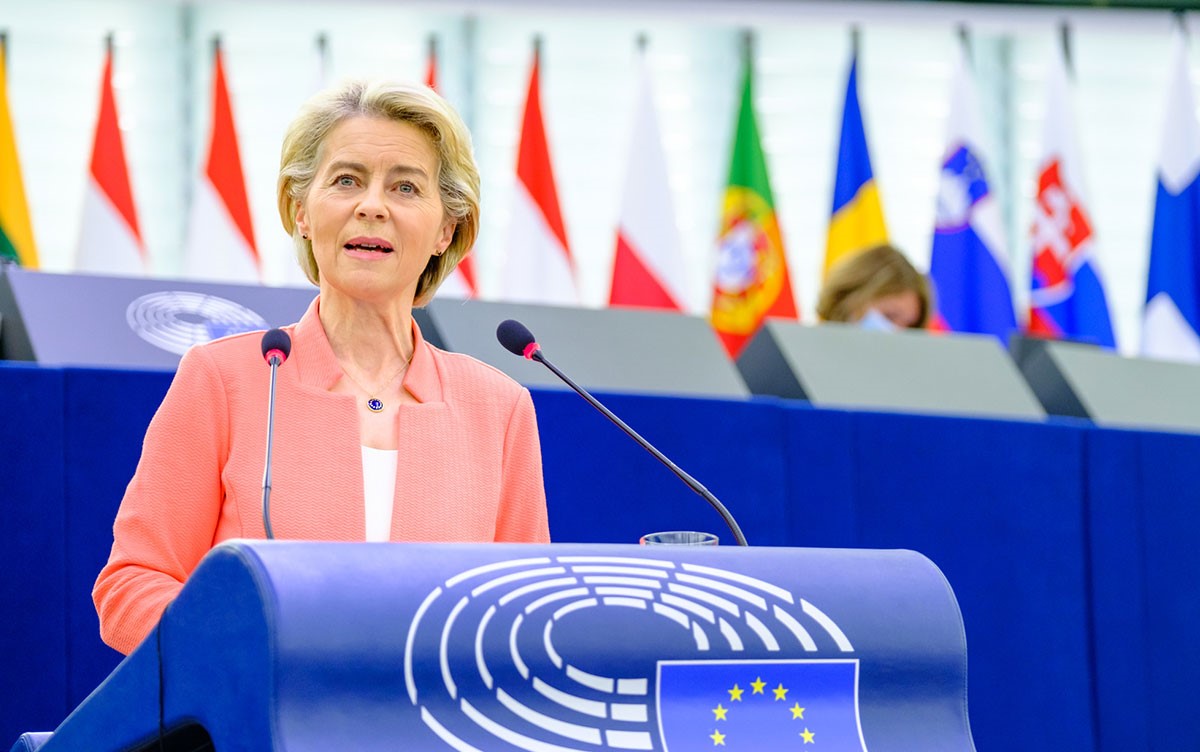 European Commission President Ursula von der Leyen’s State of the Union speech has become an established news item, resonating across European media. The 2021 speech had a strong focus on recovery and the last remaining steps to overcome the COVID-19 pandemic.

Structurally, her State of the Union speech was very similar to last year’s, starting with a short reference to the ‘Big Picture’, followed by a list of various Commission initiatives, often with the promise of creating new tools, with budgetary backing. This year’s speech even ended on a similar note as last year, with a ‘human dimension story’. 2020 referenced young girls playing tennis in Liguria, while this year it was an Italian Paralympic gold medallist.

Rather than a speech on the State of the Union, the EU, its long-term vision and its upcoming challenges, the speech became an opportunity for the Commission President to market ongoing initiatives and launch new ones, focusing on the EU’s internal policies.

But although the speech’s focus was mostly internal, it reflects a desire for the European Union to become (yes, really) a true global player.

Since external strength comes from within, and no doubt driven by the momentum created by the situation in Afghanistan, von der Leyen logically followed up by underlining the importance of being ambitious in security and defence cooperation, discussing the plan to convene a Summit on European Defence under the French EU Council Presidency.

However, there is currently no lack of different cooperation mechanisms in the area of security. Instead, the challenge is a lack of motivation on the part of EU member states to engage and invest in their own defence capacity, without even thinking about cooperation at the European level. On the one hand, replacing existing progress by launching a new process with fresh expectations to be fulfilled can be counterproductive. Still, a Summit can create political momentum for further development.

Another initiative mentioned in the State of the Union speech, although perhaps surprising, is the idea of a Global Gateway strategy, a kind of response to China’s New Silk Road, also known as the Belt and Road Initiative (BRI). The strategy seeks to create partnerships with countries around the world, creating investments in quality infrastructure, connecting goods, peoples, and services around the world to build a worldwide brand. It sounds big and ambitious, but the obvious question is, where is the money?

China’s BRI is estimated to involve around $2.5 trillion at the moment. Undoubtedly, the EU will aim to use similar financial leverage as with the ‘Juncker Plan’, but securing funding for massive global infrastructure projects outside the EU’s territory and matching China will prove to be a challenge. However, a key difference between both projects is that the EU’s Global Gateway effort should be based on important EU values and aim to build genuine, mutually beneficial partnerships, as opposed to China’s strategy of debt trapping and subsequent diplomatic coercion, which are the backbone of the New Silk Road.

Currently, the EU’s external force leans heavily on its economic force and its trade ties. The “Brussels effect” makes the EU a leading regulatory force, and the current woes of the US and China put the EU in a unique position to become a promoter of global trade. It is therefore almost surprising that the State of the Union speech did not allow room for a more elaborate discussion on the EU’s role within the global economic patterns and EU trade.

Naturally, one could claim that due to COVID-19, global trade is still shellshocked. However, global trade and business are recovering much faster than expected. During the COVID crisis, the prognosis was that supply chains would be radically changed after the pandemic. As it turns out, we’ve instead witnessed increasing demand and prices, with many companies basically returning to the same production models. Globalisation as a trend will bounce back.

The European Union will not be able to project its power in the same way as big, global sovereign states. It originated in multilateralism and cooperation, holding weaknesses other global entities do not – but also possessing strengths others are lacking.

While the defence and security pillars are essential for a strong EU in the future, development is slow, and thus its primary strength remains centred on its economy. As we wait for next year’s State of the Union speech and its own human story ending, there are equal expectations on how the EU will aim to claim its place and, through its multilateral dimensions, shape the future of the global economy and trade.