Safeguarding the Algorithm of Democracy 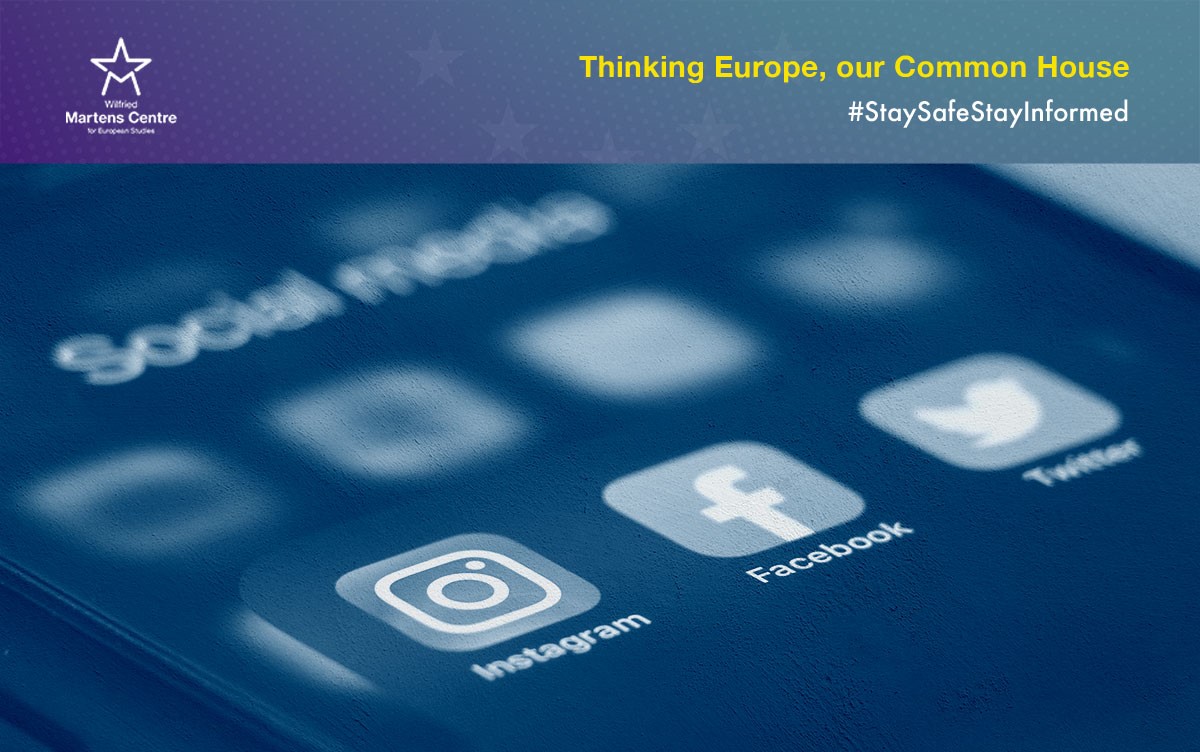 Even though the decision by the main social media platforms to silence Donald Trump was a relief for many, it was also a source of concern and scepticism. The fact that a CEO had the unquestionable power to block the sitting President of the second largest democracy in the world, a nuclear superpower, shortly after he received a record 74 million votes and without any judicial oversight, was rather alarming.

Social media companies rightly argue that Trump violated their platforms’ rules. It wasn’t the first time, either. But this is not the issue now. For better or worse, these digital platforms are not simply corporate applications. Social media are what Habermas would define as today’s “digital public sphere”. The public sphere, open to all, emerged in Europe in the 18th century as a place for critical dialogue, where citizens formed communities whose shared rationality acted as a regulator for the power of the state, and it has now adapted to the new technological reality. Analogous to the 18th-century newspapers, magazines, reading groups and cafés in Europe, we now have Facebook and Twitter. They are the digital version of the Ancient Greek “Agora”, which often turns into a Roman arena*.

This digital public sphere is opaquely controlled, through arbitrary procedures. Every CEO is accountable to his shareholders and consequently to his clients, one would say in an expansive way. But this balance is not enough. The user-client cannot directly control any CEO. He can only withdraw from the platform. This does not constitute any direct control power.

Due to the size and nature of their operation, big social media companies actually manage a “public good” and cannot be treated with standard corporate rules. Additionally, loose self-regulation is insufficient, regardless of the reactions from the supporters of the internet’s anarchic nature.

Obviously, I would never recommend the strangling of internet freedom, but I strongly believe that it is the right time to discuss the creation of an institutional framework in accordance with the model of supranational institutions.

We need a sort of “international law” for digital platforms and AI, guaranteeing the fundamental rights of citizens – users – and providing specific procedures and even sanctions.

We are sailing in uncharted waters. This means that we must create new maps and possibly new compasses to find our way in this potentially dystopic reality.

Understandably, such an institutional mechanism cannot match the speed of developments on social media, but this should not be discourage attempts to address this complex and challenging situation. After all, supranational bodies and international rules were not created overnight, nor do they ensure that we actually live in an ideal world. But they generally prevent us from being led into the utter chaos of a global jungle.

What happened to the absolutely reprehensible Trump, will happen tomorrow to someone else who is less unfavourable to us, but a CEO will still have the absolute power to press the delete button. As citizens, we cannot be complacent and delegate the right to control freedom of speech to an uncontrolled mechanism.

We are sailing in uncharted waters. This means that we must create new maps and possibly new compasses to find our way in this potentially dystopic reality. Perhaps it would have been more appropriate for the corporate actors themselves, to make the first move and create such a system of checks and balances. But this has not been the case.

The European Commission has taken a double initiative in this direction on behalf of EU member states. The Digital Services Act and the Digital Markets Act are two crucial steps ahead for Europe, which is acting, albeit slowly, to set some limitations – legal obligations for online platforms, creating a more solid legal framework. It is an attempt to bring order to the digital chaos and contribute to the digital space with our European values. This could prove a profound movement of global leadership. In this framework, the EU needs to lead the way in a constructive international dialogue and join forces with other global democratic allies, since the issue is not solely European, but global.

Following on Donald Trump’s ban from online platforms, a wide public discussion about the uncontrolled power of social media has begun at an international level. Many leaders raised the question of further regulation. It is not about Trump himself, but about the principle of democracy and freedom of speech. German Chancellor Angela Merkel has suggested that lawmakers should set the rules governing free speech and not private technology companies. Thierry Breton, EU Commissioner for Internal Market, raised concerns about the “deep weaknesses in the way our society is organised in the digital space”. Manfred Weber, chairman of the EPP group at the European Parliament, pointed out that “we cannot leave it to American Big Tech companies to decide what we do and do not discuss, what can and cannot be said in a democratic discourse. We need a stricter regulatory approach”. French Finance Minister Bruno Le Maire commented that “the regulation of the digital world cannot be done by the digital oligarchy”. U.K. Prime Minister Boris Johnson said it was time for a real debate about the status of big internet companies.

There is no easy conclusion to this discussion, but even its existence is proof that we manage to keep the spirit of modern democracy strong. We cannot expect obvious and “ready to use” solutions. We need a thorough and open-minded discussion to come up with them, with multiple aims: to address the digital world’s existing and emerging challenges in an innovative manner; to use cutting edge technologies to the benefit of societies; to set the necessary ethical rules on AI; and to safeguard the “algorithm of our democracy”.

As a union of some of the most advanced, well established, and oldest democracies in the world, the EU has the duty to break ground on this.

*This idea is expanded upon in the book “Reflections and distortions – The Electoral Impact of Social Media in Europe”, soon to be published by ENOP – CIEPEG.