Pirates & Co: The Fast Emergence of New Parties in the Virtual Age 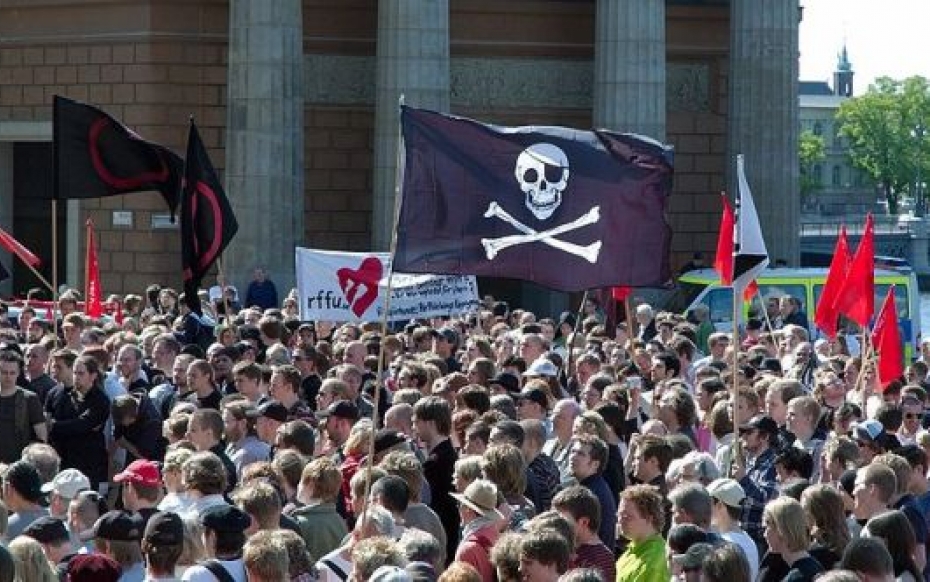 allIt is happening everywhere in Europe: in Italy, a grassroots movement called “Movimento 5 stelle” (“Five Stars Movement”) has coalesced around former comedian and showman Beppe Grillo, who writes one of the world’s most influential political blogs addressed to young people. In Austria, three IT experts founded an online party at a press conference held on 27 March 2012. It follows the principle of direct democracy in that the online community should make the decisions.

Specific topics which are internet-related, such as the Anti-Counterfeiting Trade Agreement (ACTA), as well as more general issues, can be voted on within pre-set deadlines. Live tweets from Parliament could make the party attractive. A watchdog council is expected to control communications and prevent, for example, extremist discussions. Starting in 2013, the party will open ‘real’ regional branches and create a national unit to participate in elections.

The Pirate parties are a new phenomenon in the European political landscape and are particularly visible in Germany. In the 2011 Berlin state election, the Pirates managed for the first time to exceed the 5% threshold necessary to win seats in the state assembly, winning 8.9% of the votes. Since this turning point, the party has created media hype with positive feedback and has received some international attention, including in The Economist. Many members who flooded into the party after its success in Berlin are not concerned with internet issues. But they share the assumption that disagreements can be resolved by dialogue and voting. In March 2012 the Pirates received 7.4% of the vote and thus won 4 seats in the Landtag of Saarland.

Subsequent polls in 2012 have shown an increase in the popularity of the Party (constantly over 10%). As was the case in Berlin, nearly one quarter of first time voters (23%) in Saarland gave their vote to the Pirate Party. This distinct generational divide indicates that reasons other than protest are important for the Pirate Party’s success. Belonging to the Internet generation and shared concerns over digital issues seem to be more convincing reasons than protest voting. The Pirates also have a new approach to politics. They depict themselves as a real party in which it is possible for everyone to contribute and no one has any privileges. The Pirates have their own software and use the Internet as the medium for internal decision-making. As a new party, it was able, starting in Sweden, to sustain a functioning organisation by means of the Internet. Even critics have to admit that the new form of participation has given new energy to intra-party democracy, although caution should be exercised in taking any revolutionary idea too seriously.

Excessive transparency could open politics to ridicule, for instance through the live streaming of each session. Each slip-up or scandalous incident would not only be monitored, but could overshadow political content. Such openness may serve to promote curiosity, rather than democracy. Furthermore, the notion of participation and thus equality would be limited to the virtual community. And even here there are drawbacks: only a small number of party members are active in online communities. Moreover, the party congresses of the Pirates are conventional in important respects. We have witnessed internal quarrels, even to the level of insults and arguments over internal regulations and statutes—the typical tools also used in debates within established parties. Future discussions about the organisation and structures of parties will focus on the question of membership surveys and decisions as well as on virtualisation. This is especially true after the success of the German Pirate Party has shown that the internal dynamics of the social media community can already be occasionally regarded as agenda-setters for classic media.

European Pirate parties generally define themselves as a new left-wing alternative to the established parties (including the Greens) and share ambitions for the European elections in 2014, vowing to promote a more transparent state and a larger role in decision-making for citizens. In the European elections in 2014, the Internet, data protection and cyber security will be the key issues, at least when it comes to reaching and mobilising the younger generation. The Pirates’ rivals are starting to copy their methods by creating virtual party organisations and internet policy platforms, leading to so-called Facebook parties. Euro parties must use the new tools of interaction for campaigning on the European level in order to increase low turnout and create a European discussion.