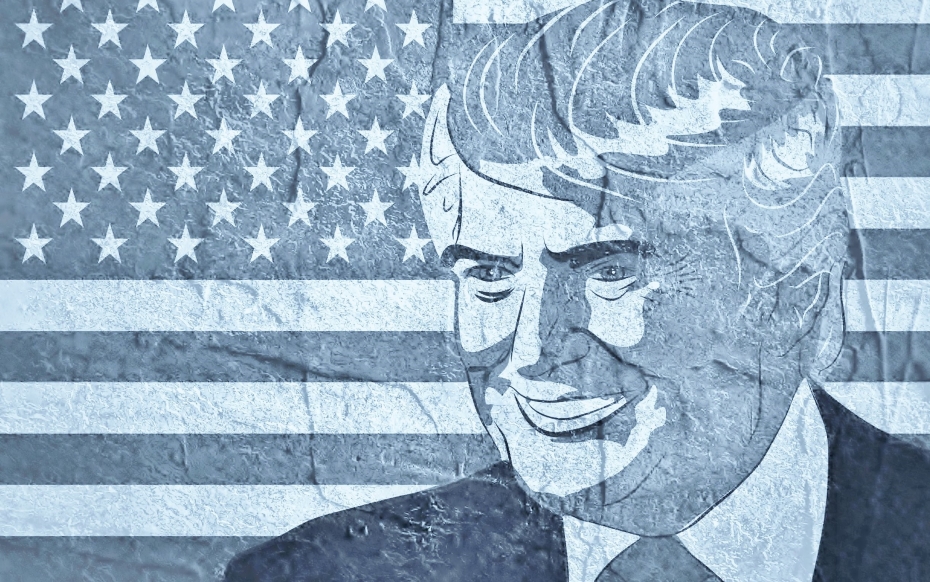 A tentative response to a groundbreaking US election.

Of course, the election of Donald Trump to 45th President of the United States is an unmitigated disaster for the US, for the West and therefore for the entire world. Of course, with all her faults, Hillary Clinton would have been by far the better President. But what’s done, is done, and the questions to be answered now are: How did we get here? How bad will it get? And what should Europeans do?

The wave of populist anger sweeping through the West has been amply described in past weeks. It would have had its effects even on a Clinton administration. It’s driven by identity politics as well as fears of globalisation, and of course by economic grievances. It certainly is facilitated by the acceleration, anonymity and the echo chamber effect of social media.

And quite obviously, in the case of the US, Republicans share the blame, with their congressional divisiveness that has become an ideology, and their demonisation of Obama and Clinton. The Clinton campaign will be torn to pieces, in hindsight.

The question is whether all this should be cast as a titanic battle between the forces of open vs. closed. I’m afraid the US election (just like the Brexit referendum in June) has shown that doing so risks putting the majority of people on the side of closed because the more unified ‘moderate forces’ act, the more they will be seen as one elitist conspiracy.

Hence, here is a first conclusion: Europe’s big tent, catch-all people’s parties will have to take care not to appear united against worried voters, but give different answers according to their ideological differences that have not magically disappeared because of a new paradigm discovered by the editorial offices of the Guardian and the Economist.

As far as we’ve heard over the past months, Trump’s ideas for office range from the ludicrous to the scary, from building the wall and making Mexico pay for it, to banning Muslims from entering the country, renegotiating all existing trade deals, jailing Hillary, ‘bombing the shit out of IS’ and striking a deal with Putin. But let’s remember that he is not alone.

There are checks and balances at work in the US that he cannot easily swipe aside. So the ludicrous ideas will take care of themselves, and for the scary ones, the hope of the world rests in Congress, even with a Republican majority: Especially on any bargain with Putin, House and Senate Republicans are very unlikely to follow.

Having said all that, of course President Trump can cause enormous damage especially in foreign relations where he needs less Congressional approval than for domestic affairs. But to now claim with certainty that we’re looking at the end of the West may be self-defeating. We simply know too little about what the Trump administration will really do.

It would be easy to say that Trump’s presidency is just what it takes to get Europeans to get their act together and make a dash for the ‘United States of Europe’  – if it wasn’t for all those other jolts in recent years that have failed to unify us, against expectations, such as the financial crisis, the migration crisis and the Brexit referendum. Of course, the US election may well be a bigger shakeup than all those combined. Nevertheless, a ‘federalist surge’ in the EU is doomed to fail because it would unleash the same reaction we have seen in Britain and the US this year.

What we do need now is a level-headed approach, based on our core values, i.e. liberal democracy which, as it happened, has taken a blow last night. But the centuries-old project of the enlightenment is alive unless we give it up. Naturally, authoritarian leaders across the world will rejoice now, pointing to the US election. But it is up to all democrats to show that democracy, while not perfect, is able to correct its mistakes.

The European Union will have to shoulder more of the burden of defending itself against threats from the East and the South – that would have been the case even with a Clinton administration. Stronger European defence structures within NATO, and better cooperation of law enforcement, are now more necessary than ever. Striving for a soft Brexit, and strong structures of cooperation with Great Britain, becomes even more important now, although the challenges are formidable.

Economically, we need to buckle up for a new downturn but that should only reinforce our resolve to make EU economies more competitive, and the Single Market more performing. And the Euro crisis has taught us that the key to this is with the member state governments, not the EU’s institutions. Last but not least, yes, we will have to cooperate with a President Trump, as ludicrous as it sounds.

All this is sketchy and will have to be adapted as the policies of the Trump administration take shape over the next couple of weeks. We are looking at a less predictable US and therefore at a riskier world than ever before. But above all, as we have learned from the other nine-eleven 15 years ago, it’s important not to overreact.