Is the Cypriot formula the right one for banks in difficulty? 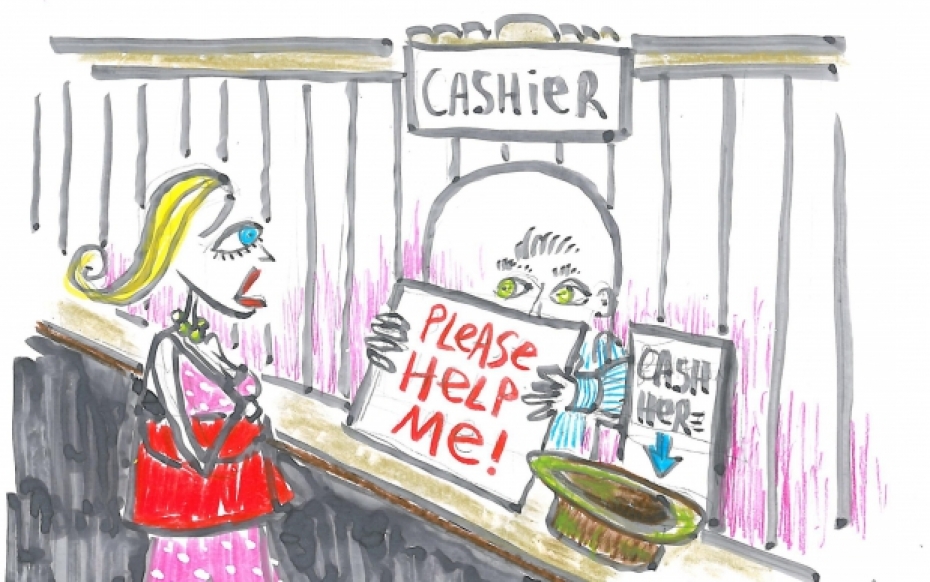 I have just spent three days in Cyprus talking to political and economic figures in the island. I encountered a very strong sense of determination to overcome their present severe economic difficulties.

These difficulties arise from mistakes made in the banking sector, whereby very large overseas deposits (mainly from Russia) were invested by the banks in lending to the Greek private sector and in Greek Government bonds. Banks exposure to Greece totalled 28 billion euro, or 170% of the entire Cypriot GDP. This concentration of risks in one place was bad banking practice, in the same way that excessive concentration of risks in the construction sector, was bad banking practice in Ireland and Spain.

As in Ireland and Spain, Cypriot banks also lend unwisely in the domestic economy, fuelling a real estate bubble. Meanwhile, and partly as a result, the Cypriot economy also lost competitiveness.

The Cypriot Central Bank must accept a major share of the blame for this excessive concentration of risk. It did not use its power to stop it.

At European level, once Cyprus joined the euro, the European Central Bank also had a responsibility. Under article 14.3 of the ECB statute, national central banks are obliged to “act in accordance with the guidelines and instructions of the ECB”. And under Article 25.1, the ECB may also offer advice on the scope of national legislation for the prudential supervision of credit institutions”. It is open to question whether the ECB used these powers in sufficient time. ECB policy of saying that banks did not have to set aside reserves against holdings of government bonds artificially incentivised Cypriot banks to invest in Greek and other government bonds, and that distortion continues.

At the end of 2011, the EU/IMF/ECB found that the situation of the public finances of Greece was so severe that senior bondholders (whose position had been famously protected from haircuts by the ECB in the Irish case) would have suffer a 75% haircut. This created an immediately critical situation for the Cypriot banks. They lost 33% of their capital.

THE MYTH ABOUT RUSSIAN HOT MONEY

Meanwhile a press campaign was mounted to suggest that the Russian depositors in the Cypriot banks were tax evaders, money launderers, oligarchs or worse.

This campaign seemed to be designed to persuade public opinion that depositors in Cypriot banks were less deserving of protection than depositors in banks in Athens, London, or Frankfurt. In fact, little evidence has subsequently emerged to justify any of these stories.
And, indeed, there is a perfectly good, and legitimate reason for these Russian deposits in Cypriot banks.

Many Russian businesses did not trust their OWN legal system, and felt that their assets would be better protected in a country like Cyprus, with a common law legal system, and which was in the euro. But in March of this year, they were to be brutally disabused of the notion that euro zone banks were a safe haven. Eventually the problem was tackled, in March 2013, in an agreement by IMF, the EU, and the ECB with a newly elected Government in Cyprus, who had had little or no time to assess the options for themselves.

The March 2013 agreement contained a number of elements that are troubling.

For the first time this century, depositors have had to take a haircut. This was a radical departure from previous policy.

The fact that this procedure was followed creates a new and permanent uncertainty for depositors who hold more than 100000 euros on deposit in any bank in the euro zone.

They now must, to protect their assets above 100000 euros, scrutinise the situation of their bank on an ongoing basis, and move money regularly out of banks that seem to them to be pursuing risky strategies. Some would see this as a market solution to bank supervision, but markets only work if there is full and timely information available to all marker participants. But most depositors will not have the requisite information.

For a retail bank depositor, who may have little financial expertise, getting the relevant information of the safety of banks, in which he may need to keep a deposit account, will be difficult and time consuming. The accounts of banks are often opaque and do not always tell the full story.
There will be a tendency to move money towards bigger banks, which will aggravate the “too big to fail” problem.

In the Cypriot agreement of last March, no haircut was, however, imposed on the depositors in the Greek branches of the Cypriot banks, and those branches were transferred to Greek banks. This inflicted additional losses on Cyprus, and is hard to justify, within a monetary union that comprises both Greece and Cyprus as equal partners.

The Cypriot banking model of attracting overseas deposits has been destroyed, although Russians continue to invest and holiday in the island, which disproves the suggestion that they were all fly by night tax evaders and hot money merchants. . It would be interesting to know which country’s banks are now benefitting from these Russian deposits that were formerly in the Cypriot banks.

Meanwhile, viable Cypriot businesses, that were well capitalised and equipped with working capital before March, are struggling to access funds to keep going.

Deposits they could have used have been reduced by haircuts, and capital controls mean that what remains in their accounts cannot be used freely. Bank credit is frozen.

A Cypriot export model, to replace the old bank deposit led model, cannot be put in place without access to day to day funding.

I left Cyprus feeling that, if Cyprus did not constitute a mere 0.2% of the euro zone GDP, and was physically closer to the centre of Europe, it would not have been the subject of these radical experiments in European banking policy.

It would, instead, have been the subject of much timelier, and less harsh, actions by its partners. That said, none of the options were palatable. Asking Cypriot or European taxpayers to recapitalise the Cypriot banks would have not have been easy and might have set a dangerous precedent in place. But burning depositors is a bad precedent too, when restoring confidence is so important.

Of course, Cyprus must now abide fully by the terms of the March agreement, and, like Ireland, establish a good track record.

But if it does so, it should, like Ireland, see progressive easements in the terms of its bailout, so that its economy can be allowed to breathe again.

Meanwhile, the Cypriot horror story should remind us of the urgency of completing European Banking Union, including some form of mutual deposit insurance.

Europe also needs to develop automatic stabilisers to deal with the problem of asymmetric shocks to individual states, as suggested in a recent IMF paper on the euro.

Otherwise the European economy will continue to run at below capacity, at the very time when it should be running at full capacity, so it can build up surpluses to deal with the looming cost of ageing.