In the wake of COVID-19, the EU must do better to address China’s rise 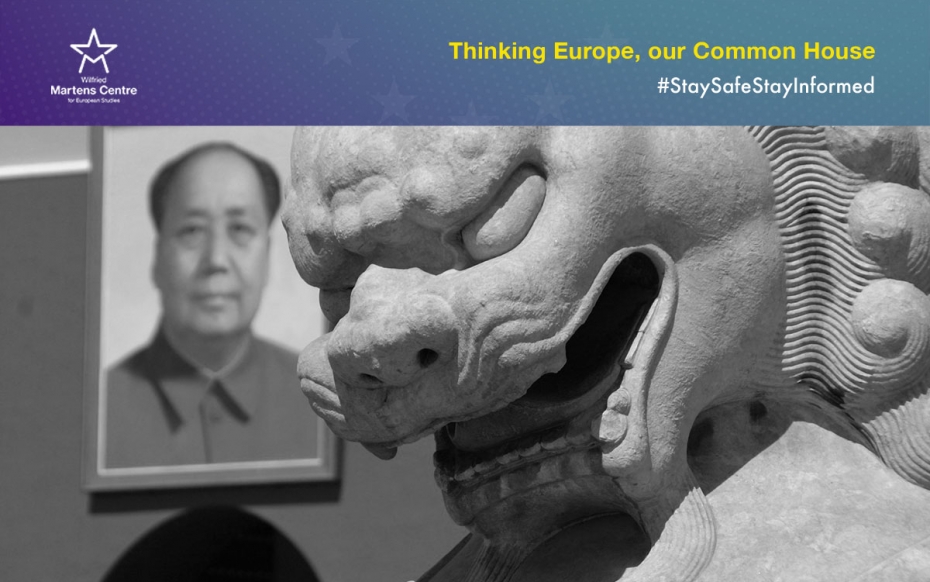 For as long as the EU has had a China policy to speak of, it has been ambiguous. The EU’s most recent China strategy calls the country “a partner, a competitor, and a systemic rival.” Europeans understand the challenge posed by Chinese mercantilism and its ambitions for continental hegemony. Even before the pandemic, most Europeans held an unfavourable view of China, with 70 percent of Swedes and 57 percent of Czechs seeing the country in a negative light. However, devising a coherent approach has proven difficult.

One reason is that even among the more ‘hawkish’ countries, there is not necessarily an understanding of what an effective European response should resemble. For France, Chinese mercantilism is best confronted by mercantilism of a European variety: building European champions and tossing aside competition and state rules. But that is a no-go for governments of smaller countries wary of China – say, Sweden – who nevertheless understand that European monopolies showered with public funds are a costly and ineffective response to the challenge at hand.

Another reason is a persistent distrust of US President Donald Trump. Joining forces with the United States is a losing political proposition as long as America is seen as erratic, mercurial, and primarily concerned with its own bilateral trade deficit, instead of the broader economic and geopolitical challenges that China’s rise involves.

Yet, the current triangulation between Beijing and Washington often requires a denial of reality. At his recent press conference, the High Representative Josep Borrell claimed that Chinese leadership “do not have military ambitions and they do not want to use force and participate in military conflicts”, notwithstanding China’s recent grab of Indian territory and the militarisation of the South China Sea. Whom does one believe: Mr Borrell or one’s lying eyes?

The EU’s ambiguity has also provided a permission structure for member states to strike deals with China, which will harm the continent’s interests over the long term. Examples include Italy’s embrace of the Belt and Road initiative – or, more recently, the rushed and secretive decision by the Hungarian government to proceed with the construction of a Chinese-financed rail connection with Belgrade.

Finally, the lack of a principled China policy erodes the EU’s status as a champion of human rights and democracy around the world – a mantle which Europeans have been keen to carry in the era of ‘America First’. After years of pussyfooting around the status of Taiwan, Tibet, or the regime’s appalling treatment of the Uighur minority, the milquetoast criticism of China over its crackdown on Hong Kong is a case in point. An unambiguous violation of a commitment that was thought to carry the full force of international law requires more than “grave concern” and to “raise the issue in our continuing dialogue with China”, as Mr Borrell’s office put it.

With its heavy-handed ‘public diplomacy’ response to the COVID-19 pandemic, Beijing has squandered a lot of goodwill in Europe. “We should not shy away from naming and shaming” said Věra Jourová, the European Commission’s vice-president, regarding China’s disinformation efforts in the wake of the pandemic. Ms Jourová’s home country, Czechia, saw the Chinese regime seek to co-opt political and business elites for years, inviting a broad-based backlash after it overplayed its hand.

The current situation is Europe’s opportunity to rethink and step up. The simultaneous invocation of ‘partnership’, ‘competition’, and ‘systemic rivalry’ in the EU’s relationship with China is not sustainable. Partnership presupposes trust and the existence of common goals. Competitors have different interests but adhere to shared rules of the game. Conversely, a ‘systemic rival’, as the Greens’ MEP Reinhard Bütikofer correctly put it, “just wants to win.”

Nobody expects the EU to embark on a Trump-led China crusade or to ‘decouple’ itself from Chinese trade and investment flows. Yet, clear guidance for member states on Chinese investment in critical sectors, whether they be infrastructure, finance, or tech, would be helpful. Similarly, a commitment to exclude Huawei from 5G networks across the bloc and joining the UK’s bourgeoning initiative to get the world’s leading democracies to cooperate on technological alternatives to Huawei are worthwhile endeavours.

The EU ought to be ready to walk away from the mirage of an investment treaty with China, currently in its 30th negotiating round. The EU wants China to scrap quantitative restrictions, equity caps, and joint venture requirements currently imposed on European companies. Also, EU businesses ought to be able to “compete on an equal footing when operating in China” by achieving “non-discriminatory treatment, prohibition of performance requirements – in other words, measures requiring investors to behave in a certain way or to achieve certain outcomes (including those leading to forced technology transfer) – and equal participation in standard-setting work.”

Unfortunately, those practices are central to China’s state capitalism. The absence of noticeable progress since the decision was taken to start negotiations in 2012 shows that no matter how hard the EU presses for “full reciprocity”, a non-discriminatory business environment in China is not on the table. Meanwhile, Beijing is eager to turn Western economies into its playground. After all, only 15 per cent of Chinese corporations listed on the Fortune Global 500 are in private hands.

European discussions over China would be much easier if the United States today were a trusted and reliable partner, providing strategic guidance, instead of the current administration’s petty displays of hostility towards the EU. The nature of China’s challenge to Europe, however, remains unchanged, regardless of who the current occupant of the White House is. Thus, it is imperative that Europeans use the window of opportunity provided by the pandemic and Beijing’s overreach to step up, hopefully to be joined in their efforts by the United States.

Credits: Photo by Peggy_Marco on Pixabay