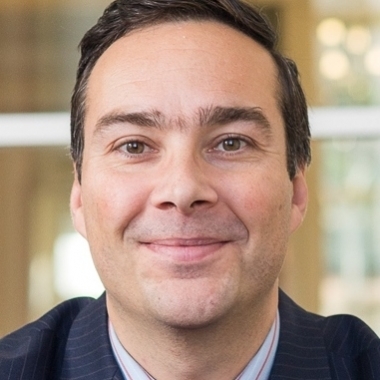 For citizens – who are also taxpayers – taxes are everywhere and ever-increasing, impacting every aspect of their daily lives, including trivial things such as purchasing cigarettes, alcohol or gasoline. In recent years an increasing number of legal instruments have been adopted both at Belgian and European level, in order to strengthen the transparency of citizens’ revenues and thus further increase their future tax burden.

For states, taxation is deemed to be vital to guarantee the proper functioning of basic public services. However, it should be noted that despite levying increasing taxes, Western European countries are unable to reduce public debt, while often cutting the financial means of key public sectors such as justice, defence and public infrastructures. The real ability of high tax regimes to truly reduce inequality is also questionable.

In such a context, how is it possible to justify such high taxes to citizens? For many, the easiest way  out is indignation about tax scandals that are revealed on a regular basis – be they ‘Lux Leaks’, ‘Panama Leaks’ or ‘Paradise Papers’. These scandals present an opportunity to take steps to enforce tax transparency both at national and European/international level.

Few see that they should also represent an opportunity to rethink the purpose and efficiency of current taxes. In Austria, young ÖVP leader Sebastian Kurz  appears to be one of them, as he declared that he wants a ‘lean state’ in Austria, with reduced intervention and taxes.

Efficiency is a key principle to make tax levies acceptable to the population in future. In a recent book on the ethical aspects of taxation, the German philosopher Peter Sloterdijk reminds us that in Queen Victoria’s time a tax levy of 3,33 % was already seen as problematic.

Tax efficiency and tax justice are key to maintaining social cohesion within the population of the European member states. They raise important questions, which need to be scrutinised in relation to the subsidiarity principle. At European level in particular, a crucial question is how to balance a high degree of innovation and competition within the Euro area and tax harmonisation.

A certain degree of tax coordination – for example with the exchange of information – is welcome and necessary in order to fight against tax fraud and tax evasion. But should tax coordination in specific areas automatically lead to tax harmonisation or even to tax uniformity?

Furthermore, it is doubtful whether imposing harmonised tax rules can be seen as ‘fair’: every European country has its own features and sources of income. In fact, the truth is that tax harmonisation can be regarded as a convenient fig leaf for high-tax jurisdictions, enabling them to hide their need to undertake economic and fiscal reforms. It is designed to hinder the flow of capital and jobs from high-tax countries to low-tax ones. Tax competition, on the contrary, stimulates the efficiency of states that are ready to embrace a reformist agenda.

The best scenario would be a European Union where investment decisions in any country are not merely determined by tax considerations, but also by other criteria such as the country’s social environment (in terms of education, health care, public infrastructure, environmental protection, etc..).

European countries would compete to offer the best environment to potential investors, not just tax advantages, which in turn will benefit to the local population. Governments should devise policies that put tax competition at the service of the common good, not initiatives that curb it for the advantage of high tax jurisdictions.