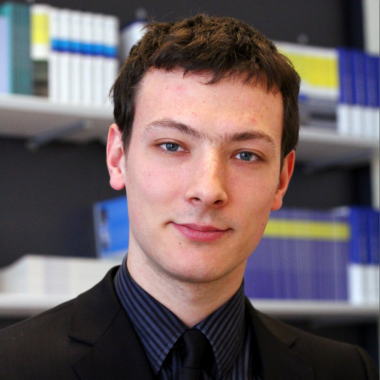 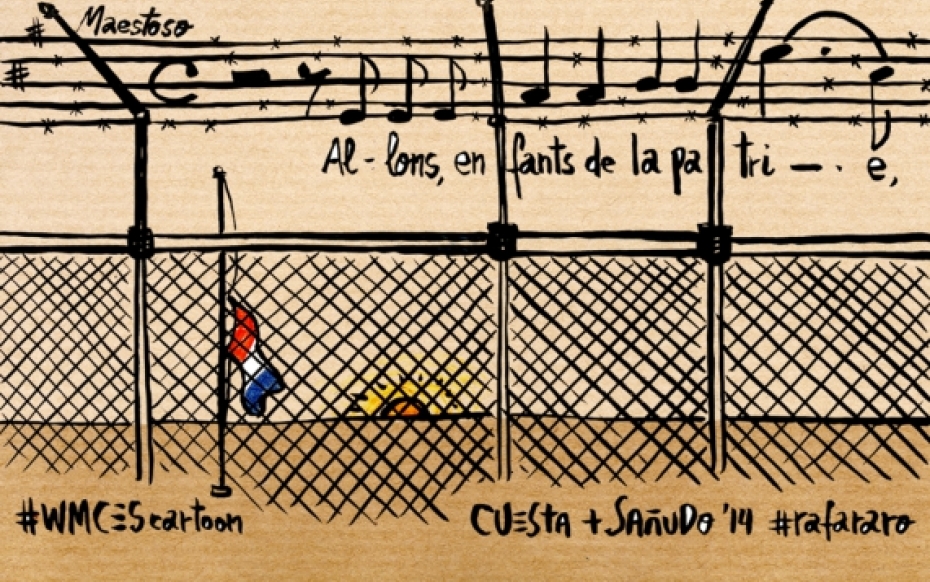 Arx tarpeia Capitoli proxima: the Tarpeian Rock is close to the Capitol. In politics, triumph and annihilation are never far apart. Following its stunning success in local elections this March, the right-wing UMP had good reason to believe it was the strongest opposition party, even the largest party altogether of French politics. That the FN won eleven town halls, and performed well in those towns where it had candidates was worrying, but meaningless compared to the ‘vague bleue’ (blue wave). Two months later, the FN cruised to victory while François Hollande’s popularity ratings had sunk so low he could be drilling for shale gas and the UMP held back by an invoices scandal and divisions over Europe. We have to add ‘marine’ to the ‘vague bleue’ this time around, a darker shade of blue has triumphed.

We seem to be heading down an unprecedented track, with a President who may be forced by his own party to give up hope for a second term. Ultimately, even if the unemployment curve did decide to switch course; even if growth somehow returned; even if the deficit stopped increasing, it is doubtful anyone would give Hollande or his government credit for it. The president is now embarking on a rearrangement of local boundaries, merging regions together, probably to show he can actually do something. This is not unlike Louis XVI abolishing serfdom in 1779 although it had been virtually extinct for five centuries, when radical economic reforms were desperately needed.

Why such an outcome? The country is feeling ill. For some part, it might still be a Malade Imaginaire, but the country believes it needs protection, from globalisation, from Europe, from its neighbours, from imports, from immigration, perhaps from the state, maybe even from itself. Part of the country seeks refuge in an impossible isolation. Fear and lack of initiative at all levels paralyse it. What happened to the ‘impossible n’est pas Français’, to the nation who has given to the world the word ‘entrepreneur’, which even the Americans and British have no translation for?

The situation of Hollande should bring joy to the heart of the French right. However, a disappointing second place in the elections washed that away. This came not by surprise since opinion polls consistently showed that the FN would come out on top, with the UMP second and struggling to remain above the waterline. It was as if the electorate had made up its mind a long time ago and had decided to stick to its choice. Although the media and the politicians have talked in the recent weeks as if it had been a huge surprise, the final result ought not to have been such a surprise.

Whether this was a protest vote or a conviction vote is not the point; what does it matter whether 25% of us actually mean ‘we’re sick of the other lot and therefore we’ll try the alternative’ rather than ‘we believe in Marine Le Pen’? After all, François Hollande was elected President largely because of an anti-Sarkozy protest vote. Since 1978, with one exception, France has never returned a parliamentary majority. We don’t vote in favour, we vote against.

On this basis, let us put forward a 2017 presidential election scenario: the Socialists are wiped out, leaving the UMP candidate facing Marine Le Pen in a standoff echoing another standoff, on 21 April 2002, when Jacques Chirac faced Jean-Marie Le Pen. But this time, on 23 April 2017, the FN is ahead and there are no demonstrations, or rather, there is a gathering in Paris, on the Place de l’Opéra: the FN team and some of its voters are celebrating. There is little chance that their candidate will triumph in the standoff, but what do they care? They believe the wave of history is on their side, as most of the country braces itself and gasps for breath before the genuine, yet improbable tsunami.

The classic left vs. right standoff is a less likely scenario. The Socialists, under the leadership of Prime Minister Manuel Valls, could undertake the economic reforms the country requires. It seems that many in his party have already understood that this is the only way to hold on to power in three years’ time.
As for the right, the UMP will hold a Congress this autumn to elect a new leader and a new team, hopefully leaving behind the leadership election of November 2012 after which the party almost split. Whoever becomes the new leader, it will be a new starting point from which to build on.

However, both parties also need a clearly-defined vision, they need to put to the fore what they believe in, we need to see enthusiasm for ideas and ideals, or else 2017 threatens to be a debate between grey-suited, tired men talking about figures and percentages, and a woman talking about France and patriotism.