EU can help, but states must take primary responsibility for reforms 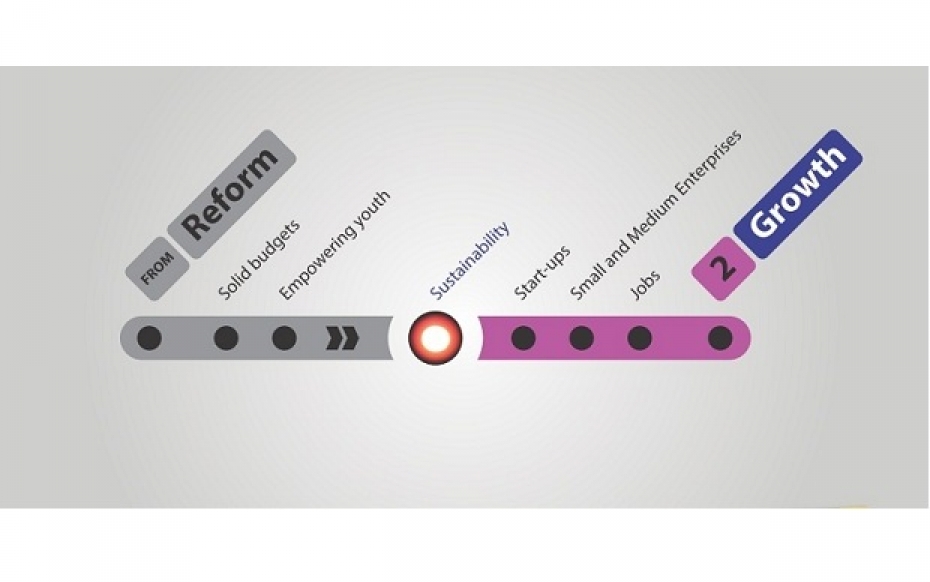 The EU Summit last week discussed the digital economy, a youth guarantee, apprenticeships, and the European Semester. During the Semester, each EU state will have an input to the policies of each of the other states. Hopefully, they will learn from each other.

But it would be a mistake to think that the main ingredients of a solution to the economic problems of the countries of the eurozone will be found at European level, because the problems did not, in the main, arise at European level. Although they had the same currency, some countries did much better than others did. Between 2008 and 2013, the growth in the euro zone ranged from plus 6% growth in Slovakia, to minus 6% in Greece. Some countries (Bulgaria, Sweden and Germany) grew faster than the United States between 2008 and 2013, while most of the other EU countries saw their economies contract.

It is good that, at EU level, we will now, through the European Semester, have detailed peer review of one another’s growth policies, including market liberalisation, taxation and public spending. But it would be a great pity if this encouraged national governments to delegate strategic thinking, about how to maximise the growth of their own economies, to the European Union.

Growth promoting reforms, whether these reforms be

+ of professional restrictions,
+ of slow and costly courts systems
+ of welfare systems that penalise work,
+ of educational systems that leave too many 15 year olds unable to read properly,
+ or of public sector wage and pension policies that are unaffordable,

will all differ from country to country, and can only be made on a country by country basis. The EU cannot do that job for national governments. They must do it themselves.

EUROPE MUST TAKE RESPONSIBILITY FOR THE EUROZONE BANKING SYSTEM

The EU has some things it must do. It must set up a single banking system for the euro zone. Given that most money takes the form of bank credit of some kind, it makes no sense to have a single currency without a single banking system. It makes no sense either that, at the moment, a badly run, and possibly insolvent bank in a well run country can borrow much more cheaply than can a well run and solvent bank in a country whose public finances are in a mess. These things can only be put right by EU action. Nor is it right that European arrangements to deal with banking and currency problems should be held hostage to the decision of the constitutional court of one country (Germany).

I find the arguments against “austerity”, in countries whose governments are spending more than they are collecting, to be lacking in rigorous thought. If a state is spending more than it is taking in by taxes, to borrow more today is simply to decide to pass the “austerity” on to a later generation, and to do so with interest! As a result of compound interest, a future generation will have to repay a lot MORE that the present generation will have borrowed. But the next generation will be far LESS able than we are to meet our bills that this one is.

This is because, 35 years from now, there will be two Europeans at work for every European who is retired, whereas today there are four Europeans of working age for every European who is retired. Thus the future burden of debts taken on today will have to borne out of the earnings of a smaller number of working people than are at work today. And those working people will also have to provide for a larger number of retired people than this generation has to cater for.

I wonder what the anti austerity protesters think of that!