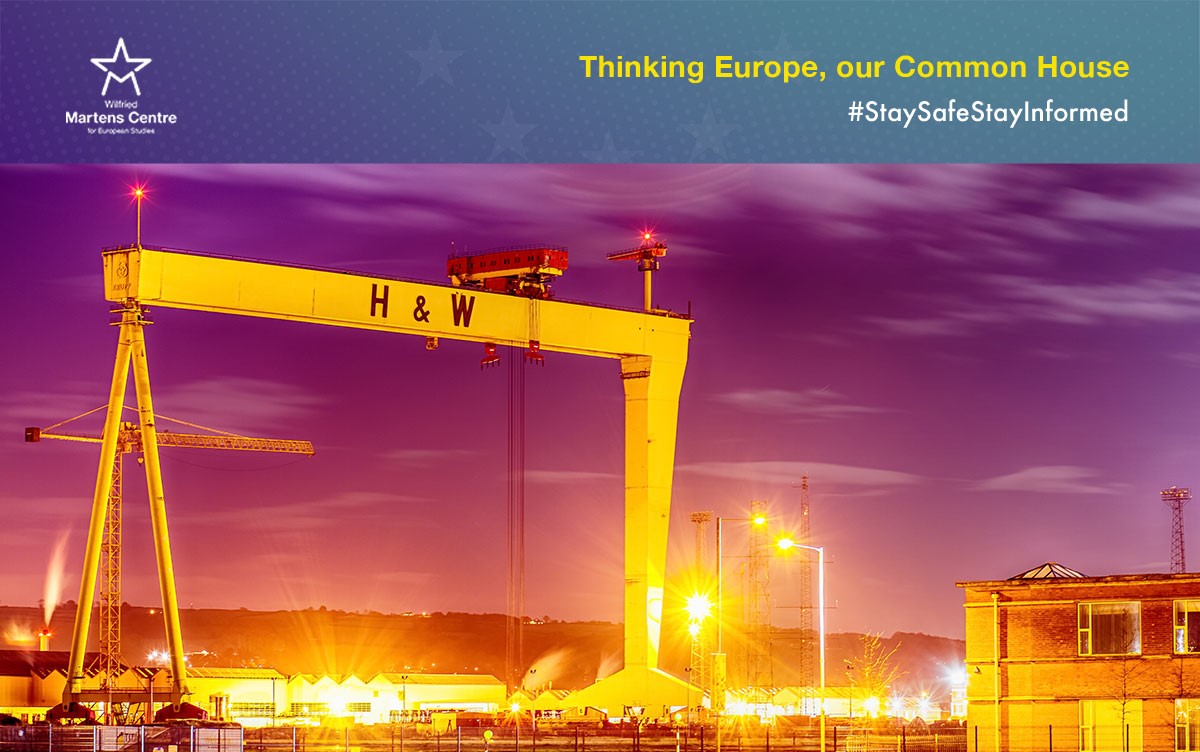 Exactly a century ago, the British Parliament passed “An Act to provide for the better government of Ireland”. Commonly referred to as the Government of Ireland Act, this Westminster legislation effectively provided for the partition of the island of Ireland. This law, more than any other British action, has defined Anglo-Irish relations in the proceeding decades. Only with the peace process of the 1990s (and significant US and EU support) was the concept of the Irish border, as a symbol of either oppression or loyalty, finally overcome.

Yet, because of the current British government’s approach to leaving the European Union (rather than Brexit itself), the people of Northern Ireland find themselves again at the mercy of legislation tabled in Westminster. They are centre stage in political events of which they have no control. Unfortunately, the myopic nature of negotiations between London and Brussels leaves little scope for finding solutions that will actually benefit Northern Ireland’s population. The British government’s bombast about sovereignty and “taking back control” bely an administration following increasingly English interests, not great big British ones. Similarly, Brussels’ technically-driven approach is proving ill-suited to pinning down an opponent who constantly changes the rules of the game. Shadow boxing and Twitter spats about blockades, state aid, or fisheries won’t solve the Irish border question. It won’t deliver a manageable Brexit for either party involved.

Rather, what is required is a much more fundamental reset of Anglo-Irish/EU relations, that is informed by practical realities, not political manoeuvring. And that’s why an independent Northern Ireland would give this contested region a real shot at progress and stability.

An independent Belfast administration guaranteed by the Irish and British governments (with EU and US support) could, if all existing member states agree, stay as a member of the European Union. A clear majority of Northern Irish (56%) voted to remain in the EU in the 2016 referendum. Many provisions of the Good Friday peace agreement could remain in place, including the ability of Northern Irish citizens to gain additional citizenship, both from the Republic of Ireland and the United Kingdom. Northern Ireland would form part of the British Commonwealth, thus maintaining the British monarch (with all its associated finery) as the titular head of state. The Republic of Ireland, Northern Ireland, and Britain could continue to operate a relatively free travel area within the British Isles.

Detractors will argue that Ulster Unionists will never accept any dilution of their relationship with Westminster. However, as they know well, such devotion – “too much loyalty” – has seldom been reciprocated in Westminster, especially by the Conservative Party. Sure, Ulster Unionism can continue to fight against the fading of the light, but that’s not going to change the increasing fluidity of identities within Northern Ireland. Just ask the golfer Rory McIlroy (who struggled to choose between Ireland or Team GB for the Rio Olympics). Or the 50% of Northern Ireland’s population who now view themselves as neither “unionist or nationalist” (up from 33% in 1998).

An independent Northern Ireland, however, would enable Ulster Unionists to circumvent the slow moving – but noticeable – demographic drive towards Irish unity. It would empower them to turn their Stormont administration into a true government, without the fear of direct Dublin (or London) interference. It would protect them against their fear of being subsumed against their will into a united Ireland. A fear that remains blissfully ignored by Dublin.

A political commitment to forsake any referendum on Irish unity (or re-joining the UK) for at least two decades would equip all sides in Northern Ireland with the incentive to work towards normalising political life in still deeply polarised communities. An incentive that could be further sweetened by a joint financial package underwritten by Dublin, London, the EU, and the US in order to mitigate the loss of direct payments from Westminster. In effect, Northern Ireland should become a new Belgium. Hopelessly divided, but perfectly viable and with a chance for real material improvements in living standards.

Two further points should be considered in the context of an independent Northern Ireland. First, this area is far from the economic basket case that it is sometimes portrayed. It has an excellent university system, young adults that consistently out-perform their English, Scottish and Welsh peers in state examinations, and a sophisticated digital infrastructure ( Northern Ireland has the highest full-fibre coverage within the UK), all hint at the potential of an independent Northern Irish economy. An economy free to compete for international investment, owing to full tax autonomy. Second, it is a lazy assumption to believe that Northern Ireland’s independence would automatically result in Scotland following a similar path, or have ramifications for other EU member states. The emergence of an independent Northern Ireland would occur as part of a legal political agreement between London, Belfast, and Dublin. In Scotland, although more ethnically homogeneous, and with a significantly deeper history of nationhood, the 2014 independence referendum highlighted the much more embedded nature of Scotland’s union with England and Wales. Northern Ireland’s prospects shouldn’t be sacrificed on the altar of possible future events in a decentralising United Kingdom.

In opening the Northern Ireland Parliament in 1921, King George V asked for people to “to join in making for the land which they love a new era of peace, contentment, and goodwill”. Northern Ireland deserves a chance, and neither London, Dublin, or Brussels should stand in their way.