Do European Allies have the economic and fiscal capacity to fulfill their NATO commitments? 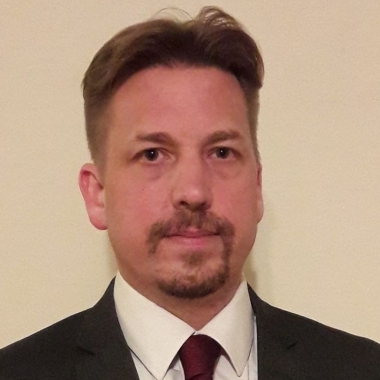 European Allies are increasingly well positioned, in economic and fiscal terms, to opt to play a full role as NATO members in developing stronger defence capabilities. This is timely, given Russia’s resurgence and ongoing security challenges to Europe’s South.

Europe is gradually adapting to a new normal, consisting of an assertive Russia, which challenges Western interests and values in both the East and the South, and ongoing threats from Islamist non-state actors across Northern Africa and the wider Middle East.

Prior to 2014, in the aftermath of the Great Recession of 2009, NATO Allies had engaged in widespread cuts to defence spending. This was largely driven by fiscal policy pressures, as public debt and deficit levels rose strongly as a result of the 2008 financial crisis and of the subsequent Great Recession.

The vast majority of European Allies are also EU Member States, and thus subject to obligations under EU law to maintain their public debt-to-GDP levels below 60% of GDP, and their annual fiscal balances, if in deficit, to no worse than 3% of GDP.

In recent academic research[1], I defined an EU Member State’s fiscal capacity as the ability to increase total public spending while complying with the EU’s 60% rule for the public debt-to-GDP ratio.

I then demonstrated that, over the 2008-2016 period, Allies had tended to increase defence spending more than others (or to at least decrease it less than others) if they had greater fiscal capacity.

I also showed that Allies had tended to increase defence spending more than others if they were located closer to stationed or deployed military forces of the Russian Federation, and if they had a land border with the Russian Federation. Recent data illustrates the impact of these two factors on the extent to which Allies have increased their defence spending, in real terms, between 2014 and 2017, see Chart 1.

The largest increases have occurred in nations that both are closer to Russian forces and benefit from lower public debt-to-GDP ratios. Conversely, increases have been much more subdued – and in the cases of Belgium and Croatia even negative – among Allies who suffered from high public debt levels in 2014 and are geographically further removed from Russian military forces.

A third effect is at play, namely how close individual Allies were to NATO’s 2% guideline in 2014. The UK, France, Greece, Estonia and Poland were either above or quite close to 2% in 2014, thus explaining their comparatively lower real increases in defence spending since that time. Increases are particularly large in Lithuania and Latvia, which had low levels of defence spending as a percentage of GDP in 2014.

Prospects for a fulfilment of NATO’s Defence Investment Pledge?

At NATO’s 2014 Summit in Wales, Allies had committed to either remain above 2% if already at that level or, for those that were not, to “aim to move towards the 2% guideline within a decade”. In light of the relationships that were documented above, what prospects do Allies have to respect their commitment, given likely economic and fiscal prospects?

Focusing on the 17 NATO Allies that are also EU Member States and which, according to the latest estimates published by NATO, are expected to still be below the 2% guideline in 2017, one finds that there is good news overall. Based on the projections from the IMF’s World Economic Outlook, October 2017 edition, the public debt-to-GDP ratios of all 17 nations are projected to fall, as compared to their 2016 ratios, by 2022.

By that year, 9 out of the 17 nations should be below 60%, as opposed to 7 today. The two nations that are expected to successfully cross below the 60% threshold are Germany and the Netherlands.

For the 9 nations that are projected to reach a public debt-to-GDP ratio of less than 60% by 2022, it should be particularly easy to raise defence spending up to 2% of GDP, as this could be achieved purely through higher deficit and debt levels, for which there is leeway. Such an approach would require no other sacrifices in fiscal and budgetary terms – neither any increases of the tax burden as a share of GDP, nor any compression of non-defence spending as a share of GDP.

For those nations that are projected to still be above 60% of GDP by 2022, raising defence spending to 2% of GDP would still be possible, but this would require greater sacrifices, e.g. tax burden increases and/or compression of other public spending, if one assumes that these nations would simultaneously be seeking to reduce their public debt-to-GDP ratios by at least as much as the IMF projects.

This is especially true for those Allies which have particularly high debt ratios and which are still far below the 2% guideline – namely Italy, Portugal, Belgium, and Spain.

For these four nations, one could argue that both greater debt reduction efforts and greater defence spending efforts would be conducive to national security, and ultimately to Europe’s collective security. Overall, however, most European Allies face improving fiscal prospects and a greater margin of manoeuvre to reach the goals they committed to at the Wales Summit.

Edward Hunter CHRISTIE is a Defence Economist at NATO. The views expressed in this article do not necessarily reflect those of NATO or of Allied governments.