Could Coronavirus save Italy and the Eurozone? 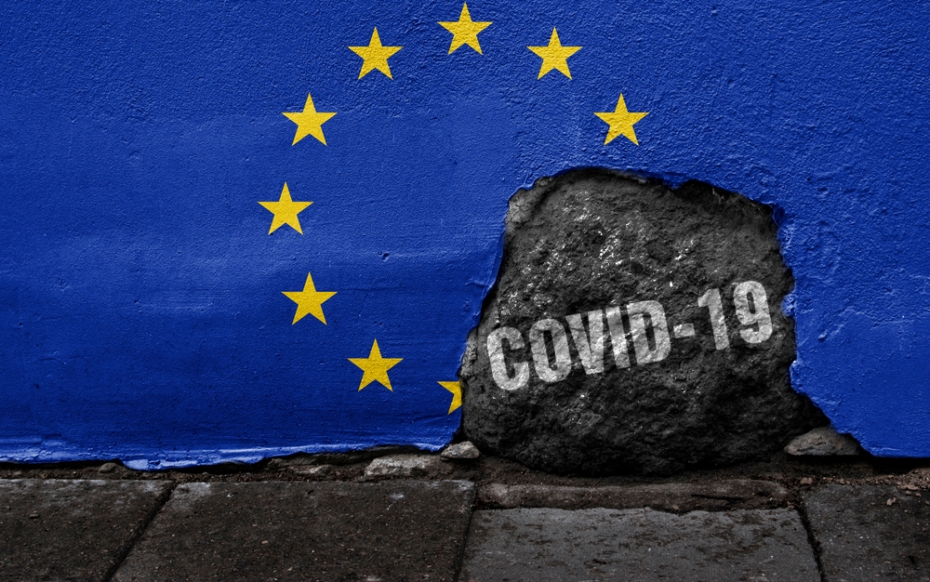 Empty supermarkets, sold out face masks, and the prices of hand sanitiser reaching absurd heights; this is the picture that has been portrayed of Italy in the past weeks. As of 10th March, 9,175 people in Italy have contracted COVID-19 (a.k.a. the Coronavirus) with the majority of cases concentrated in the North of the country.

After closing schools, universities, museums and cancelling public events (even sacred Serie A football games), the government took even stricter measures by issuing a decree during the night of the 7th of March. This measure ordered the isolation of the region of Lombardy and 14 provinces in Emilia-Romagna, Veneto and Piedmont. The decree prohibited all circulation in and out of the “red zones” with only partial exemptions granted for emergencies or work.  It also involved closing all schools and universities. These measures are in place until 3rd April. During a press conference on the evening of 9th March, the Italian government extended the restrictive measures to all regions. In effect, placing Italy on total lockdown.

The reason behind such a drastic decision of the government, besides obviously containing the spread of the virus, is to prevent contagion to the southern regions of Italy. The Italian healthcare system, based on universal access, has been put under immense pressure with more and more patients contracting the disease. The mortality rate among infected people is not extremely high and the average age of the deceased is 81, however, a continuously increasing number of people require intensive care. Having a huge wave of contagion in regions like Apulia, Campania or Sicily,  may actually lead to the collapse of already weak southern healthcare facilities should the virus continue to spread.

But the impact on the population’s health, or on normal social interactions, are not the only impacts of COVID-19 on Italy. The repercussions on the already fragile economy of the country will be massive. The shutdown of Lombardy, accounting alone for 46% of foreign investments into Italy, will have significant economic repercussions for the Italian economy.  Repercussions that are now impacting on every region in Italy.

Although the Italian government has already announced stimulus measure totalling approximately 4 billion euros these measures will not be enough to counter the longer-term economic impacts.

Even before the arrival of COVID-19, the Italian economy experienced a significant slowdown in late 2019. In February 2020, the European Commission lowered its forecasts for Italian growth to just 0.3% for the coming year and a budget deficit of approximately 2.2% of GDP.  Events since then – now escalated to an unlimited shutdown of the vast majority of the Italian economy – will result in Italy entering recession in the coming months.  It will also result in a significant deterioration in public finances (both in terms of lower tax incomes and higher health and social security expenditures).

Although the Italian government has already announced stimulus measure totalling approximately 4 billion euros (or a 0.2% increase in the government deficit) these measures will not be enough to counter the longer-term economic impacts. This is due to three main factors.

First, the Italian economy – particularly Northern Italy – is embedded in both European and global supply chains. Thus it is doubly exposed both to the ongoing containment situation in China and the coming restriction of Europe’s economy due to the spread of the virus. Second, tourism in Italy accounts for approximately 15% of total employment. As we enter the start of the tourist season it is likely that there will be a dramatic reduction in tourist visits to Italy, at the very least for the next 3-6 months, but possibly longer. The Italian body representing tourism provides estimates that 22 million fewer visitors to Italy will result in an economic cost of 2.7 billion euros. Third, the Italian economy was already stagnating before COVID-19 arrived.  Thus, the depth of the recession will be deeper (and possibly longer) than many now predict.

COVID-19 should be the starting point for Eurozone 2.0.

In this context, it is likely that Italy will require additional spending of at least 1 to 1.5% of GDP to effectively counter the recession currently underway. This will not be a situation unique to Italy. For example, the recent mitigation measures announced in Ireland will likely account for at least 0.7% of Irish GDP in the short term.

Unfortunately, a severe economic slowdown – with severe societal implications – is now underway across Europe. This also implies a significant level of risk for the future stability of the Eurozone. What is clear is that a European approach which prioritises adherence to existing budgetary rules over mitigating the worst impacts of the coming recession will lead to a further deterioration of economic and social conditions.

What is required now – for Italy, and shortly for the rest of the Eurozone – is an understanding of the exceptional nature of the current circumstances. This should be reflected in the application of highly flexible Eurozone budgetary rules for as long as the crisis lasts. It should also stimulate a renewed push for much more fundamental changes in how the Eurozone is constructed and managed. No more tinkering around the edges, real reform can no longer be subject to political inaction. Completing Banking Union and severing the “doom loop” between governments and banks should now be the top priority. Work should also begin immediately on placing the national capitals back at the centre of the Eurozone family. And that must include greater fiscal flexibility.

It would be easy now – in a state of societal unease – to resort to classical Brussels based thinking about how the economic impacts of the Coronavirus should lead to more centralisation, more common functions in the Eurozone. That would be a mistake. Italy’s largely unreformed and unbalanced economy is an example of all the imbalances the Eurozone was designed to protect against. COVID-19 should be the starting point for Eurozone 2.0. The only alternative is fragmentation and ultimate collapse.