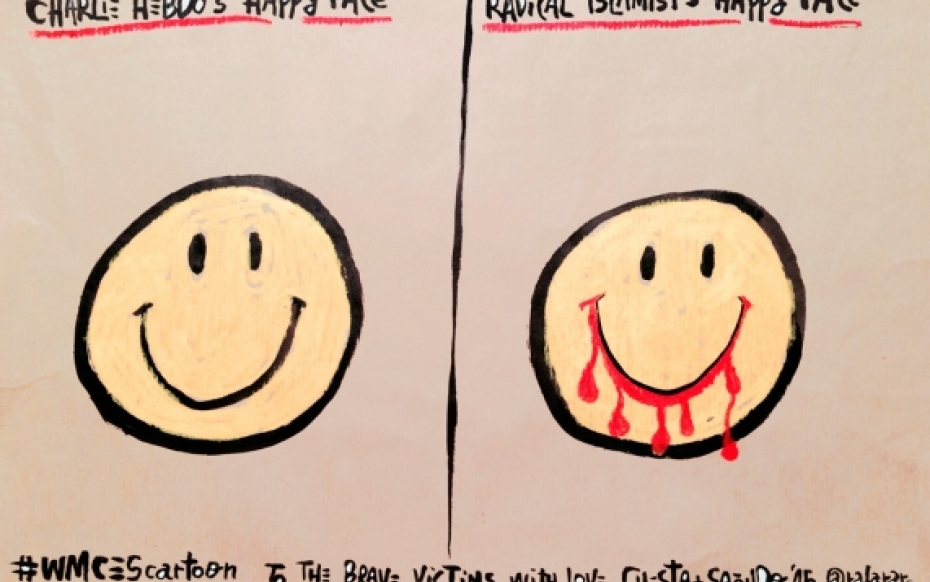 Freedom of expression was the assassins’ first target on January 7th in Paris, at Charlie Hebdo’s offices. But, deeper, lies a widespread feeling amongst those radicalized groups that resolve is on their side: nothing can challenge a strength drawn from the belief in God – and a sizable contortion of Islamic texts. We, Westerners, are just getting weak and lonely.

One of the masterminds of 9/11, Khalid Sheikh Mohammed (KSM), wrote pages on the subject while imprisoned in Guantanamo: “hundreds of American crusaders join the US Army, wear the latest military gear, eat the best food in Iraq and Afghanistan and play with their play stations while their enemies, the poor Muslim, can’t find their daily bread (…) but at the end, the American soldiers go back home and commit suicide.” (“KSM’s Statement to the Crusaders of the Military Commission in Guantanamo”, p.11).

Fundamentalists live off those narratives of sacrifice that mirror Western weak spots, turned into signs that history is presumably shifting in their direction. Favorites of that propaganda are plenty: hostages certain European nations are willing to give millions for, soldiers protected behind heavy concrete walls, caricatured as devilish drone players, the loss of meaning, the absence of values that fundamentalists believe a democracy cannot sustain in the long run. To paraphrase KSM again, “happiness is not found in music, dancing, or in living a so called free life (…)” where only divorce and AIDS supposedly await all of us.

Charlie Hebdo had found happiness in freedom, like many of us. They were targeted because they pushed freedom to an edge that some refuse to handle and accept. Facing that tiny minority, Charlie cartoonists never lost themselves in excuses, fear or hatred. They continued their work despite recurring threats with visible glee and great courage. “I would rather die standing up than live on my knees” were Charb’s famous words. There is a lot of inspiration to be drawn from this behavior.