There are an estimated 600,000 Finns living abroad. We know surprisingly little of their voting behaviour even though statistical data is available. What drives expats to vote? Tradition, duty? Genuine willingness to influence in the political life of the fatherland? Is there always a strong correlation between time spent away and non-voting? How big an issue is physical distance? Is alienation shown through non-participation? Which would be ways to activate expat voters to participate? Is national election in the old homeland less interesting than, say, local election in the country of residence? Which lessons could we learn concerning the European election? Are the expats happily assimilated or still identifying themselves clearly as Finnish – or do they end up feeling in-betweens? In short, the purpose of this study was to to examine expat Finns’ voting behaviour through case studies in major expat areas, to discover factors behind political participation abroad; obstacles and driving forces, ways to activate voters and fight “expat inertia”; to identify means to activate and engage expatriates politically and to identify networks and opinion leaders among expats affecting voting activism. 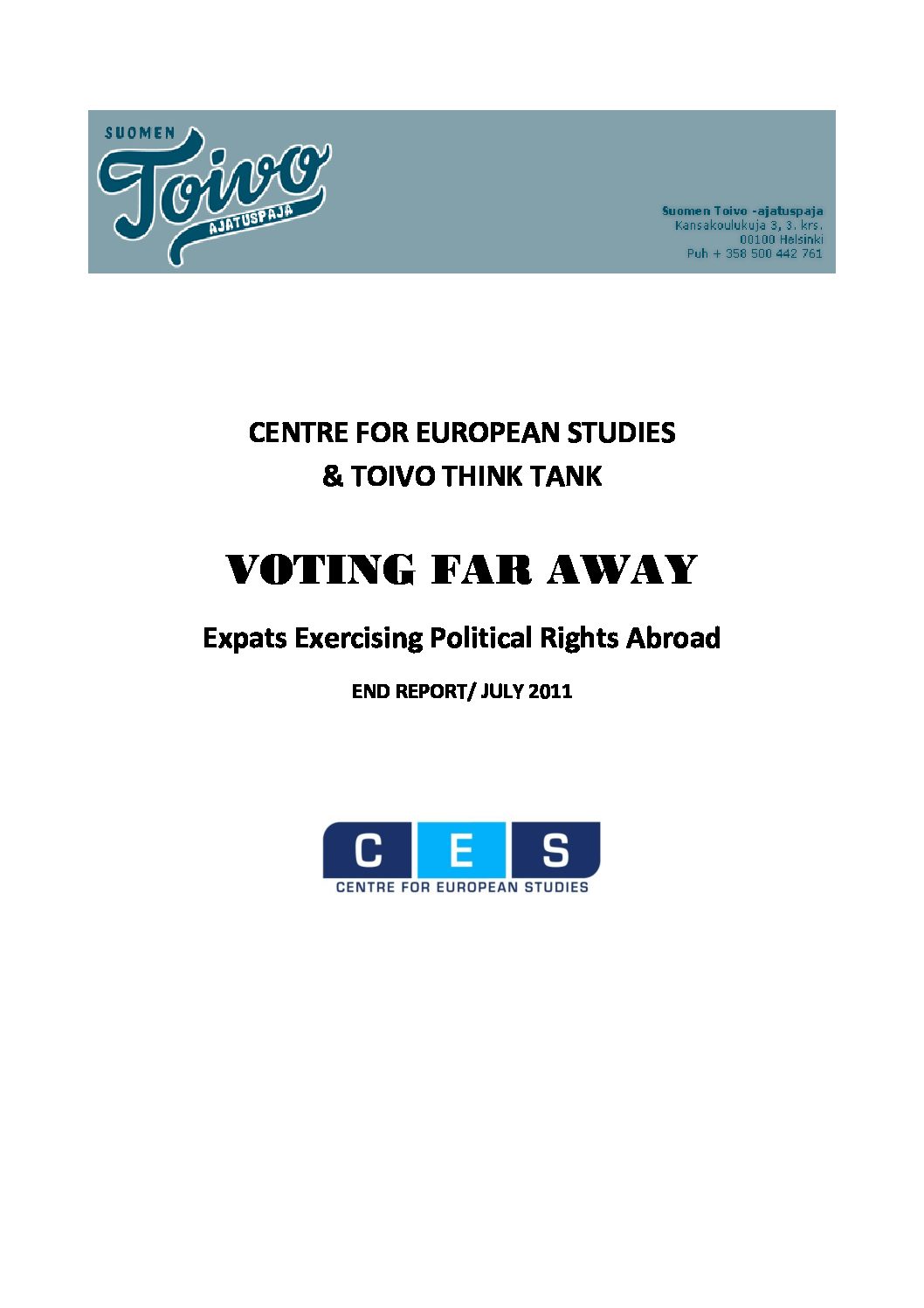