The Refugee Crisis: Towards better cooperation between Europe’s national governments

The current refugee crisis is primarily one of collective action between the EU’s national governments. This In Focus argues that without cooperation between the EU states, the situation is not going to improve.

Among the EU institutions, the Council, that brings together the heads of state and government, plays the decisive role in showing direction and facilitating agreement. As for specific policies, the EU’s dysfunctional asylum system, which is based on 28 national systems, needs to be reformed, including by allowing asylum applications in the countries of origin.

Member states need to start supplying Frontex, the EU’s external border agency, with personnel and equipment so that the border can be better protected. Turkey, which hosts the highest number of Syrian refugees, is the EU’s main partner in the Middle East.

The EU also needs a new deal between host countries and newcomers on the refugees’ integration into European societies. One side of this deal is for European governments and societies to demand that newcomers respect basic values, such as freedom of speech, equality between men and women and individual liberty. The other side of the deal is that those who are granted asylum are given opportunities in employment and civic and political life. 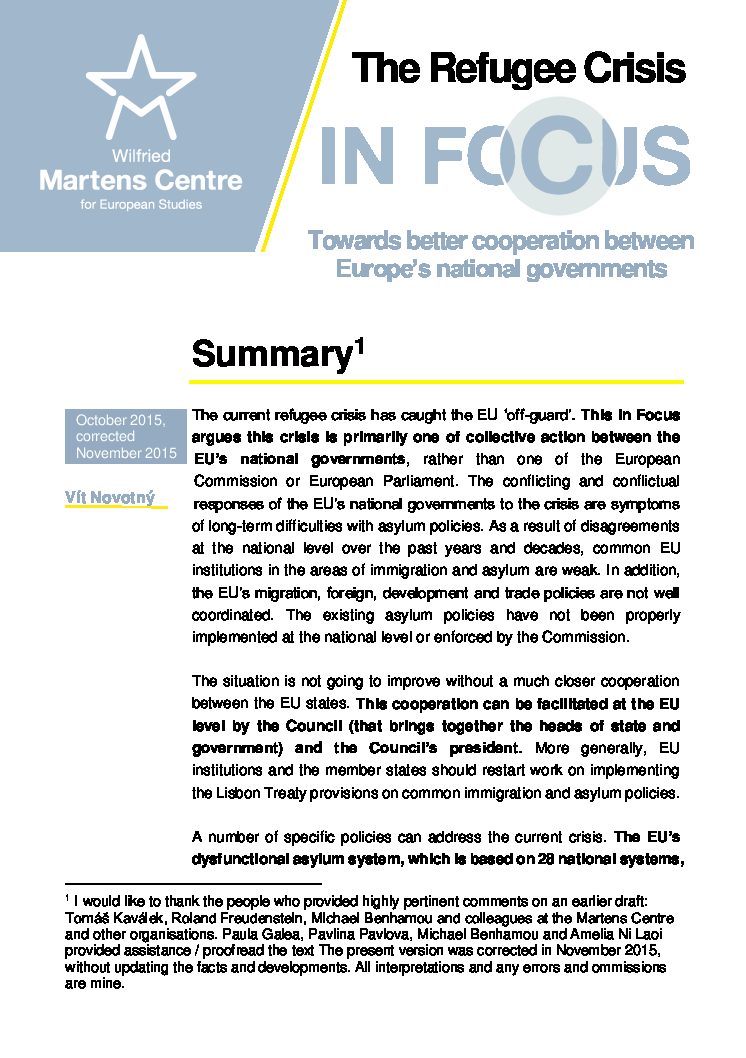