The  paper also contends  that  the  two  federalist philosophies most influential throughout European integration—those of Spinelli and Monnet— are founded on a unitary view of sovereignty and care little about protecting and retaining local state identities. On the contrary, within the Christian Democratic tradition there developed a bottom-up, culturally rooted federalism that was mindful of national and regional autonomy and averse to the concept of absolute sovereignty, be it national or European. Today, it is from this tradition that we should draw inspiration to redesign a more legitimate EU. 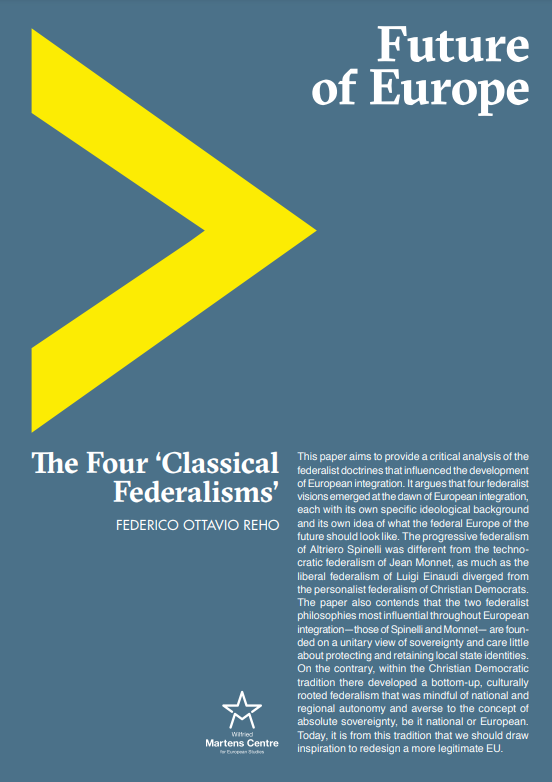