The EU’s Reform Cycle: Out with the old and in with the new? Romania and EU Growth dynamics

The EU’s uneven recovery from the economic turbulence of recent years has highlighted a fundamental shift in Europe’s growth dynamics. A new briefing by the Wilfried Martens Centre for European Studies argues that as much of ‘old Europe’ struggles to regain economic growth, several of the ‘new Europe’ member states of Central and Eastern Europe (such as Romania) seem poised to drive economic activity forward in the coming decade. This shift, allied to the significantly improved medium term growth prospects of ‘programme’ countries (Ireland, Greece, Cyprus, Spain and Portugal), illustrates the positioning of more peripheral EU member states as reform leaders who may act as the catalyst for longer term growth in the EU.

IN FOCUS is a new series of commentaries, in which the Martens Centre looks closely at current policy topics, dissects the available evidence and challenges prevailing opinions. 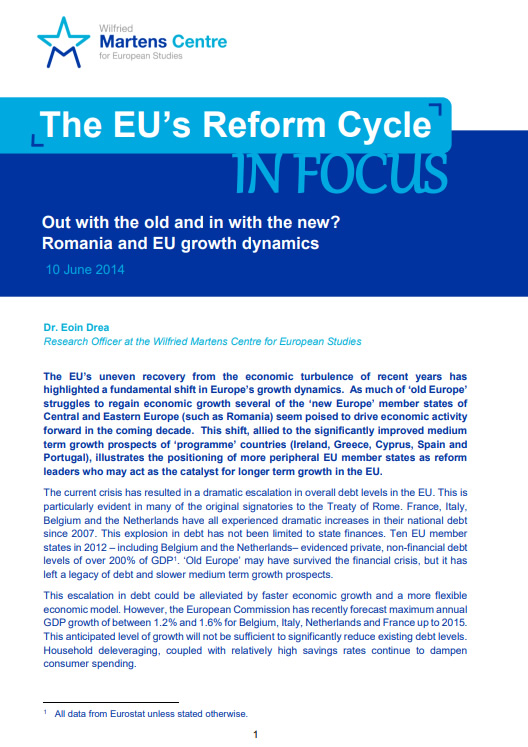