Telecoms Investment: 3 Steps to Create a Broadband Infrastructure for a Digital Europe

In the early 2000s, it appeared that the European Union would continue to lead the world in telecommunications. It accounted for the largest share of private investment in telecommunications infrastructure; it had six handset manufacturers accounting for more than half of the world’s phones; and a continental agreement on 3G/UMTS which became  the  global  mobile  standard.

But  the  EU’s  lead  was  short  lived. Instead the US and Asia emerged. Today there are no more European handset  manufacturers. 4G  eclipsed  3G. The  US  is  on  track  to have half of all its mobile broadband subscriptions as 4G by the end of 2016, while  Europe  will  struggle to reach 30 percent. There is over €100 billion of additional investment required to achieve the Commission’s Digital Agenda goals.

This note examines the reasons behind the EU’s decline in global telecommunications leadership, notably a confused approach to telecom regulation and a regulatory framework which actually deters European enterprises from investment and innovation. 3 solutions are proposed to help close the gap in investment and to strengthen European enterprises so that they can invest/innovate and stimulate the demand for digital services.

1. Removal of obsolete regulation on specific industries in favour of a general competition approach;

2. Update the competition framework to recognise the dynamic effect of digitally converged industries 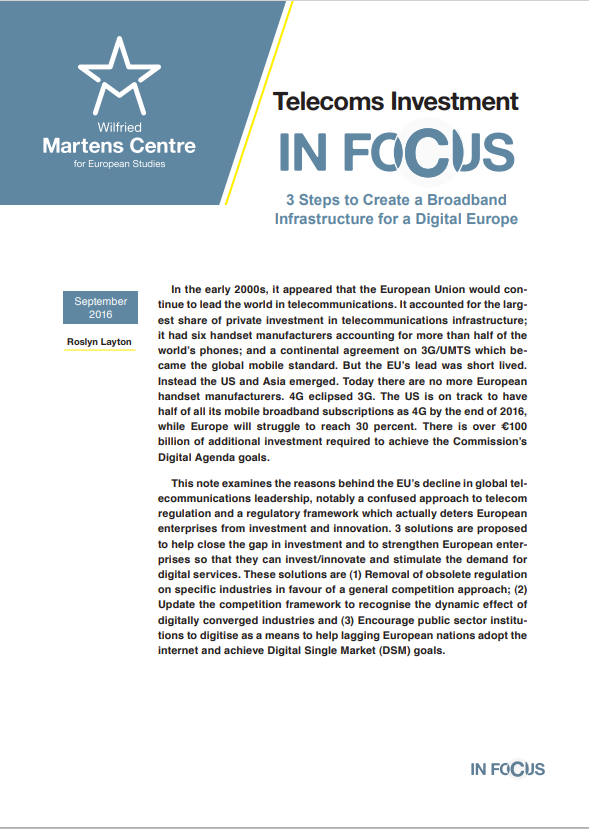 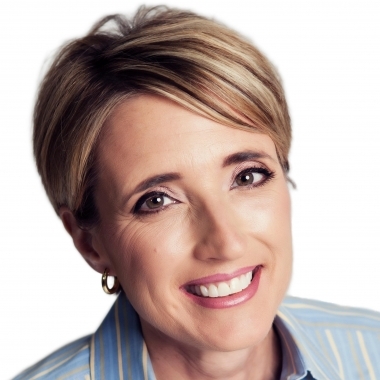