State of play in the Libyan Civil War

The recent deployment of Russian fighter jets to Libya is a dangerous escalation of an already complicated and bloody conflict, with a surge in civilian casualties. The civil war raging in Libya has, in effect, created a situation where outside powers (mainly Russia and Turkey) are vying for control of Libya’s future and trying to expand their footholds in the Eastern Mediterranean. This escalation not only affects Libya, but it is also impeding on the effort of solving other regional issues such as illegal trafficking of both people and drugs, terrorism, and border disputes in the Maghreb and Sahel regions. 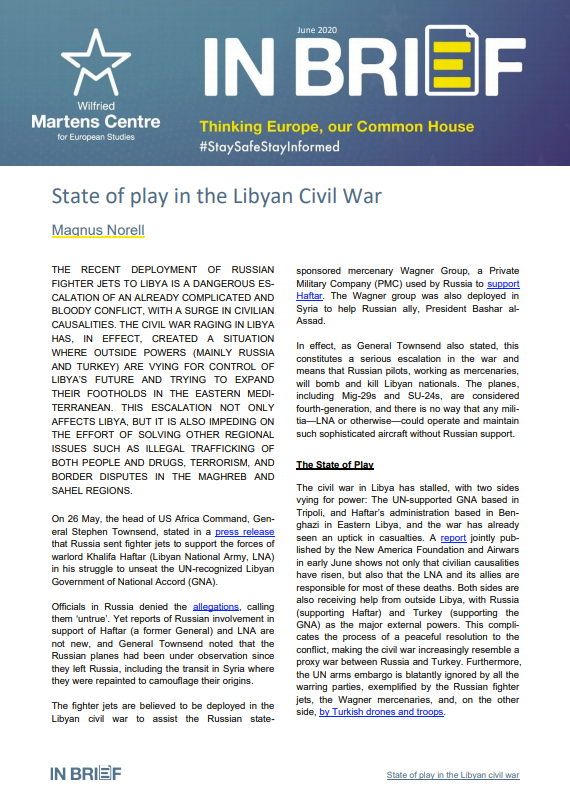