Security Policy: The Case for a Postmodern EU Defence Architecture

It is widely believed that Britain’s decision to leave the EU and Donald Trump’s election to the White House have strengthened both the case for and the possibility of an ambitious EU defence policy, perhaps even of an EU army.

This short paper  argues that, contrary to widespread fears, the EU can become a powerful security and defence policy player without adopting the hierarchical structures of traditional states and while maintaining decentralised defence responsibilities and a pluralist institutional framework.

Two relevant historical examples—the Holy Roman Empire and the Hanseatic League—are presented to draw general lessons on how the EU could accomplish this, thus becoming an effective ‘postmodern power. 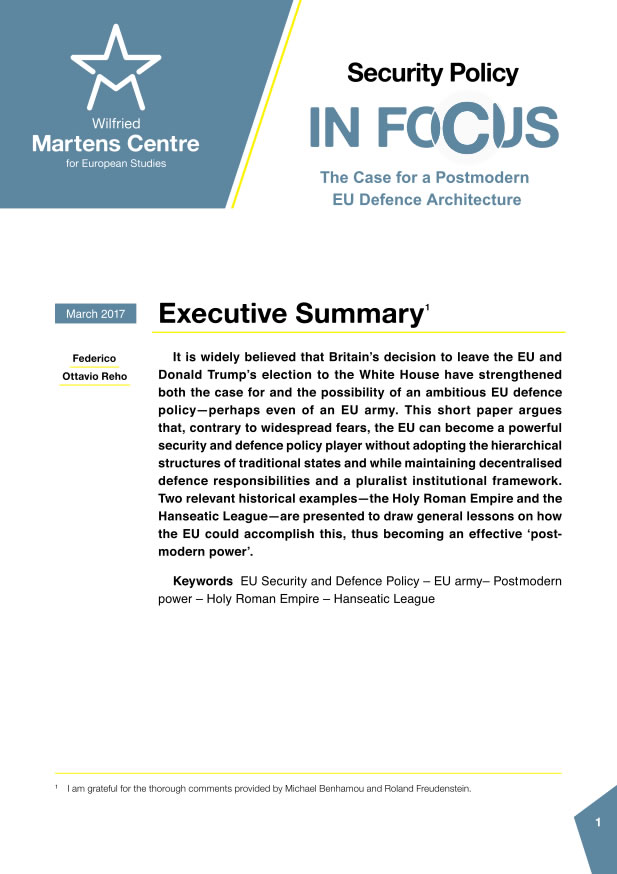