Politics of Identity: What Next after Multiculturalism

The failure of multiculturalism has been declared by many. Yet few have come up with alternatives to how Europe’s ethnic and religious groups can co-exist in our liberal democracies. This InFocus argues that Europe can benefit from the genuine desire that many immigrants have, to identify with the constitutions of their new home countries while maintaining elements of their own culture.

European and national policymakers should elaborate on the existing concept of multiculturalism, and they could learn from the US and Canadian approaches to integration. Europe’s centre-right political parties have a particular role not only in opening politics to immigrants and their descendants but also in forging strong national and European allegiances that are compatible with group belonging.

The jihadist terror attacks in Paris and Copenhagen in early 2015 starkly reminded us that not all is well with the integration of Muslims into European societies. Paradoxically, the public demonstrations in France that followed the attacks injected a degree of optimism into European public life. These moving and encouraging public displays demonstrated beyond doubt that France continues to be a country of liberty. The 3.7 million people who were on the streets also proved, in their support for tolerance and freedom of speech, that liberal democracy is not dead.

Nevertheless, if anyone still had doubts, European liberal democracy is facing a number of external and internal tests. Among them are dealing with group identities and with jihadist terrorism, as these identities’ extreme manifestation. Positively dealing with group belonging is a precondition to tackling the wider challenge, to create a sense of common purpose at the difficult times that Europe is experiencing. 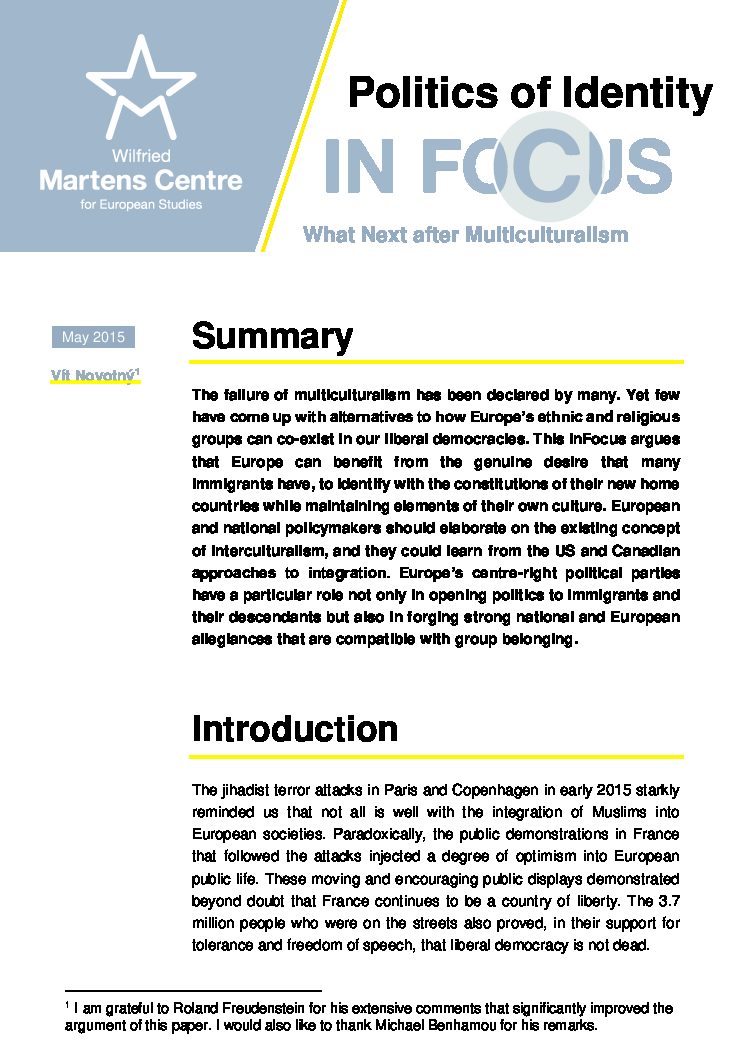