It is not easy to come to terms with the reality that Europe is once again facing an adversary at its borders. Making a shift in Europe’s policy towards Russia would be painful, with too many interests involved and too many years of demanding diplomatic work going to waste. However, the sooner Europe reconciles itself to the reality that Russia has been engaged in an undeclared war against the liberal values underpinning the peace and prosperity of Europe, the sooner it can find the right policy response.

Information warfare is an integral part of Putin’s assault on Europe. The scale and intensity of Russia’s information warfare capability has fully come to light in the country’s aggression against Ukraine. But, as this paper argues, these capabilities have been cultivated over many years and constitute an integral part of Russia’s new strategy for ‘hybrid’ or ‘non-linear’ warfare. This strategy uses military, criminal, intelligence, business, diplomatic, media, cyber and political techniques to achieve Russia’s goals.

This paper analyses the main elements of Russia’s vast, well-integrated and well-organised information warfare capabilities. It also deciphers the main messages of Russia’s propaganda machine in the West, concentrating on Russia’s efforts to undermine faith in liberal values and legitimise its claim to former constituent parts of the USSR. The paper examines how Russia is using its allies in European business and political circles to spread its message. It also provides recommendations for policymakers and nongovernmental actors, with a view to countering Russia’s propaganda. Europe is at war—an information war. Like any other war, this requires a defence strategy.

The West’s response to the Russian challenge should be better information, not more propaganda. Designing such a response will require developing delicately crafted policy options, constructing an appropriate institutional framework, allocating the necessary resources, and finding the right messages and messengers. 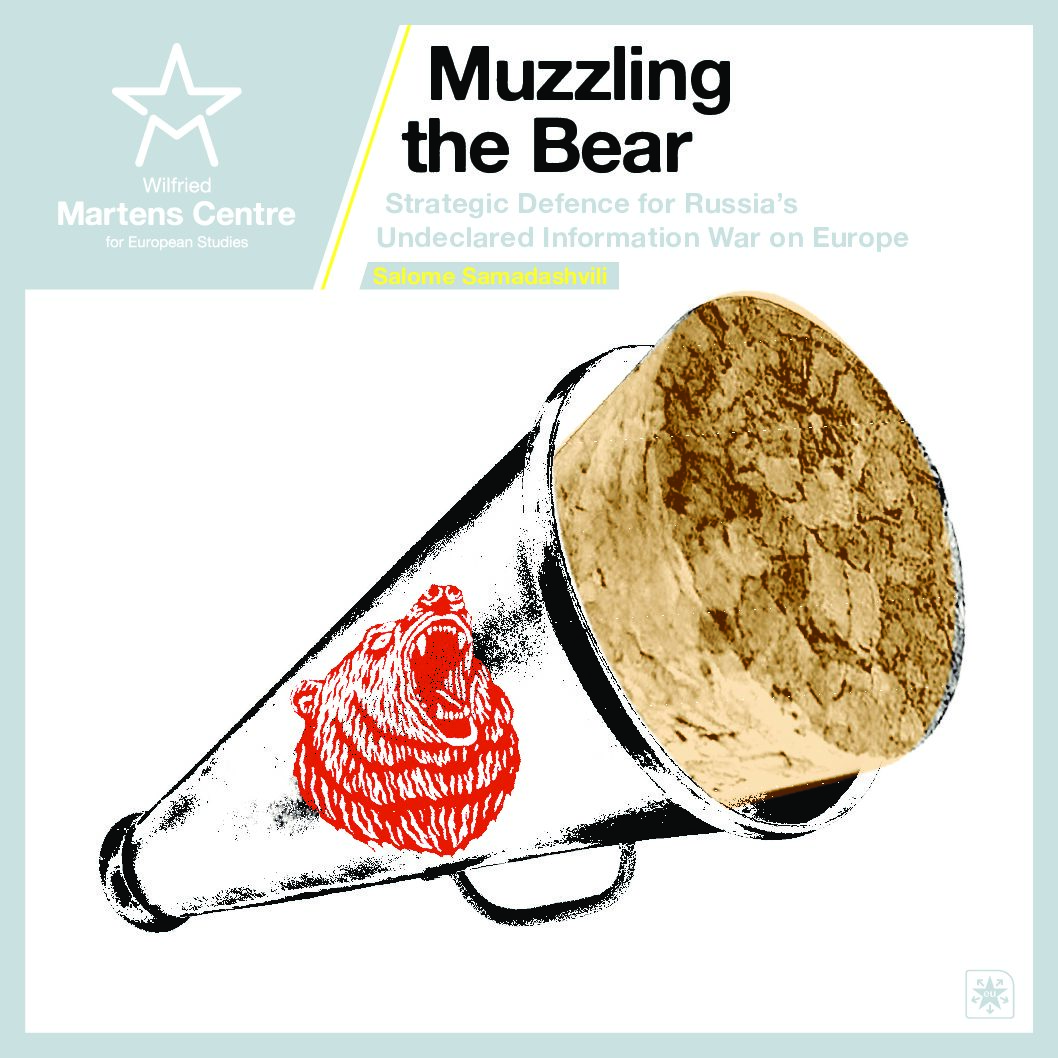