Fight against terrorism and Development Policy: Two Sides of the Same Coin

It is a common perception that poverty is fertile breeding ground for terrorism. Or at least, fuel for such activity. But not all poor areas produce extremism; we know where young men absorb extremist ideologies, and where, for instance, jihadists receive their training. In the beginning we bumped into the problem of definition; what is terrorism? What kind of terrorism are we looking into? Should we leave, say, separatist acts outside? Then the decision had to be made: this conference was to concentrate its efforts on understanding the logic and driving forces behind Islamist terrorism, and whether a better directed development policy could play any role in fighting it – given that poverty and lack of opportunities do play a role in an individual’s decision to join a radical group. Security in Europe – or globally, for that matter – is of course not entirely dependent on religious fanaticism. There are new threats we are aware of, and which we should better prepare for. There was also a question about the possible links between security and development, and how they interact. 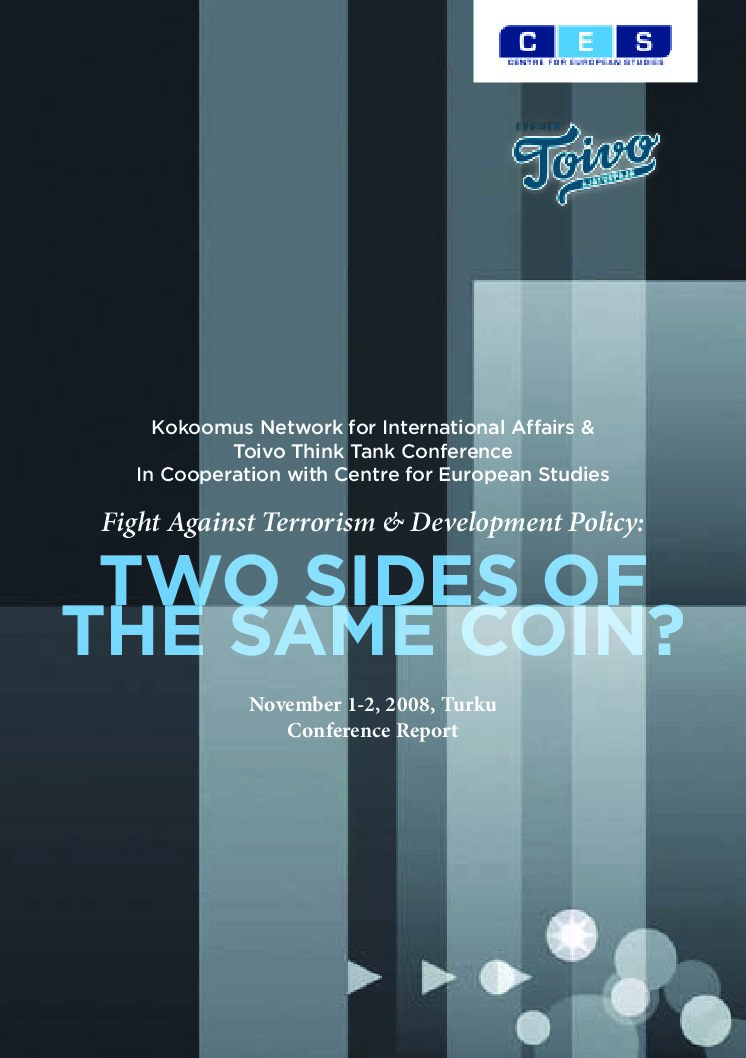