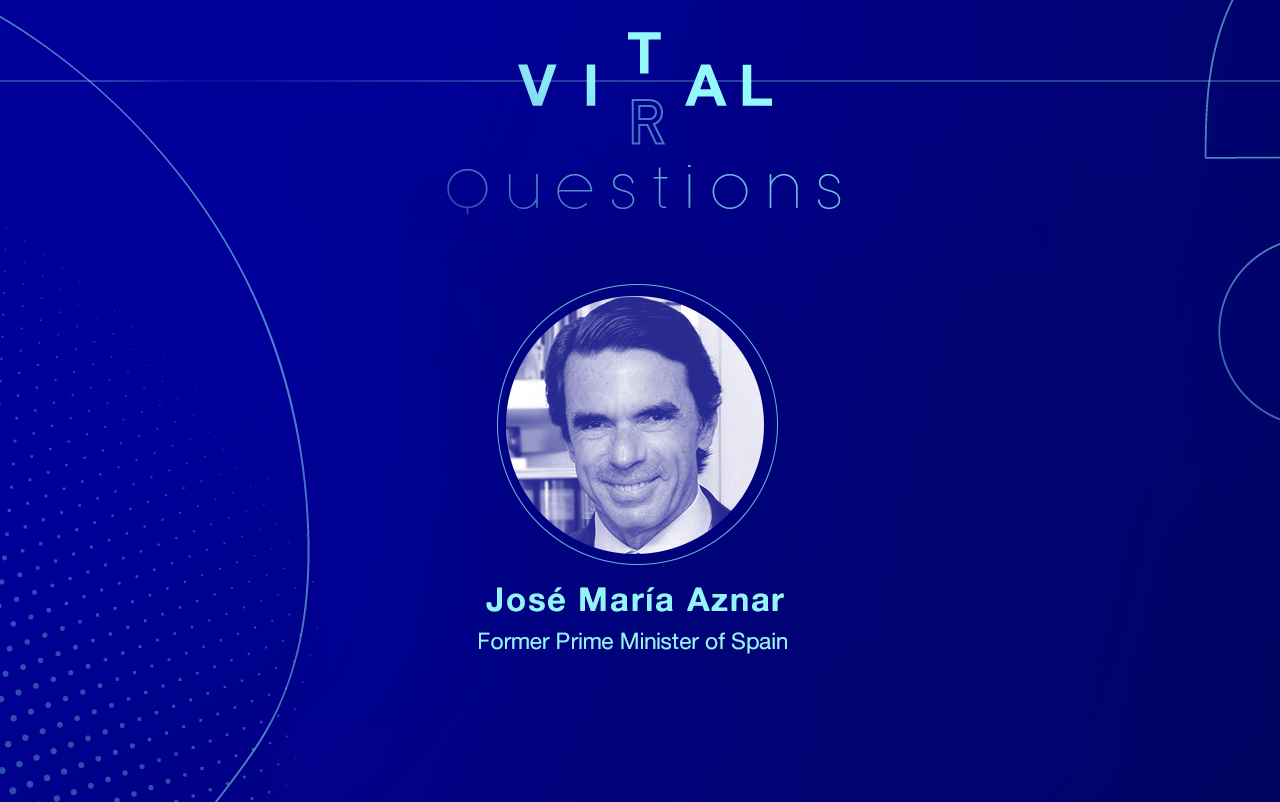 1. What is Putin’s end-goal? His rhetoric hints at regime change, but he has stated he does not wish to occupy Ukraine. What to make of these mixed messages?

José María Aznar, former Prime Minister of Spain: President Vladimir Putin’s objectives in Ukraine have shifted, from trying to influence Ukraine and prevent its entry into the Transatlantic Alliance and its rapprochement with the West, to invading Ukraine. The aim of the illegal and unjustified Russian attack on Ukraine is to end Ukraine as an independent country, to make it politically, militarily, and economically unviable and marginalised, and to bring it back into Russia’s orbit of influence. For Russia, victory in Ukraine could take several forms. It does not have to result in a sustainable solution. It could involve the installation of an obedient government in Kiev. Alternatively, defeating the Ukrainian army and negotiating a Ukrainian surrender could effectively transform Ukraine into a failed state. Russia could also employ devastating cyberattacks and disinformation tools, backed by the threat of force, to paralyse the country and induce regime change. Whatever the form, Russia seeks to ensure Ukraine is effectively separated from the West. Russia’s other objective is to reconfigure the European security order, created after the end of the Cold War, at the expense of the United States and the Transatlantic Alliance.

2. Despite their best efforts, Western diplomats were unsuccessful in deterring Russia’s invasion. What are the early lessons learned from this failure for the West?

Aznar: The West’s credibility in its confrontation with Russia was reduced to conventional deterrence (deterrence by punishment), counter-deterrence, and “deterrence by disclosure”. The first was the claim that if Russia invades Ukraine, the West will respond with severe economic sanctions, “never seen before”. Also, some NATO member countries have sent tonnes of defensive weaponry to Ukraine. The counter-deterrence, which was one of the West’s biggest mistakes in this crisis, was the declaration that they will not engage Russia in an armed conflict to defend Ukraine. Ruling out the option of presenting Russia with an enemy that could defeat it (the USA), gave wings to the Kremlin’s plans. One of the novelties of this war and of the American strategy has been “deterrence by disclosure”. Since the beginning of the tensions on the Ukrainian border, the USA was releasing intelligence information almost daily. In all previous wars, intelligence services presented the American government with “elements of judgment”, in order to make an appropriate decision in a conflict. This new strategy has not deterred Russia, but it has demonstrated that the West lacks a conventional war strategy vis-à-vis Russia. It has also shown that responding to a revanchist Russia with sanctions and rhetorical proclamations of a rules-based international order is not enough.

3. How should the EU respond to this aggression in your view?

Aznar: The EU has responded with all the instruments at its disposal: it has condemned the Russian aggression, has partially expelled Russia from the SWIFT system, and frozen the foreign currency reserves of the Russian Central Bank abroad, in order to deprive it of the capacity to cushion the shock of Western sanctions. However, these measures do not affect the energy sector, given that 41% of the gas imported by the EU comes from Russia. The effects of economic and financial sanctions will be seen in the long term, and will undoubtedly damage Russia’s economy. This war has shown that European defence depends on NATO and the Transatlantic relationship, so EU countries must increase military spending and ensure their defence within NATO and in coordination with the United States.