Finance expert: Sweden’s booming economy not what it seems 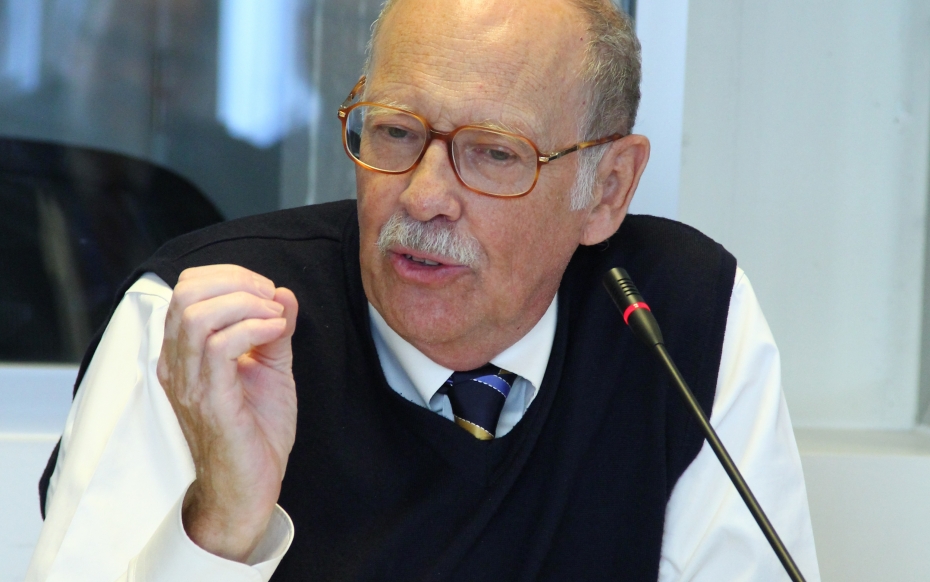 According to economy expert Lars Jonung, the two drivers of the Swedish economy, expansionary monetary policy and the very loose fiscal policies that had led to over 20 years of continuous property price growth are likely to result in a real estate bubble based on credit expansion.

Jonung, who is a Professor Emeritus with the Knut Wicksell Centre for Financial Studies at Lund University, made his remarks during an event organised on October 11, 2016 in Brussels by the Martens Centre as part of its Food for Thought Country Series.

Professor Jonung argued that monetary policy cannot correct this trend by itself, but only in combination with fiscal, tax and regulatory policies. The Country Series events are designed to provide a discussion of the economic challenges facing member states in the EU.

Sweden’s economy grew by 3.6% in 2015 making it one of the fastest growing economies in the EU.  According to European Commission data, in the short to medium term, economic prospects continue to look favourable with growth projected to moderate to 2.9% by 2017. Unemployment is projected to fall under 7% in 2016 with government debt stable at around 44% of Gross Domestic Product (GDP).

However, the Swedish economy faces a number of downside risks which jeopardise future growth potential. The arrival of over 160,000 refugees in 2015 poses longer term challenges regarding labour market integration.

To counter the rise of populists, the centre-right in Sweden will have to come up with long-term solutions and alternatives. MEP ​Gunnar Hokmark

Brexit and the potential for weaker growth among key trading partners also poses external risks. Internally, the dramatic rise in house prices and household debt is complemented by expansionary fiscal and monetary policies at government level, including negative interest rates.

To the question “Has Sweden reached the point of no return?”,  Jonung cited American economist Robert Aliber, who had in the past stated that a large number of building cranes on a city’s skyline was the sign of an upcoming crisis. “In Stockholm there are too many cranes”, Jonung concluded, “however a number of changes can still be made to give us a soft landing”.

Swedish Member of the European Parliament Gunnar Hokmark, also a speaker at the event, disagreed with Professor Jonung on the crane phenomenon, arguing that in order to cope with the high demand of housing in Stockholm, both a rise in prices and more construction is necessary.

According to him, addressing the challenges in the supply side of the economy is what Sweden needs. “Contrary to what many think, we are not a socialist country anymore, we are quite liberal. However, deregulation in the housing and the labour market are still needed”, MEP Hӧkmark stated.

Fredrik Erixon, Director of the European Centre for International Political Economy, a Brussels-based think tank, shared a rather pessimistic view about the future of Sweden. According to him, the Central Bank is the main source of monetary distortion. “Free money leads to a misallocation of resources, which will come back at some point and bite Sweden in the back”, according to Erixon.

During the Q&A session, several other points were raised such as managing the current levels of growth in a more sustainable way, investment and deregulation, as well as lessons learned from Ireland, Spain or Greece over the past decade.

The political consequences of any future economic slowdown were also raised, specifically how such a slowdown could strengthen populist political parties. A key issue raised by the panellists was that traditional centre-right political parties need to propose new solutions to combat the current economic imbalances.

Household debt in relation to disposable income in Sweden, the UK and the US, 1995–2014, with the Riksbank’s forecast for Sweden until 2019