CEE and Russia: when economic dependence translates into political influence 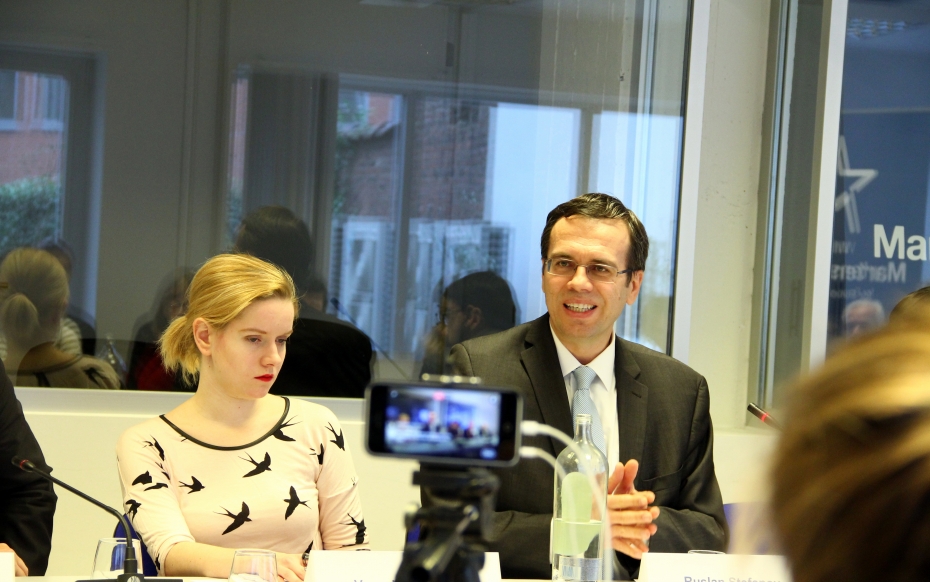 For Russia, business and state are indistinguishable. This was just one of the main takeaways of the event “Understanding Kremlin’s influence in Central and Eastern Europe”, co-organised by the Wilfried Martens Centre for European Studies and the Center for the Study of Democracy (CSD) on Thursday, 1 December 2016 in Brussels.

The event started off by presenting the main findings of The Kremlin Playbook: Understanding Russian Influence in Central and Eastern Europe, a CSD report in cooperation with the Center for Strategic and International Studies (CSIS), a Washington DC-based think tank. With ample qualitative and quantitative data, the study reveals the exact nature of Russia’s economic footprint in the domestic economies of Central and Eastern European countries, as well as its amplifiers.

“When think tanks produce publications like these, critical of Putin’s Russia, the Kremlin sees this as an existential threat”, mentioned Tomi Huhtanen, Executive Director of the Martens Centre, in his introductory remarks. Member of the European Parliament Paul Rübig, who sits with the centre-right EPP Group and is the longest-serving MEP from Austria acknowledged the importance of think tanks working together to counter Russian influence, as well as in the battle for facts in the media.

Ruslan Stefanov, CSD’s Economic Programme Director and The Kremlin’s Playbook project director underlined that no Russian oligarch is in a position to refuse Kremlin’s insistence and efforts to expand Russia’s economic influence, and that CEE countries are prime real estate for this influence.

Martin Vladimirov, another expert author of the Kremlin Playbook study emphasised that for Moscow the energy dependence of CEE is almost an issue of national strategic interest and gave the example of Gazprom which has been able to exploit economic governance deficiencies in the region to its advantage.

But what makes the CEE countries so vulnerable to Russia’s attempts of political patronage? Is it capitalism, EU disillusionment or communism nostalgia? There was a deeply held assumption that, when they joined NATO and the EU in 2004, these countries would continue their positive democratic and economic transformation.

Yet more than a decade later, the region experiences a decline in democratic standards and governance practices at the same time that Russia’s economic grip of the region is strengthening. According to Vít Novotný, researcher with the Martens Centre, these countries have been more focused on the anti-communist rhetoric and dealing with their communist past, rather than improving governance and transparency.

With older generations slipping into old mind frames, Veronika Víchová, analyst of the Kremlin Watch Programme of European Values, a Prague-based think tank, highlighted the importance of counteracting the sophisticated disinformation strategy of the Kremlin. She maintained that cooperation among different states is key for countering Russian influence, and both NATO and the EU will need to diversify and cooperate more to address Russian soft power, including misinformation, disruption and even cyber-attacks.