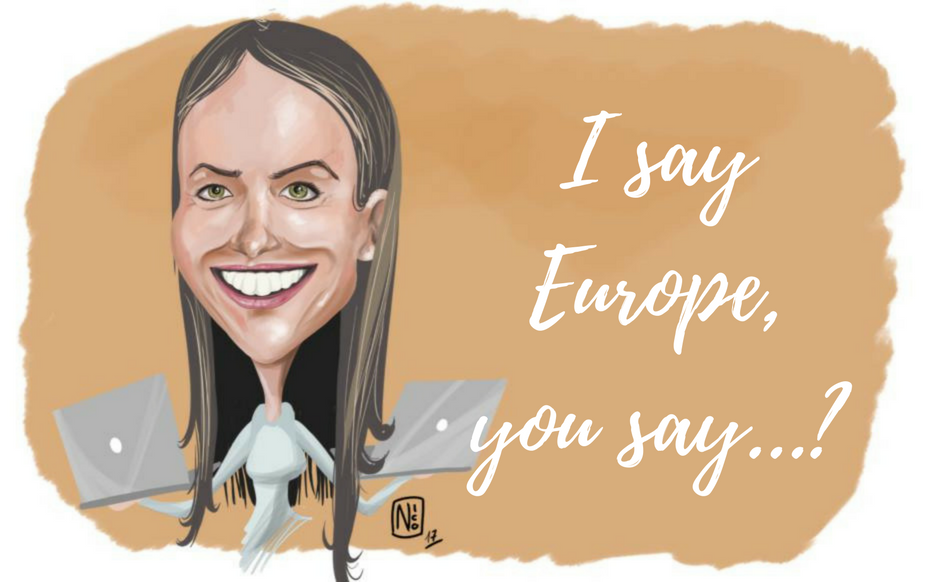 Ramón Luis Valcárcel’s question to you was: how do you think the EU could better contribute to equipping our youngsters with the digital skills needed to thrive in the digital economy?

There are two significant areas where additional effort is urgently needed. Firstly, improving teaching quality and equipping educators with the instruments and skills they require is key to offering an effective 21st century learning environment and promoting digital literacy. The way governments and communities recruit, prepare, support and retain teachers has a direct impact on the kind of training young people receive and how prepared they are for the demands of the modern labour market.

Secondly, the traditional, tired 20th century education model with its standardised assessment  tests, memorising and regurgitating facts, and subject knowledge disconnected from real-life context, is no longer enough. The learning experience of the future should be based around student empowerment, building key competencies, fostering an open and flexible learning environment and ensuring actual business and life opportunities are being presented and taken advantage of.

If you could have dinner with ANY European leader right now, who would it be and what would you ask them?

Digitalising the EU is one your passions in parliament, what obstacles remain to achieving a European digital single market?

The Digital Single Market Strategy is about transforming European society as a whole and making sure it can face the future with confidence. It is true that both technology and our daily lives are often changing at a much faster pace than policymakers can keep up with. However, we have been very quick in legislating on the Regulation for Portability of Online Content, which is a clear victory for consumers.

We have also worked on a report on digitising European industry, intended to lay the groundwork for a new Europe of technology, innovation and a skilled workforce. What lies ahead still are the e-Privacy regulation, the Directive on Digital Content Contracts and the Single Market Information Tool regulation, among others. It is our responsibility to resolve the remaining obstacles to a fully-functioning Digital Single Market and make sure that any legislation is as future-proof as possible.

If you were not an MEP right now, what do you think you would be doing instead?

A combination of two things, probably: helping communities get access to quality education and skills, in whatever capacity, and something more creative on the side – art or interior design, perhaps?

As we continue to grow and innovate the European data economy, do you think it is possible to strike a balance between digital innovation and protecting a citizen’s right to privacy online?

In my work I have always sought to strike a balance, so I don’t consider reconciling concerns around online privacy and the data economy to be impossible. Online privacy is of huge importance, of course, but it is also important to communicate what it actually means and how users can protect themselves. Many people, for instance, do not like the so called “cookie banner” and believe that all cookies out there are ‘bad’ or at least intrusive. This stems from a lack of understanding of what they are actually for.

Digital literacy is one of the main characteristics of a thriving modern society, and the process of raising awareness of our digital footprint and personal data should be led by businesses and NGOs as much as by the European Institutions. As we are trying to move forward, talking to citizens and businesses is a priority – we need to think carefully before introducing any legislation that could change the user experience of the internet as a whole.

Summertime is upon us, so please share with us your favourite holiday destination?

Bulgaria takes over the Presidency of the Council of Europe in 2018, what are the key priorities and challenges for Bulgaria during this 6-month tenure?

It has been proven that successful presidencies are based on effective administrative execution and extensive coordination with the other two members of the trio, as well as with the European Commission. In this regard the key priorities of the Bulgarian Presidency, due to be officially announced in the coming weeks, include security and migration, the debate on the Future of Europe with a particular focus on the Cohesion policy after 2020, and the future of the Western Balkans. Recent political developments in FYROM and Montenegro have pushed the region back to the top of the EU agenda, and being in immediate proximity, the Bulgarian government intends to bring up the topic and advocate for a decisive but forward-looking EU policy on the subject.

For a European perspective, what do you see as the key takeaways from the recent French presidential election?

Undoubtedly the loudest, clearest message from the recent Presidential and the first round of the Parliamentary elections in France is that people chose Europe. Their individual preferences for left- or right-wing domestic policies notwithstanding, the French did not fall in the trap of anti-EU populism. Another emerging trend in Europe, solidified by the French elections, is the rise of a new generation of young and dynamic pro-European politicians.

What albums and artists are on your phone right now?

As a young politician, how do you think we can better engage young people in the electoral process both domestically and at a European level?

Let’s seek to engage the bright and best young people of Europe not only through party ideologies but through issue-based projects. Young people today are much more practical and a lot less traditional. They dream, create and commit themselves to concrete initiatives, sometimes regardless of their political orientation. When we want to get the young passionate about Europe we have to tell the story of Europe and engages with both – their hearts and minds. They need to feel European in order to achieve for Europe.

Strasbourg is a beautiful city. I particularly admire its architecture, friendly people and young character. But I’m also a practical person and when it comes to functionality I believe the European Parliament could function better only from Brussels.

The West Wing or House of Cards?

Which EPP colleague would you suggest for our next interview? What would be your question for her or him?

Vice President of the European Commission Jyrki Katainen. I would like to ask him: what is your vision for Europe in 2040?