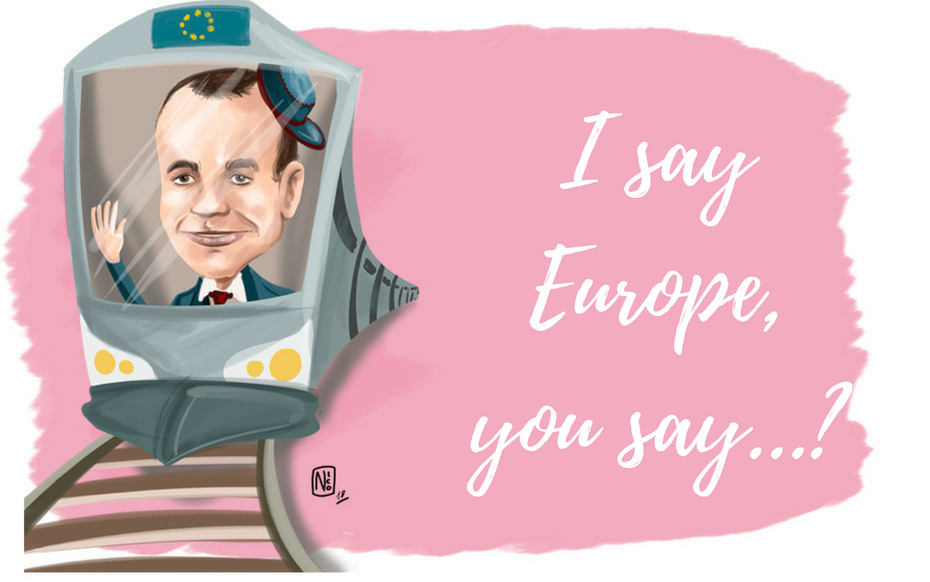 Democracy, rule of law, freedom, peace, our European way of life: the best continent to live in.

You have been nominated by MEP Roberta Metsola and her question was: “What do you think is the one issue which challenges every single EU Member State and individual EPP parties in each member state?”

Migration. If we do not manage to provide a comprehensive and united answer on this issue this year, radicals and populists across the EU could gain more ground for their activism.

If we don’t, the consequences are clear: the next European Parliament would be made up of even more anti-European members than there are now. We must solve the issue before the elections and deliver on it.

As the Chair of the EPP Group in the Parliament you recently had the chance to ask Mark Zuckerberg questions about data privacy breaches and the Cambridge Analytica scandal, which the public/we could watch online. Was there a follow-up after the hearing and what do you intend to do next in order to ensure the privacy of European citizens and to enforce GDPR?

Indeed, there was a follow-up. Additional questions were posed to Facebook and the answers were sent to us. Another hearing with Facebook officials took place. What conclusion have I drawn for the Zuckerberg hearing? Facebook only seems to take data protection seriously only if the legislator decisively intervenes or if there is a public scandal.

That is why Europe must continue bearing its teeth and discuss further regulations. We all know that trust is the currency in social media. Zuckerberg has responded to us because it is about the sustainability of his business model. Most probably, we cannot expect voluntary measures from this tech company.

A positive prejudice which majority of Europeans have about Germans is that you are super precise: why then is Oktoberfest in September?

Good question! As far as I know there are historical reasons for it. The first Oktoberfest took place at the beginning of the 19th century and was organized in honour of the wedding of the Bavarian Crown Prince Ludwig with Princess Therese of Saxony-Hildburghausen. This really happened in October.

Later they changed the beginning date because of the weather. It is not unusual to have a snowstorm in Munich in October. So this is more a Bavarian solution. Just for the sake of precision – yes I am German! – the last Oktoberfest weekend is always in October.

You have been quite outspoken on the EU-US trade conflict. The imposition of steel and aluminium tariffs by (President) Donald Trump could have a strong impact on the economic recovery of Europe. Do you think Europe should retaliate or what strategy would you advocate for?

The trade measures taken by the US against the EU can’t be justified. What security threat are we talking about? There is no dumping in the European Union, our prices must be kept uninjured. This is why I am advocating for a clear and firm yet proportionate European answer. Europe must defend its industry, jobs and interests.

Which is the most interesting myth about the EU you needed to bust in your career?

The most recurrent one: Germany is the “paymaster of the EU”. Facts and figures show that this is not true. In 2016, Germany transferred a total of 23.3 billion euros to the EU, of which 10.1 billion euros were returned to Germany as aid for structurally weak regions, for agriculture and for numerous training and employment programmes.

When it comes to payment per capita other countries like Luxembourg, Belgium or Ireland pay more to the EU budget than Germany. I always mention that no other European economy benefits from the EU internal market as much as the Germany’s. Almost two thirds of German exports go to Member States, and exports to the new Member States have developed much faster than exports to the rest of the world.

This year for the first time 15,000 18-year-olds will have the chance to travel around Europe with a free interrail pass, thanks to your flagship initiative. What place in Bavaria would you recommend they visit and why?

There are many exciting places to visit in my home region Bavaria: for example, the World Cultural Heritage City Regensburg or certainly Munich with its wonderful Biergarten places. For sure I would suggest visiting one of the jewels of my home region Lower Bavaria, the Weltenburg Monastery with its famous Asam church.

This is probably, besides the Neuschwanstein Castle, one of Bavaria’s well-known spots. As a personal tip: Visit the Bavarian and Bohemian Forest in Bavaria and the Czech Republic, which includes a national park crossing the borders. It is truly a beautiful region.

In the framework of the recently held EYE in Strasbourg we witnessed a lip-sync battle between MEPs: If you were to participate in a similar setting, whom would you like to team up with and which song would you pick?

Great that I would only have to move my lips! Anyway, for this kind of challenge I would like to team up with my EPP Group colleague Tomas Zdechovsky from Czech Republic. He is a very good singer and a rapper. I am sure that he would not let me down. As for the song: maybe “Smoke on the water” from Deep Purple.

You attended the summit on the Western Balkans in Sofia in May where you outlined the importance of putting the region at the forefront of the EU decision-making process. Do you think that in the scope of the enlargement policy, countries should be assessed case by case or you are more prone to assessing the region as a whole?

Serbia, Montenegro, Albania, Kosovo, Macedonia and Bosnia and Herzegovina are part of Europe and therefore need our support and stabilisation. However, EU accession is only possible if the countries fully meet all criteria and standards. There is still a long way to go and we hope that the Western Balkans will deliver.

Already, we are less than a year away from the European Elections. Recent polls have indicated that pro-EU sentiment is growing but also that the younger generations remain more reluctant to participate. You have been politically active since a very young age so I would be curious to hear what type of strategy Europe could employ to increase the overall turnout of youngsters, regardless of the political affiliation?

I have the impression that young people are very interested and even enthusiastic when it comes to Europe. Yet the challenge will be to get them to vote, but I am quite confident. The last Eurobarometer shows that the trust in the European Parliament has never been higher than it is now.

It is great that we have now the DiscoverEU project, which allows 18 year olds to travel for free throughout Europe. If they see the beauty and diversity of this continent, they will want to get more engaged and may vote. However, the important point to make is that the European elections are about the future of this continent, about defending our way of life and the European project itself.

Choose one of the following: apfelstrudel or waffle?

Apfelstrudel! Yummy! One of my favourite desserts.

European Parliament of course, because the parliamentary democracy is the future of Europe.

I am nominating my Dutch colleague Esther de Lange. And my question is: What do you think could be the best way to open up what is sometimes perceived as the black box, the European decision-making process, to the people?